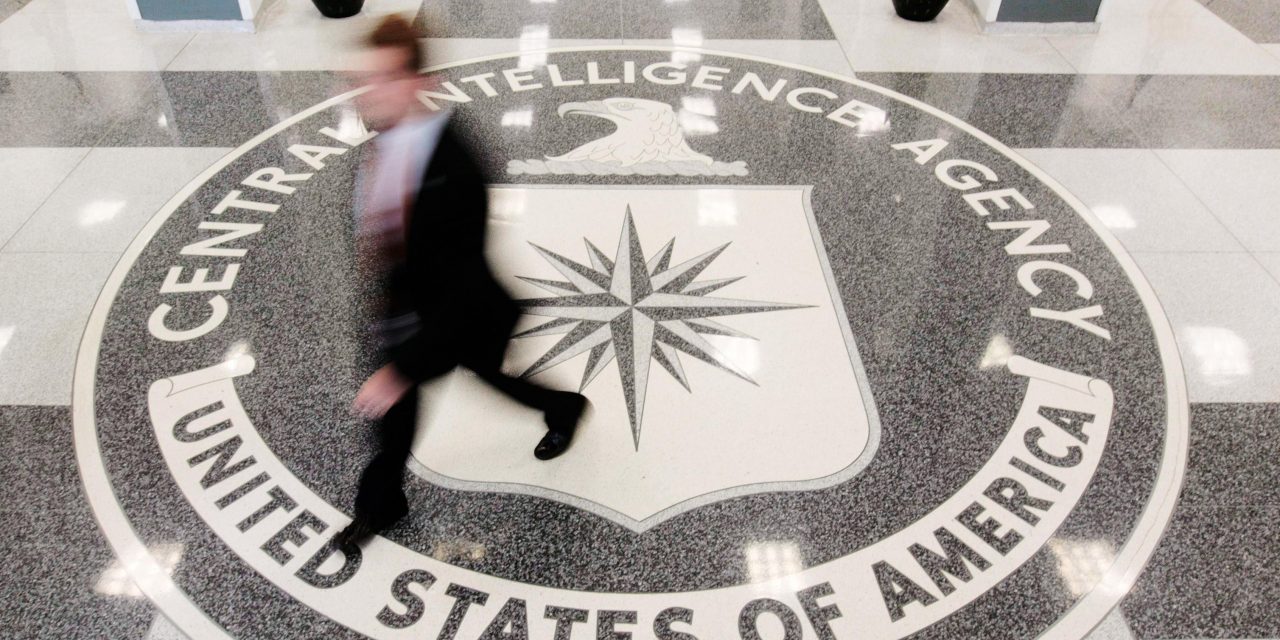 “We draw on decades of senior-level experience—with emphasis on cyber-intelligence and security—to cut through uninformed, largely partisan fog. Far from hiding behind anonymity, we are proud to speak out with the hope of gaining an audience appropriate to what we merit – given our long labors in government and other areas of technology. And corny though it may sound these days, our ethos as intelligence professionals remains, simply, to tell it like it is – without fear or favor.”

“Thanks largely to the material released by Edward Snowden, we can provide a full picture of NSA’s extensive domestic data-collection network including Upstream programs like Fairview, Stormbrew and Blarney,” they wrote. This gives the agency “unparalleled access to data”  transmitted both inside and outside the U.S. They also provided five slides to detail the various programs reach to prove their point:

The officials also explained the difference between a hack and a leak and how they based their own findings:

“We have gone through the various claims about hacking. For us, it is child’s play to dismiss them. The email disclosures in question are the result of a leak, not a hack. Here’s the difference between leaking and hacking:

Leak: When someone physically takes data out of an organization and gives it to some other person or organization, as Edward Snowden and Chelsea Manning did.

Hack: When someone in a remote location electronically penetrates operating systems, firewalls or any other cyber-protection system and then extracts data.”

They also pointed out that the statements by anonymous intelligence officials contain no definitive language, instead using unsure opaque phrases like “our best guess” or “our opinion” or “our estimate.” The experts argue that neither the NSA, nor the CIA, has produced any evidence of hacking. Such evidence, they attentively express, can be easily produced “without any danger to sources or methods.”

It has now been revealed that NBC’s reporter behind the Putin claims is a CIA mop-up man named Ken Dilanian. He once sent stories to the CIA for review, according to The Intercept.

CIA's "mop up man" Ken Dilanian is the NBC 'reporter' used to channel claim about president Putin + US election https://t.co/GOci4EWwdv

The officials also mentioned the NSA’s capabilities that “In sum, given what we know of NSA’s existing capabilities, it beggars belief that NSA would be unable to identify anyone – Russian or not – attempting to interfere in a US election by hacking,”

They draw the conclusion that the servers that were allegedly hacked by Russia “were, in fact, not hacked” at all and that the emails disclosed by WikiLeaks, DCLeaks and others were leaked from the inside potentially, in the intelligence agencies themselves.

“Such an insider could be anyone in a government department or agency with access to NSA databases, or perhaps someone within the DNC.”

We are in very dangerous, desperate times, but luckily we have allies in the government who are sick of corruption. These brave men and women have come forward to tell you the truth.

The DNI and FBI also are not convinced that the Russian government hacked the election stating, “a lack of conclusive evidence that Moscow intended to boost Trump over Democratic opponent Hillary Clinton.”

None the less, some in the Senate and the House, as well as some electors in the electoral college, want briefings on the CIA’s findings. The CIA has refused to brief officials in Congress on the matter, so I doubt they will brief electoral college voters.

“Reading our short memo could save the Senate from endemic partisanship, expense and unnecessary delay,” wrote the former CIA and NSA spies, part of the Veteran Intelligence Professionals for Sanity (VIPS), adding that “harder evidence of a technical nature points to an inside leak, not hacking – by Russians or anyone else.”

With the CIA depending on the NSA for communications intelligence, “it remains something of a mystery why the media is being fed strange stories about hacking that have no basis in fact,” the veteran intelligence officials wrote.

“The bottom line is that the NSA would know where, who and how any “hacked” emails from the DNC, HRC or any other servers were routed through the network. This process can sometimes require a closer look into the routing to sort out intermediate clients, but in the end sender and recipient can be traced across the network.”