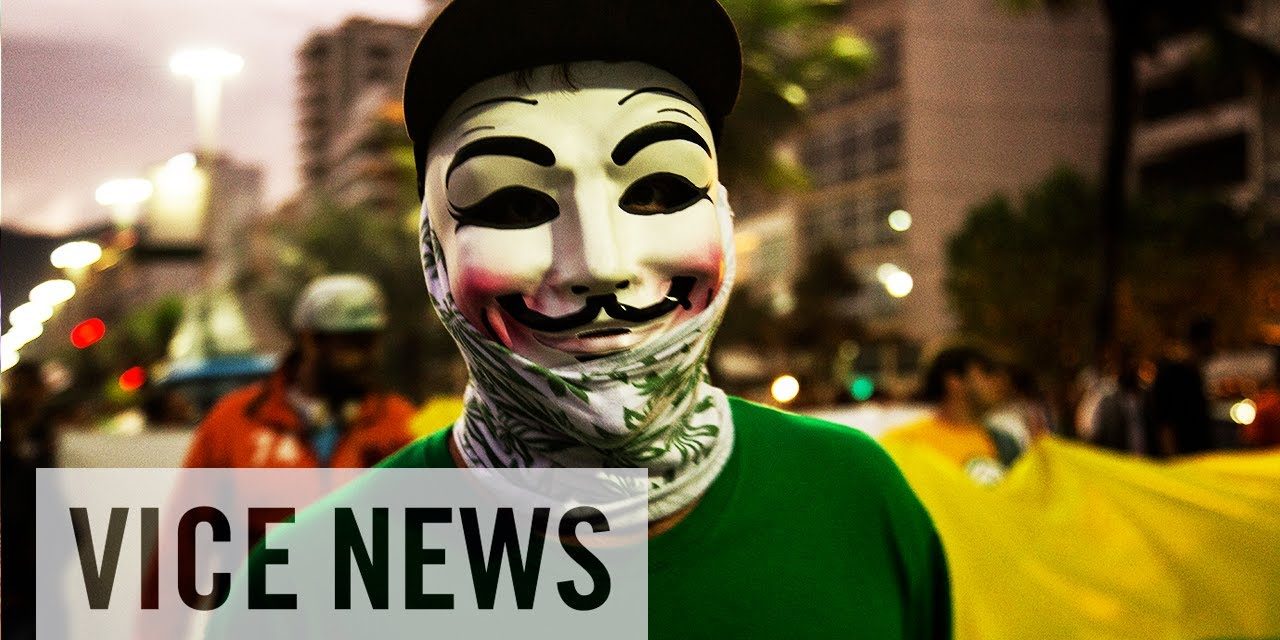 Robbie Martin, director of the documentary series ‘A Very Heavy Agenda,’ joins Mnar Muhawesh on ‘Behind the Headline’ to discuss how VICE became a government lapdog pushing pro-interventionist messaging to a millennial audience wary of the government.

I’m talking about the multimedia empire that’s leading the mainstream media machine in producing “edgy” reporting behind a hipster, cooler than thou facade.

As a brand, VICE is built around an anti-establishment vibe that’s always feeling the pulse of the fringe. So how did VICE go from producing a niche magazine in Canada focused on street style and sex, to being a bona fide multimedia empire that includes a popular website, growing digital footprint, and partnerships with major corporations?

The shift happened gradually. There was $200 million from Disney and another $70 million from 21st Century Fox that made Rupert Murdoch a major owner. One talk show sponsored by Bank of America, and another hosted by career Islamophobe Bill Maher. World-famous puppet master George Soros, who funds coups in favor of NATO, got his own segment. Throughout all of this, VICE Media expanded by quietly embracing the very corporate and government entities that hold the least credibility with its own, young audience.

While positioning itself as a ballsy, no-holds-barred alternative to the mainstream media, it’s actually become the mainstream media. VICE Media hasn’t just sold itself out to the neocon agenda, it’s also normalized that agenda among its audience through its growing digital platform.

Sure, sure, VICE still bucks the government line on issues like marijuana legalization and does stories on what people wear to get laid.

But on matters of foreign policy, VICE’s tone tends to align with Washington’s maneuverings, including the re-emergence of Cold War narratives pushing “Russia-phobia” and justifying NATO’s aggressive posturing toward Russia in Ukraine and Syria.

As a news outlet, VICE has become a tool of soft propaganda. Its reporters frequently cite outlets like Voice of America and Voice of Asia, broadcasters which fall under the umbrella of the U.S. state-sponsored Broadcasting Board of Governors that pushes U.S. interests abroad.

Robbie Martin is here to explain how VICE towing the line of the establishment and how it managed to sell mainstream narratives to its anti-mainstream audience, and why it’s so dangerous.

Watch the full episode of Behind The Headline: Tracking VICE’s Hipster Propaganda; The Death of the Anti-War Left:

This article first appeared on MintPressNews.com and was authored by Mnar Muhawesh.