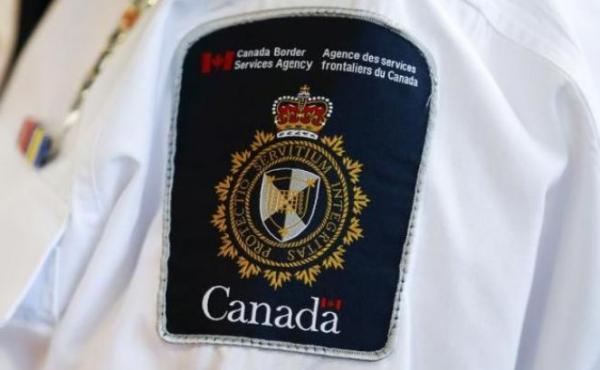 A couple of days ago we noted that Mexican immigrants were suddenly flooding into Canada to avoid deportation from the U.S.  The increase in northern border crossings came, at least in part, courtesy of Canada’s decision to lift visa requirements for Mexican ‘tourists’ as of December 1st.  Per the new rules, rather than a visa, under Trudeau’s administration, Mexicans are now only required to have a so-called Electronic Travel Authorisation (ETA) which can be purchased online for CAD $7.

Unfortunately, while Canada’s relaxed travel requirements were applauded as an enlightened, progressive alternative to Trump’s xenophobic, racist approach to immigration, under the surface, Canada’s policies still function much like Trump’s proposals.  As Mexican immigrants are suddenly finding out, while Canada is happy to host ‘tourists’ from our Southern neighbor, getting a work visa can be nearly impossible and Mexicans with a criminal record are not welcome.

All of which has resulted in a record number of Mexicans being detained by Canadian border officials in the opening months of 2017.

The CBSA can detain foreign nationals if it is believed they pose a danger to the public, if their identity is unclear or if they are deemed unlikely to appear for removal or for a proceeding.

Meanwhile, Canadian border officials are already starting to question Trudeau’s relaxed immigration policies as over 70,000 ETAs have already been issued in a matter of months.

Canada issued 72,450 travel authorizations to Mexican citizens between Dec. 1, 2016, and March 10, 2017 – a significant increase compared with a similar period when visas were required.

Canada’s Immigration and Refugee Minister Ahmed Hussen has said his department is monitoring the situation.

“It would be premature to draw conclusions or to speculate on future policy at this point,” Hussen’s spokeswoman, Camielle Edwards, wrote in an email Friday evening.

Don’t you just love it when a beautifully planned out ‘progressive’ policy gets crushed by reality?

For those who missed it, here is our previous note:

Canada has been applauded in recent months for its decision to lift visa requirements for Mexican ‘tourists’ as of December 1st.  Rather than a visa, under Trudeau’s administration, Mexicans are now only required to have a so-called Electronic Travel Authorisation (ETA) which can be purchased online for CAD $7.

As one media outlet praised, the move “provides a stark contrast to proposed policies from the US president-elect Donald Trump, who has said he will immediately deport between two and three million illegal immigrants and will build a wall along the US-Mexican border.”

Not surprisingly, news of the rule changes in Canada quickly made the rounds in the migrant community with one recently-deported Mexican nationalist declaring that “For those without documents, I think (the United States) is over. Now it’s Canada’s turn.”

Sure enough, in just the three months since Canada’s visa rules were relaxed, the number of Mexicans interested in “vacationing” in Canada has soared over 300%. Sure, who wouldn’t want to abandon the sweltering 70 degree heat in Mexico for a relaxing vacation in the frozen tundra of our northern neighbor in the dead of winter…it just makes sense.

Canadian government data shows a tripling of Mexicans seeking to travel to Canada in the three months since the visa requirement was shelved.

It is not a firm indicator as many people could be genuine tourists. But tie it to a surge in calls and emails to immigration lawyers from recently arrived Mexicans looking for work permits, as well as the accounts of deportees like Rita and Mexicans already in Canada, and it suggests a new migration pattern may be emerging.

Seven immigration lawyers, consultants and activists told Reuters that requests for legal advice from Mexicans who had entered Canada since Dec. 1 had roughly tripled compared with the same period in 2015-2016.

Between December and late February, Canada has granted more than 61,500 eTAs (Electronic Travel Authorization forms) to Mexicans, about triple the number of quarterly tourist applications received in the year before the visa requirement was scrapped, official Canadian data shows. The true scale of Mexican immigration will only become fully apparent in June, when early arrivals on these eTAs are due to leave.

Flight bookings from Mexico to Canada also swelled 90 percent in January and February versus the same period in 2016, according to travel analysis company ForwardKeys, which reviews all major travel agency bookings. It is unclear what percentage of those bookings were made by people looking to work illegally in Canada. 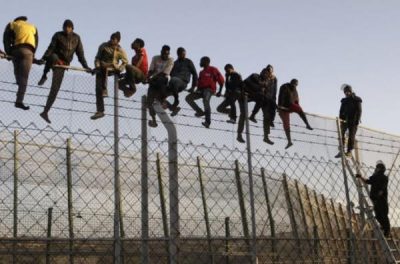 Of course, the problem with relaxed immigration policies is not attracting additional ‘tourists’ to your country but getting them to go home once their invitation expires.  As one migrant who recently immigrated to Toronto told Reuters, once his time as a ‘tourist’ expires he’ll have no choice but to “stay and work illegally.”

In 2015, Victor Avila, a 37-year-old architect from Oaxaca, returned home voluntarily from the United States after five years working illegally in Freehold, New Jersey. Shocked by the low wages in Mexico and traumatized by the local murder of his brother, he applied for an eTA.

Avila arrived in Toronto a few weeks ago and found work in a restaurant. He was in the process of applying for a work visa, but said he would stay on illegally for a year if it wasn’t granted.

“I think for many of us in Canada, there’s no other option but to stay and work illegally,” he said.

Unfortunately, while Canada’s relaxed travel requirements were applauded as an enlightened, progressive alternative to Trump’s xenophobic, racist approach to immigration, under the surface, Canada’s policies function much like Trump’s proposals.  As immigration lawyers point out, while ‘vacationing’ in Canada is easy, getting a work visa can be nearly impossible and Mexicans with a criminal record are not welcome.

Many Mexicans believe the eTA is all they need to set up in Canada, but in almost all cases they are wrong, immigration lawyers said. The eTA does not even guarantee entry.

Even if they get past the airport, many low-skilled Mexicans hoping to work illegally are likely to be disappointed, lawyers said, noting that it’s difficult for those entering on tourist visas to get work permits without an employer’s sponsorship.

Some Mexican visitors told Reuters that Canadian immigration officials went through their phones and asked tough questions designed to trip up those seeking to stay and work illegally. While some got through, others were sent home.

Canada says those convicted of crimes, as well as gang members, are inadmissible, making it hard for criminally convicted Mexicans deported from the United States to enter.

Alejandro Becerra’s experience is a cautionary tale for Mexicans dreaming of a new life in Canada.

The 30-year-old former bankteller from Mexico City got a job offer to work in construction in Toronto and flew to the city on Feb. 7 on an eTA.

Becerra told a border official at the airport that he was coming as a tourist and showed him his return flight. The official didn’t believe him and examined his phone, where he found messages discussing Becerra’s job in Toronto.

Becerra spent the night in a detention center, and the next morning he was taken in handcuffs to a plane that would return him to Mexico.