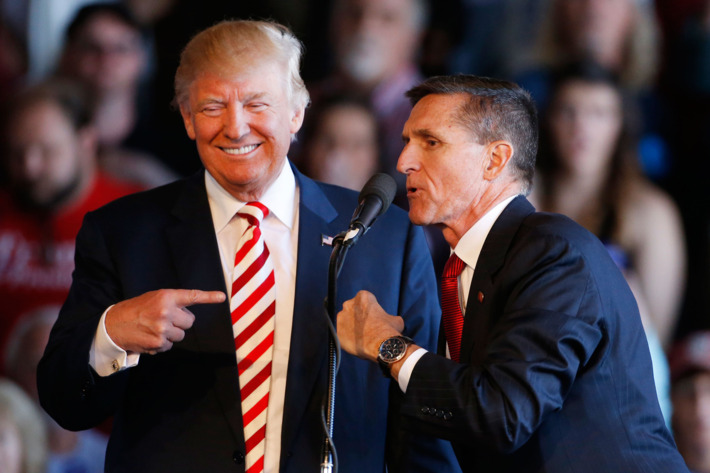 Reports have surfaced recently claiming that President Trump’s national security adviser, Michael Flynn, is in jeopardy of losing his job at the White House over a phone conversation with Russia.

The White House is reportedly considering “whether to retain Flynn amid a furor over his contacts with Russian officials before President Donald Trump took office” according to one administration official.

Watch the full video below: