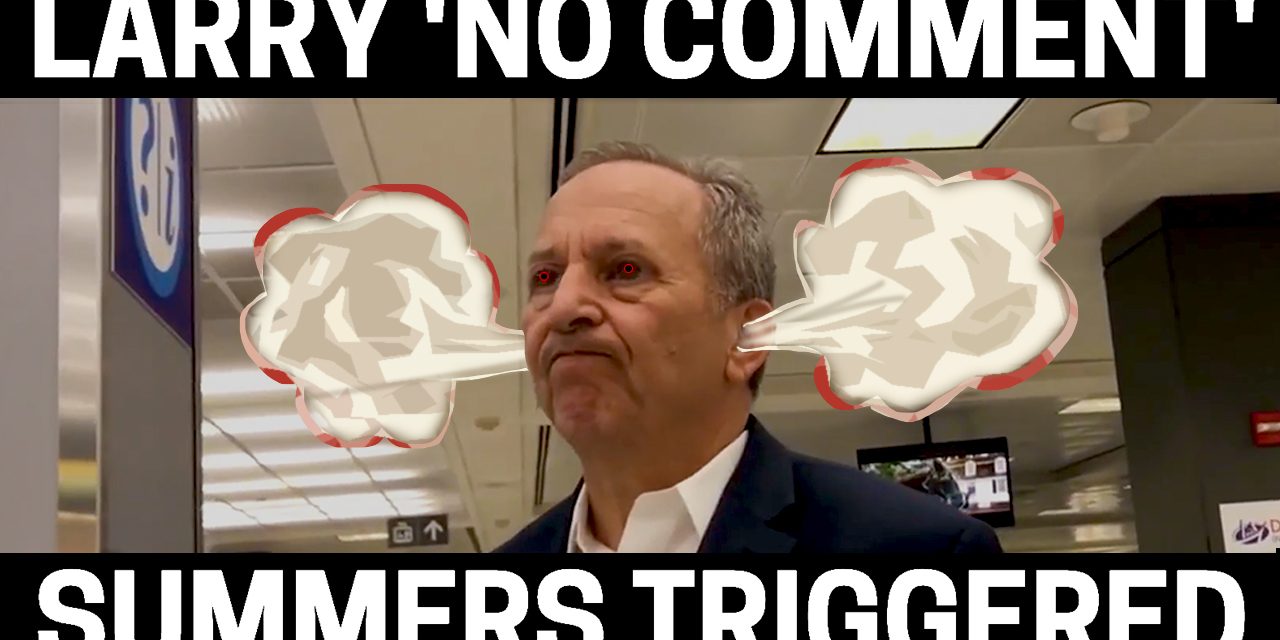 Beginning his approach of Larry Summers (CFR, Trilateral Commission, bankster) Luke begins by introducing himself as Luke Rudkowski from We Are Change, and asks if there is anything he can get for him.

Summers asks him where he’s from and Luke responds ‘We Are Change’. Summers looks confused, and Luke declares ‘independant media’ and Larry immediately scoffs, throws up his hand and says ‘Nah, no thanks!’.

Apparently he only talks with fake news outlets that have pre-approved questions.

Luke offers him more help by telling him there’s a stain on his shirt.  Summers states he is aware of the stain, says ‘no thanks’ and then stubbornly remarks ‘no comment’ over and over again in different tones of voice while being questioned.

Luke and Dan Dicks take turns asking questions and disclose that they want to talk with him so they can end some of the speculation and mystery surrounding Bilderberg.

Summers finds a place to sit down, and says he would appreciate being left alone.

Dan informs Summers that his silence is loud and clear.

When Summers was leaving the airport, Luke asks him to comment on the Glass Steagall Act (a.k.a the Banking Act of 1933), which was designed to prevent banks from selling securities and using their depositors funds for high-risk investments. It also created the FDIC, and gave the Federal Reserve power to regulate the retail banks.

The whole time Summers appeared to display awkwardly fake smiles, worried, or angry like wanted to punch someone.

Let’s look a bit into Larry’s life so far:

Larry Summers is an economist, he served as president of Harvard from 2001-2006.  He is also a longtime member of the Council on Foreign Relations (CFR), and the Trilateral Commission, both of which promote world government. He is also involved with the Group of Thirty (G30), a group of international bankers and economists that have enormous influence on geo-politics and the economy.  Summers is quite well off, raking it in from several banking firms including Goldman Sachs.

Check out our Bilderberg playlist on Youtube for more elitist-exposing excitement!

THANK YOU so much for supporting We Are Change!
We are empowered by your donations and promotion to continue to bravely bring you uncensored news