VIDEO: How Hillary Clinton Is Using The Media To Silence WikiLeaks 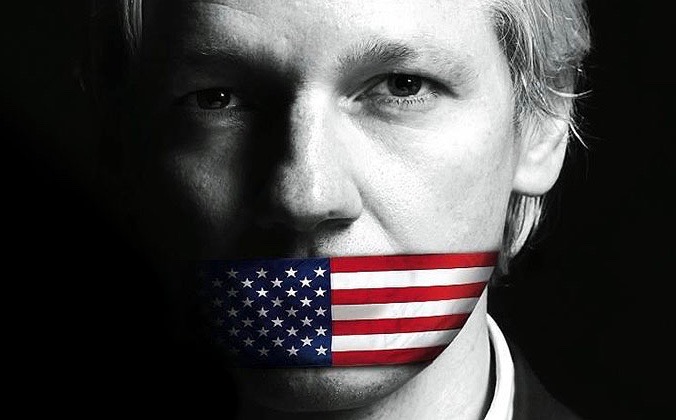 WikiLeaks has released over 12,000 emails and counting that give unprecedented insight into the Clinton Campaign, and as a result, Clinton and her followers have used Russia and the mainstream media in an attempt to discredit the leaks.

Clinton’s animosity towards WikiLeaks isn’t just a result of the fact that they released thousands of emails proving that the Democratic Primary was rigged in her favor earlier this year. No, it actually dates back to 2010, when WikiLeaks founder Julian Assange was threatening to release documents that detailed communications between State Department Personnel and foreign diplomats. When discussing how to deal with the impending leak, Hillary reportedly said, “Can’t we just drone this guy?”

Killing Assange might be Clinton’s private position, but as she explained to her campaign chairman, she believes in having both a public and a private positition, and in this case, she publicly blames Russia.

But that’s part of the problem… Clinton is blaming Russia, despite the fact that there has been no formal investigation. The Kremlin has also not taken responsibility for any of the hacks, and when asked about his government’s involvement, President Putin has denied it on multiple occasions.

[WATCH: How The Media Used Trump To Coverup Clinton Revelations]

So yes, Hillary Clinton takes every opportunity to make Russia look like the enemy, but the even bigger problem is the fact that the mainstream media follows her lead. Have you noticed that before each presidential debate so far, there has been some seemingly scandalous revelation about Donald Trump just days before?

The point is that there always seems to be something Trump-related to dominate the mainstream media, when new information about Clinton is coming out daily. And when they do cover the documents released by WikiLeaks they either talk about how Russia could be to blame, or in CNN’s case, they tell you that it is illegal for you to read the leaked documents yourself, and that you should only rely on the media to tell you what they say.

If mainstream media talking heads were to take the time to cover WikiLeaks revelations as they should be covered—NOT by blaming Russia, but by looking at the actual documents, and acknowledging that the news shouldn’t be devoted to Trump 24/7, they would actually have the power to end Hillary Clinton’s campaign. But that won’t happen, because if the media were to cover the leaks honestly, they would have to admit that they have been in Hillary Clinton’s pocket since the beginning.