Video: “I Abandoned Antifa For The Identitarian Movement” 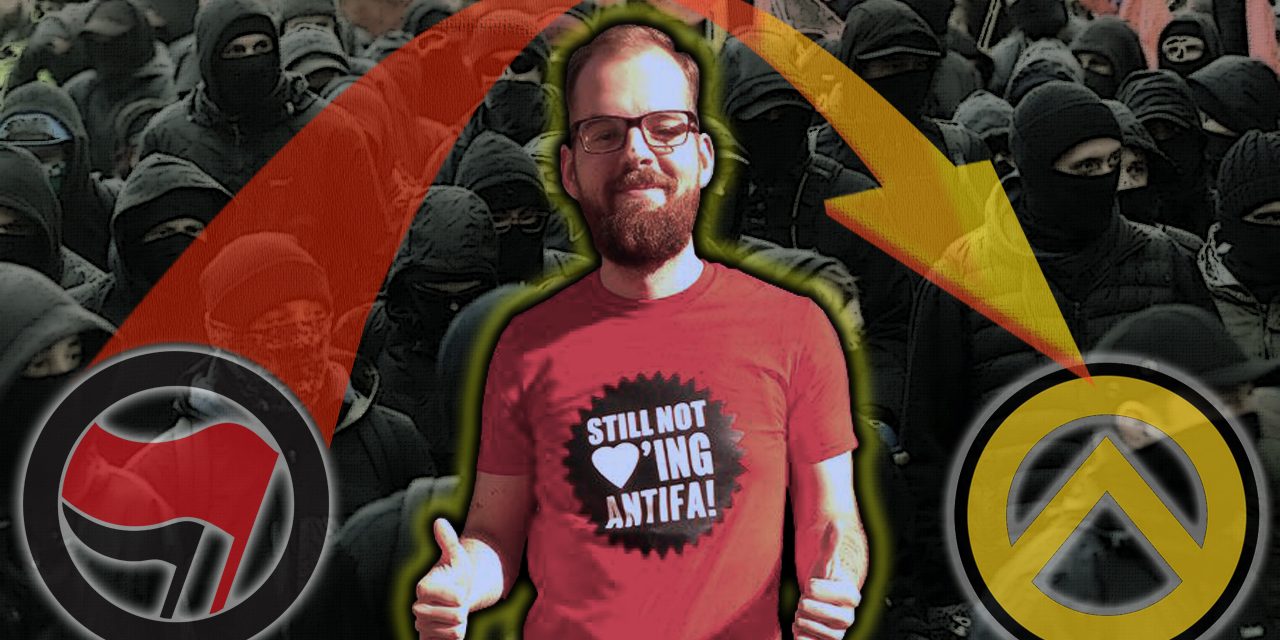 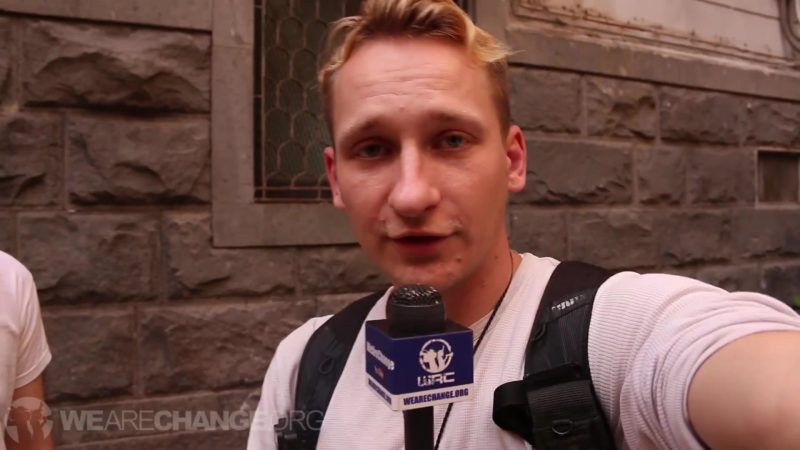 This is Luke Rudkowski of WeAreChange.org here in Sicily, Italy. Today I’m joined by Robert Timm. There are very few moments in my life where I listen to someone’s story and then my jaw drops. Robert told me a story that’s fascinating about him. Robert one of the things that you explained yesterday that stands out is how you transitioned from being part of what people would consider a far left organization Antifa to what is thought to be a far right group the Identitarian movement.

Robert: I have not been that deeply involved, I wasn’t a leader. What I did was go to protests like the first of May. There were different attempt to block off far-right demonstrations in Germany, so this is what I did. I kept within the laws there, and I never threw rocks at anyone. I had different feelings towards the police back then obviously, but I stayed within the boundaries of the law. 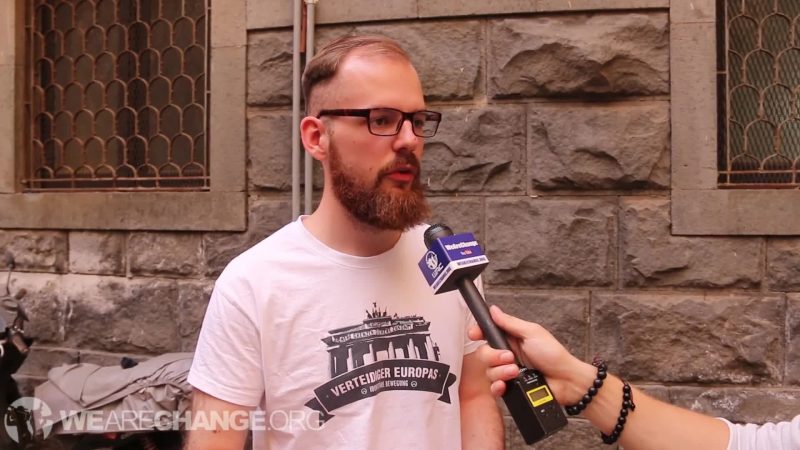 Luke: What made you want to be a part of Antifa, how was it being in that organization?

Robert Timm: I was quite young, and I grew up in the family where people are somewhat political but not so involved in parties or anything. Nobody was telling me to in this or that direction. That was back when I was 15, I am now 27. The leftists were pretty good at approaching young people of my age.

That was something cool back then, to be called the punks even though we really hadn’t much to do compared to the guys from the 80s with the mohawks and stuff. We considered ourselves part of a lifestyle because we dyed our hair and dressed differently.

They were able to address the feeling that we have as a young guy that there’s something going on with the world that is wrong. There’s a whole lot of injustice out there. They figured out how to give you the feeling that you were doing something against all this inequality. 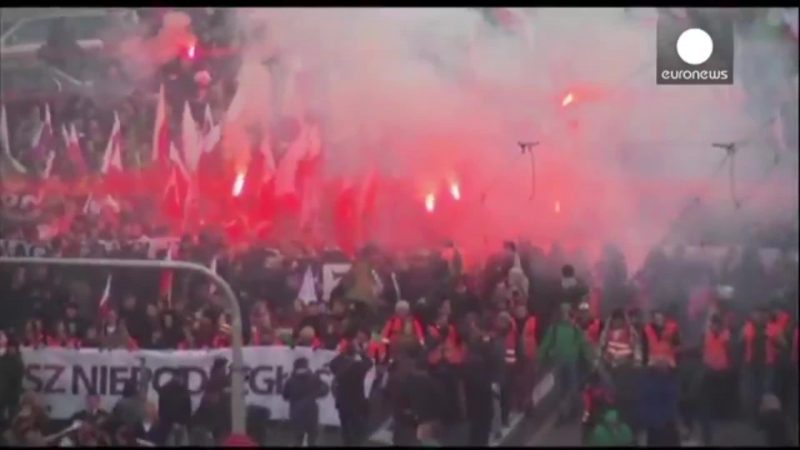 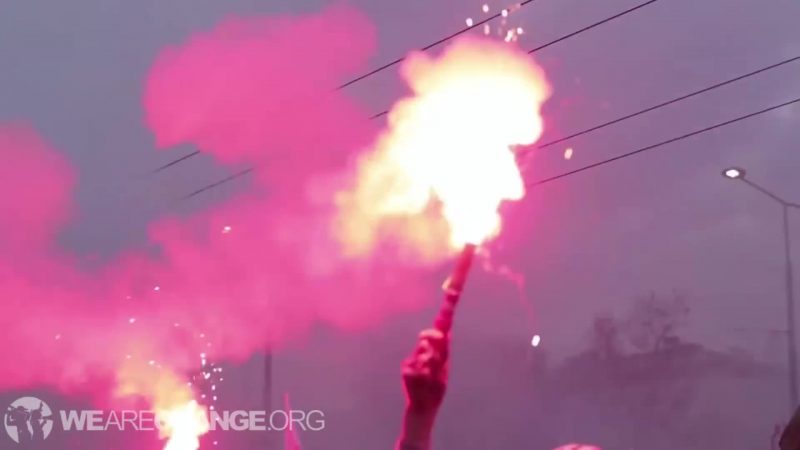 Luke: Was there a moment that made you question everything that they were a part of?

Robert: Yeah there wasn’t one key moment, it was a long line of events that were taking place in my life. I decided to go to a different school because I thought my current school was boring because there were so many Germans. We had a few migrants at my old school which I liked, and I thought if I go to a school with more migrants it will be more exciting. It then turned out to be a bit different, I had contact with this reality and then started to see how politics work. There was one key moment at the school where I got to see how there is inequality everywhere and how people are treated.

There was a Holocaust survivor that came to our school and told us how he survived the Holocaust and spoke about his living in Israel. He spoke a bit about his life there. There were some Palestinian students that did not like that so much. So they disturbed the event at the school, and they tried to attack. The way the school dealt with it afterward, just showed that they are treating these guys differently. They would have done the same to me if I had been a migrant. This was one of the key moments where I realized the whole ideology of equality is just not true. People are not treating everybody equally.

Luke: I bet there is a lot of backlash coming from different people when you changed from being a part of Antifa to now being a part of the Identitarian movement. Can you tell us what happened to you during that transition?

Robert: From my perspective, it’s a transition that has been taking place for a couple of years so I thought nobody would be that surprised. When I told them, that I’m taking part in activism with the Identitarians. People, we’re surprised, they have this image of you when they meet you. They still keep this even though you have conversations with them about politics and you tell them that you don’t agree to the migration policy for example in Germany.

When you explain that you are part of the Identitarians now, they are completely shocked. Most of my social circle back then fell away and distanced themselves from me. 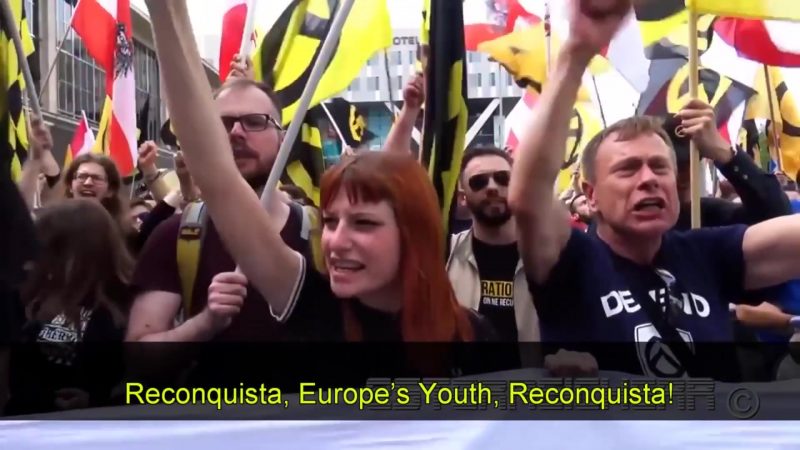 Luke: You also told me last week that you were attacked when you were trying to do interviews. You probably face a lot of that as well is there anything more you could tell us?

Robert: I was doing an interview with a TV crew from a public broadcaster in Germany. I took them to my old school just to show them how I ended up with the Identitarians. We were doing an interview a corner away from the school when people sitting in front of a restaurant recognized me, came up to me, started an argument. When they saw that they couldn’t force me to be aggressive towards them since I was peaceful, they began shouting that I was a Neo-Nazi and a right-wing extremist. A lot of people gathered, and some left-wing extremists arrived and attacked us, pepper spraying me, and trying to beat me.

Robert: No, I don’t see it extreme in any way because I’m not a guy with extreme views. For me it’s the policy of common sense, our positions are pretty much in the center of what society thought just 10 or 20 years ago. Now suddenly it’s called extremism, which indicates that our society is moving towards extremism.

This is why they consider everything that is opposed to them as extreme. That is what brought me to the Identarian viewpoint. They reject blunt, stupid racism, they also say that we need rules for migration and that every culture has their own value including the European culture.

This is something that we always here in the global discussion, the word “diversity,” however nobody goes to China for example and tells them that they have to become more diverse and get more European migrants. We as Europeans and also North Americans, we have to take in migrants in huge amounts. When you only make the slightest criticism of that, you are called a right-wing extremist. 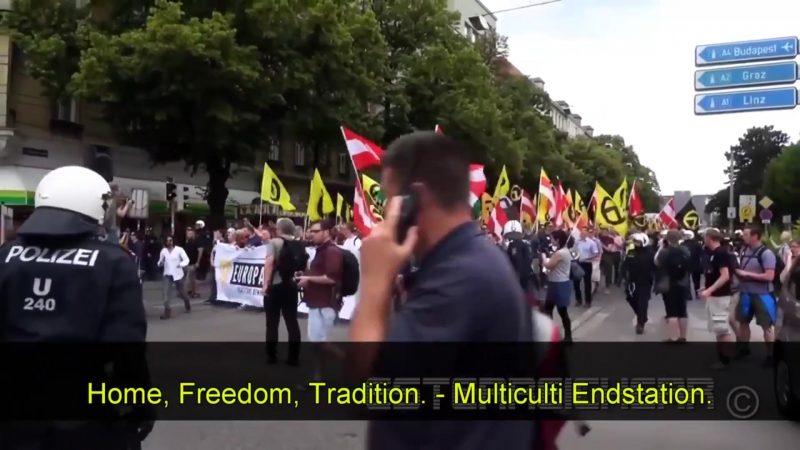 Luke: There’s a lot of these kinds of words just thrown out there. This latest defend Europe mission that you’re a part of here in Sicily, many of the leftist organizations and the mainstream media have labeled it as very dangerous. They say that this mission is going to hurt people. Do you have a response to all the mainstream media articles have been going against you guys?

Robert: Well if this mission is hurting anybody it’s probably will hurt us because we are taking the risks of going out at sea. Which always comes with with a certain amount of risk. We will not risk anybody else who is in danger on the Mediterranean that they will drown. We are there to observe, and we will also help. Every additional ship on a Mediterranean makes the sea a bit safer. That’s the kind of perspective that these guys should try to adapt to. 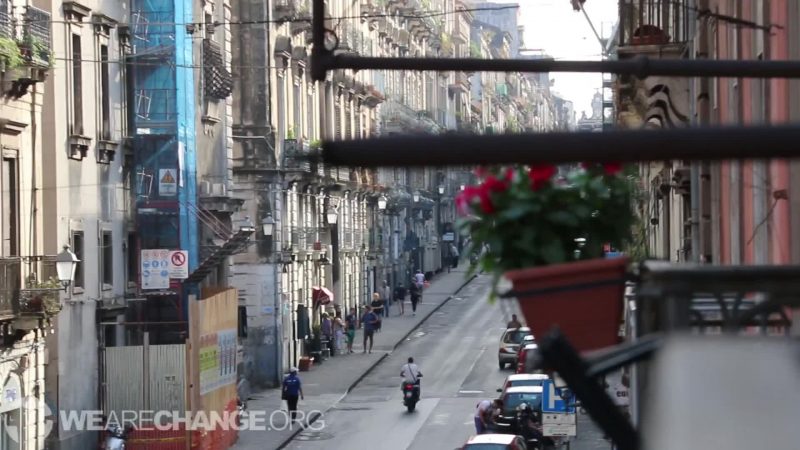 Robert: Don’t be scared about the Identitarians, if you criticize us don’t hesitate to contact us. I’m willing to meet people with opposing views just to get in touch and explain what we are doing. I think everybody lives in kind of a filter bubble and we should work on getting rid of that. We should be talking with each other, we have to do that. 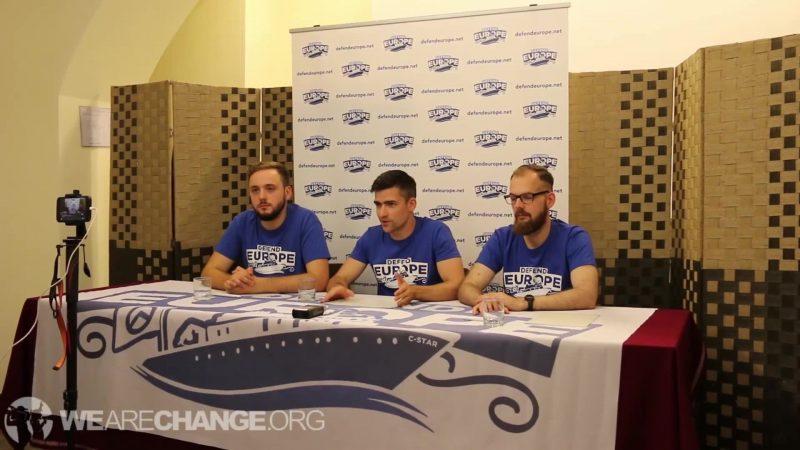