VIDEO: A Post CNN World, and The Future Of Journalism 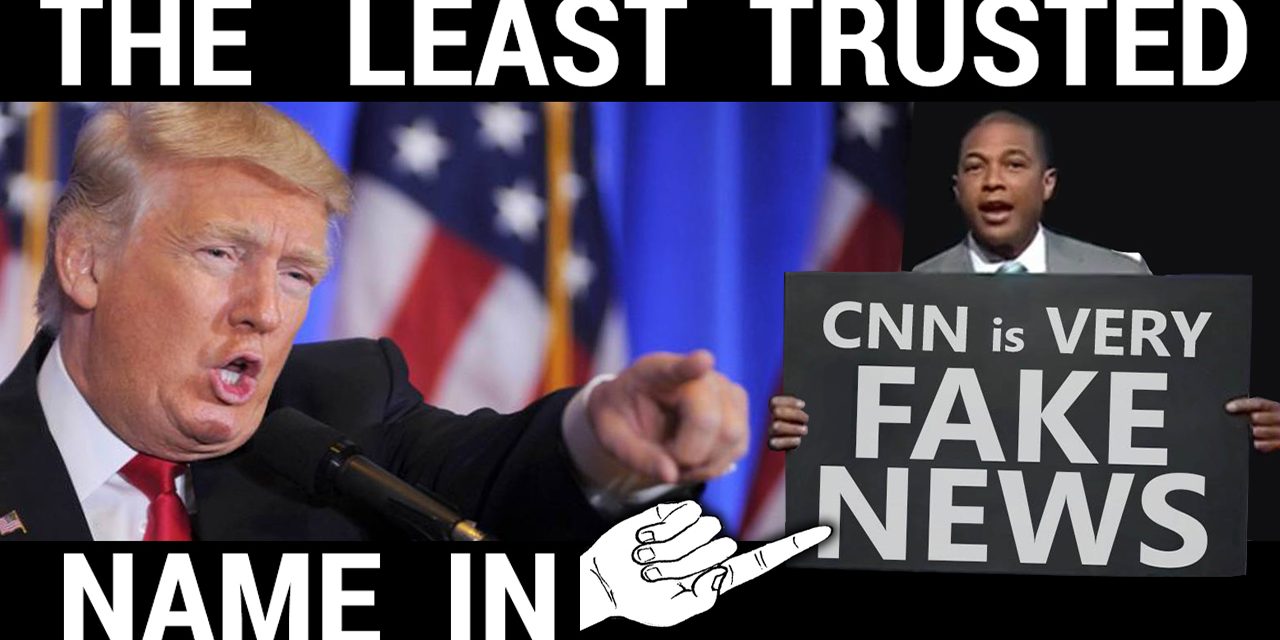 Luke reports from New York City, and is joined by fellow journalist and friend- Tim Pool.

They discuss what journalism has become in light of the latest CNN debacle.

He begins by asking Tim, “What do you think the future of journalism will be?”

Tim: Honestly I have no idea, I didn’t go to journalism school, I started doing what I do because I wanted to learn, travel, and experience.  I wanted to understand people better, their beliefs, and political positions.

We started seeing recently that there’s a huge market opportunity for confirmation bias news, what people just want to hear.  The Veritas video by James O’Keefe, where the supervising producer was caught saying that there are a lot of people who want to see the president scrutinized. CNN is able to just rag on Trump non-stop but if they did the same thing to Obama they would lose viewers.  & Fox News is the opposite.

It doesn’t matter if you support or oppose the president, it matters that your honest.  I’ve never really talked about my political stances on things because I didn’t think it mattered.  However it became an issue with various news outlets calling me right wing and far right, that I actually took the political compass test to show people that I am a center-left libertarian.  We don’t care whose right, we care about what is right.

Luke:  We’ve seen the media landscape become so polarized within the last few months.  The debate has become, “is journalism activism”.  I think the truth is always a gray area, just like every story we cover, it’s about being the eyes and ears, and doing due diligence. When editing our experiential bias will come through, we have to shorten events and longer stories and select what is interesting, in that cutting down process, our perceived biases will naturally come through.

Tim: What really upsets me, and you hear this this from progressives, who often say that “there’s no such thing as objective journalism”.  I have to explain to people that objectivity does not mean omniscience.  I don’t go to an event and see into the hearts and minds of every single person there and truly know everything.  I tell people that objective journalism is more like watching a fight from across the street.

If you ask me what happened I could objectively say the guy on the left punched the guy on the right. That’s objective reporting, now if one of the guys happens to be my friend, now you have biased reporting. So you get people who are trying to win a political fight, they and their friends have political beliefs, and they refuse to lose.

These same people sometimes become journalists or they get hired by companies and the information they choose, purposefully omits key information. There is a difference between that and when we’re trying our hardest to edit down a video of a protest or a riot and some things get cut. Then there is intentionally omitting facts, because we don’t want to upset our political ideology.

I was just in San Bernadino for the anti-Sharia law protest. I spoke with the anti-Sharia side and it seemed peaceful with reasonable debate occurring. I visit the counter protest side and some guy starts getting in my face and comes at me.

I know one side is much more likely to physically assault me. In the end I spent more time on the counter protest side because that’s what people on the livestream were interested in and wanted to see.

Luke: It’s very difficult sometimes to get those stories, you have to keep your cool. Another question is, do we always have to cater to what the audience wants to see? For example in the last month, more innocent civilians have been killed by U.S. bombings in Syria, than in the last 12 years of terrorist attacks in Europe. There is skewed media coverage. To me these are important stories, in spite of them not getting much interest by the public, these are human lives.

Tim: Lately with some of the more left wing, vocal protesters are complaining about Trump supporters being Nazi’s.  They should be focusing on what the government is actually doing. I noticed that when it comes to these types of protests too many people are fighting with each other. I disagree with the property destruction and vandalism, there is a huge difference in looking at a police force in full riot gear throwing tear gas at protesters and a bunch of people in black masks going and beating up civilians because they disagree with their opinions.

Luke: This is where I want to talk about the latest project Veritas expose that came out yesterday. There is another announcement coming out today. The senior CNN producer was actually in charge of the medical research done at CNN, he wasn’t in charge of international and foreign politics. I think that’s a very important discernment to make, he even said that the CEO was encouraging the fake news reporting and telling them to focus on Russia, whether it’s true or not keep just keep hitting on Russia.

Now they’ve been caught. Just a few days ago three CNN reporters had to resign because they ran a story from their anonymous source that was once again untrue.  They are running more Russian and Trump stories which are admittedly outright propaganda just to get clicks. I think we also have to draw a line in catering to our audience because if we do that are we no better than CNN?

Tim: I get people tweeting at me all the time saying that I should cover this or that story, and obviously I don’t or can’t do every story.  I don’t know what the core of my audience wants to watch. There is a difference between investigating something while live on the ground and looking at subscriber analytics.

Let’s look again at the Veritas expose, we’ll give John Bonifield some leeway because he was a health reporter, however he does work at CNN, clearly he’s working with these people, he’s talking to his co-workers, he has an idea of how staff their feel when they report on these stories.  I tend to believe CNN is not catering to their audience as much as they are catering to their advertisers, they want to get as many views as possible so they can sell ads.

Tim: Compared to CNN, I am broke, I have people on Patreon donating to me, I don’t know what they believe.  All I know is that if I produce garbage news my supporters would stop funding me.  All I can do is hope that by being honest, and doing the best I can, that I can continue doing this as a career.

Luke: I have the same point of view, with a big slant against government, authority, the establishment, that’s my perceived bias and you guys know it. That’s where I come from when I do my reporting but what Tim brought up is a very important aspect.

There’s not a lot of shekels in this but we’re doing it regardless and we do our best, we could shill for anti Trump or Donald Trump and make a lot more money and have a lot more viewers, but that’s not right.

Tim: I used to work for a Disney company, I turned down these high-paying offers to make significantly less money. When you work for these big companies every day, pushing bull narratives, you get this pain in your chest. Finally I decided that I can’t do this, I resisted a lot of it and getting out of that I’m just happy to be free of it.

Luke: Meanwhile I’ve been telling Tim before he started working for those companies not to do it, I told him, don’t do it, it’s not worth your soul. I’m keeping my soul, although I get a lot of offers.

You can also help fund us by upvoting  our posts on Steemit : )  & subscribe to our YouTube channel and stay tuned for more real, in depth analysis news, with us imperfect individuals.  At least we will say we’re wrong, when we’re wrong.

& subscribe to our YouTube channel and stay tuned for more real, in depth analysis news, with us imperfect individuals.