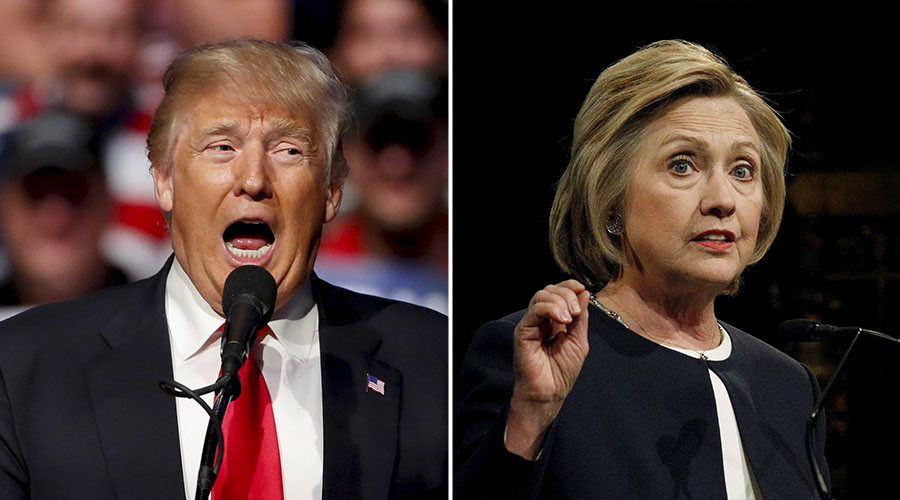 Hillary Clinton and Donald Trump… they might have different foreign policies, but the tactics they are using are more similar than you might think. Let’s take a look at some of the biggest fear-mongering lies that have become instrumental parts of both Clinton’s and Trump’s campaigns.

When it comes to fear-mongering, Clinton focuses on two trigger words: ISIS and Russia.

On ISIS, Clinton has talked about how we must defeat the terrorist group, and she says it must be done by arming “moderate rebels” in Iraq and Syria, just as Obama has done since she was Secretary of State. Clinton says its the only way to defeat the deadly terrorists and to save American lives, but she doesn’t mention the fact that arming and training those moderate rebels was what allowed ISIS to gain trained fighters, weapons and to come to power in the first place.

On Russia, Clinton has been an open critic of President Putin for years. Instead of crediting Russia for its involvement in helping to defeat ISIS, Clinton has worked alongside neocons to make Putin’s name synonymous with fear.

Then these’s Donald Trump… When it comes to a fear-mongering foreign policy, his main trigger words come in the form of countries such as Iran, China, Syria and Iraq, and of course the phrase “Radical Islamic terrorism.”

From raving about the utter chaos in Iraq and Syria, to claiming that Iran is about to have access to nuclear weapons, listening to Trump talk about geopolitical news might make you think the world is on the brink of falling apart.

When it comes to “radical Islamic terrorism,” Trump panders to neocons by painting a picture of all-powerful terrorists who must be stopped using unconstitutional methods.

In fact, part of Trump’s biggest problem is that he often uses vague statements, such as “Make America Great Again” and “We will have so much winning if I get elected that you may get bored with winning.” He has used over-exaggeration and fear mongering to his advantage throughout his campaign, raising the question, what means will he actually go through to “defeat terrorism”

So, the question, are American truly more unsafe now than ever before, and how big of a threat is terrorism?

Well, while the total number of terrorism-related deaths has risen over the last 5 years in countries such as Iraq, Afghanistan, Pakistan, and Syria, the risk of being killed by a terrorist attack if you’re an American, pales in comparison. In fact, Americans are actually more likely to be killed in a car accident, crushed by unstable furniture, or to die from diseases such cancer, diabetes, or Alzheimer’s than they are to die from a terrorist attack. Trump often points to Europe facing an increase in terror attacks, but even Europeans are not very likely to die in a terror attack.

The art of fear-mongering didn’t start with Clinton or Trump, it is a practice that has been passed down from one president to another. In 2016, it’s important for us to remember that no matter what their party affiliation may be, if presidential candidates are invoking in order to gain support, the result can’t be good.