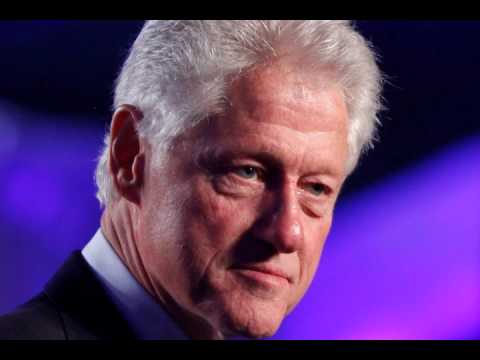 It seems as though Bill Clinton is trying to tell us something.

During a campaign rally in Orlando for his wife, Clinton implied that Donald Trump’s famous slogan is racially motivated.

“That message, I’ll give you America great again — If you’re a white southerner, you know exactly what it means,” Clinton said.

He went on to explain that this meant white people would move up the totem pole, and everyone else would be moved down.

“What it means is I’ll give you the economy you had 50 years ago and I’ll move you back up the social totem pole and other people down,” Clinton said.

“Actually I would,” the accused-rapist joked, “But I wouldn’t vote for anyone promising to make me 20 again.”

Interestingly, Clinton used the same phrase in a radio ad during his wife’s 2008 run against Barack Obama — so does this mean he finally admits to using racism himself?

Clinton’s 2008 campaign was filled with racist undertones that America seems to have forgotten.

After Obama was endorsed by Louis Farrakhan, the head of the Nation of Islam, the former Secretary of State began to demand that her opponent denounce the endorsement.

Almost immediately after the endorsement, someone from the Hillary Clinton campaign leaked a photo of Obama in traditional Somali attire to the Drudge Report. When pressed on the leak, which began the birther theories, one of Clinton’s staffers went on MSNBC and asserted that he was in “his native clothing, in the clothing of his country,” and that he shouldn’t be ashamed of the photo.

There was also that time that Bill Clinton defended former Ku Klux Klan leader Robert Byrd, saying that his membership in the hate group was to help him get elected.

“They mention that he once had a fleeting association with the Ku Klux Klan, and what does that mean? I’ll tell you what it means,” Clinton said. “He was a country boy from the hills and hollows of West Virginia. He was trying to get elected. And maybe he did something he shouldn’t have done, and he spent the rest of his life making it up. And that’s what a good person does. There are no perfect people. There certainly are no perfect politicians.”

Perhaps Mr. Clinton was simply projecting with his accusations against Trump.