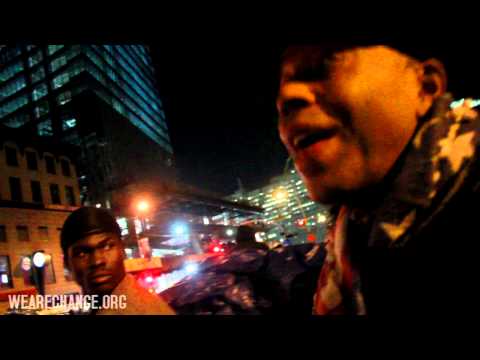 Bush Attorney General Alberto Gonzales gets confronted by Luke Rudkowdski of WeAreChange and Abby Martin of Media Roots about torture.

Jan 22, 2002 – Department of Justice memo to White House and Defense Department Counsels regarding the application of the War Crimes Act and the Geneva Conventions
The 37-page memo, written by Assistant Attorney General Jay S. Bybee, is addressed to White House Counsel Alberto R. Gonzales and General Counsel at the Pentagon William J. Haynes II. The memo states that President Bush is not bound by international obligations to Afghanistan because it is a “failed state,” and that therefore the War Crimes Act of 1984 and the Geneva Convention do not apply to prisoners from the Afghanistan conflict.
[The memo was released on June 22, 2004. Obtained from The Washington Post website at www.washingtonpost.com.]http://www.gwu.edu/~nsarchiv/NSAEBB/NSAEBB127/

92 percent of the men ever held in Guantánamo are not “Al-Qaeda fighters,” by the U.S. government’s own records.
http://ccrjustice.org/learn-more/faqs/guantanamo-numbers-what-you-should-know…