WAR, DEBT, DEFAULT AND SOCIALISM – JUST ANOTHER DAY IN AMERICA 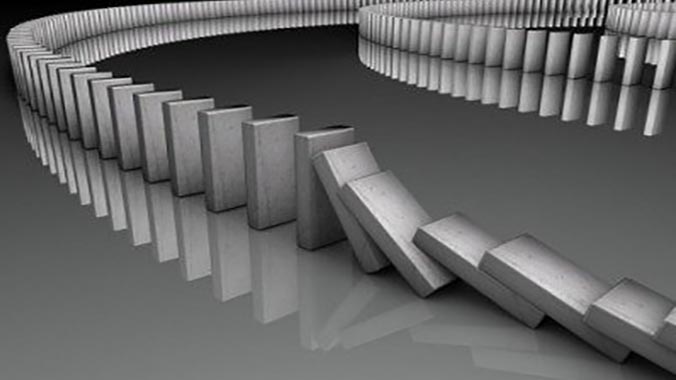 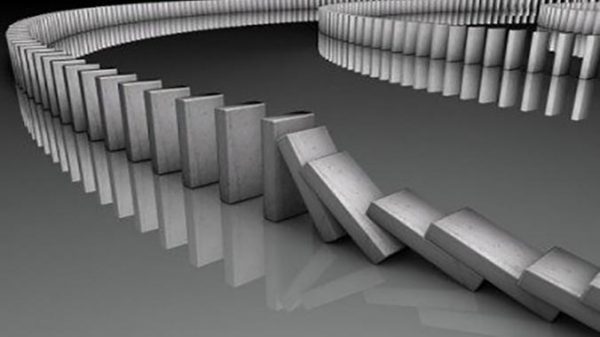 JEFF BERWICK
I’ve accepted that there are evil forces in this world that will do what they can to destroy you and your family in order to build globalism. From the Brussels bombings to the Panama Papers to the ongoing Syrian massacres and turmoil in the Middle East and the refugee crises, it is all planned out.

People have a hard time with that insight. It’s very difficult to live with the idea that the top controllers of Western society are actively trying to kill you or at least destroy the society you live in.

I’m not surprised for instance that troops continue to build up in the Middle East and now there are reports that China will send its military to help Syria. We’ve predicted this escalation in previous articles. And we fully expect a situation that spirals into a kind of World War III.

Of course war is not the only kind of chaos psychopathic elites want to inflict. Economic jolts continue to rock the West and particularly the US. Just yesterday, US stocks plunged to a three-week low . Stock analysts had suggested that energy stocks along with commodity-oriented stocks would firm as the economy improved. The idea is that the US is fighting its way out of a recession. But it’s not a recession. It’s a depression. And it’s lasted since 2008.

Europe and China both sold off again, and that’s no surprise given that Europe too, at least its southern flank, is gripped by depression and China’s economic collapse can no longer be staved off by easy money. Given Janet Yellen’s rhetoric about the coming “recovery” one might expect that the US would at least be fighting its way out of the worst of its budgetary woes. Instead, since the so-called budget deal – which was nothing more than a Republican surrender – the US has added another staggering $1 trillion in debt.

All this means is that the federal debt is out of control. Neither party can stop its inexorable growth nor wants to. While politicians don’t seem concerned by the impossible-to-control debt, those who are not directly involved with the process can see where it’s heading. Filmmaker and American citizen Agustin Blazquez is a Cuban native who sees the same catastrophe looming in the US that afflicted his home country.

In an interview with the The Daily Caller News Foundation, he called the left “very clever” in the way it had taken control of US institutions in order to destroy them. He was especially incensed by Sen. Bernie Sanders’s popularity with the youth of America, calling it absurd. Meanwhile, Barack Obama’s trip to Cuba made him “want to throw up.”

There is a moral element to his anger, especially when it comes to the Congressional Black Caucus that is “wined and dined by the political elites but are blind to their betrayal of blacks in Cuba.”

Ironically moral rhetoric has afflicted Puerto Rico as well, which has just declared default – even as politicians have protested that they will not cut back on government services to honor outstanding payments to investors. The Government Development Bank failed to repay almost $400 million and while that doesn’t sound like so much, the danger here is a cascading default that could jeopardize the country’s solvency.

Of course Puerto Rico, like the US is basically insolvent anyhow. Or to put it another way, the insolvency that has afflicted Puerto Rico is going to visit the US as well, and also Europe, China, Japan, etc. This is the REAL “debt jubilee” of 2016. It’s already happening. There is nothing to be done to stop the process. The faster the West enters bankruptcy, with or without world war, the sooner elites will be able to force a new more globalized system onto the world.

For individuals, one of the only ways out of the economic trap is gold and silver. This is one of the reasons we’ve been so emphatic about taking action to protect yourself utilizing precious metals.

While gold and silver offer the best solvency and safety you can have long-term. we also suggest that you make deliberate forays into other investments, especially in the junior mining sector which is starting to grow blazing hot. Junior miners made many millionaires in the late 1970s and it looks like they are beginning to do so again.

Over the past months, we’ve had an incredible string of profitable investments and trades. We’ve noted many of them in our blogs, so you can see for yourself.

Many wonder how it is possible. But, it’s not actually that hard when you can see what is really going on. As I’ve explained before, Jubilee 2016 is providing us a pathway to profits even though its going to bring a lot of people a lot of pain. I’m sure we’ll have some bad trades from time to time, but Jubilee 2016 provides us a road-map just the way Shemitah did in 2015.

Our latest pick, which just came out on Friday, is already up nearly 100%… but that’s only the beginning in our view. We’re just putting together the next 50+ page issue of our TDV newsletter for subscribers. That’s where we initiate most of our investment predictions. This issue has some tremendous market follows and includes a lot more information on bitcoin and other cryptocurrencies, which we’ve championed.

If you want to get our take on the markets and what positions to consider, please subscribe HERE. Subscribe now and you’ll have access to our about-to-be-released issue as well as back issues and a slew of resources and contacts around the world.

I’ll have more on bitcoin tomorrow… there’s been quite a ruckus in the bitcoin world in the last few days and I’ll give you my take on it, one that may surprise even long-term readers.

Jeff Berwick
Anarcho-Capitalist. Libertarian. Freedom fighter against mankind’s two biggest enemies, the State and the Central Banks. Jeff Berwick is the founder of The Dollar Vigilante and host of the popular video podcast, Anarchast. Jeff is a prominent speaker at many of the world’s freedom, investment and gold conferences including his own, the world’s largest anarcho-capitalist conference, Anarchapulco, as well as regularly in the media including CNBC, CNN and Fox