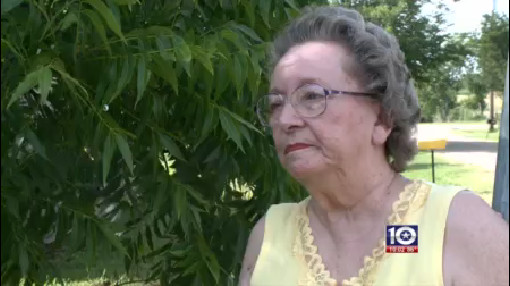 Gerry Suttle said she was shocked when the police chief called and told her a warrant had been issued.

“I’ll be 76 in July,” Suttle said. “I’m 75 now and I’ve never had a speeding ticket, never had a parking ticket and now here I am got a warrant for my arrest from the big city of Riesel.”

The Riesel police chief said the city issued a warrant because she failed to appear before the judge on the grass height issue on a piece of property she owns across from her house.

“It has grown up and the court had issued her letter and then court issued a warrant for failure to appear,” Chief Danny Krumnow said.

Suttle said she never received a letter to appear before the court. Now she’s afraid to drive in other towns and can’t get her car registration updated.

She thinks the whole city ordinance about lawn care is necessary and she wants the city council to back off.

“Straighten their act up. Read the state laws, before bailing off into something stupid,” Suttle said.

Her son said he would come mow the lawn since she physically can’t, however we do not know if the city will then drop the warrant.