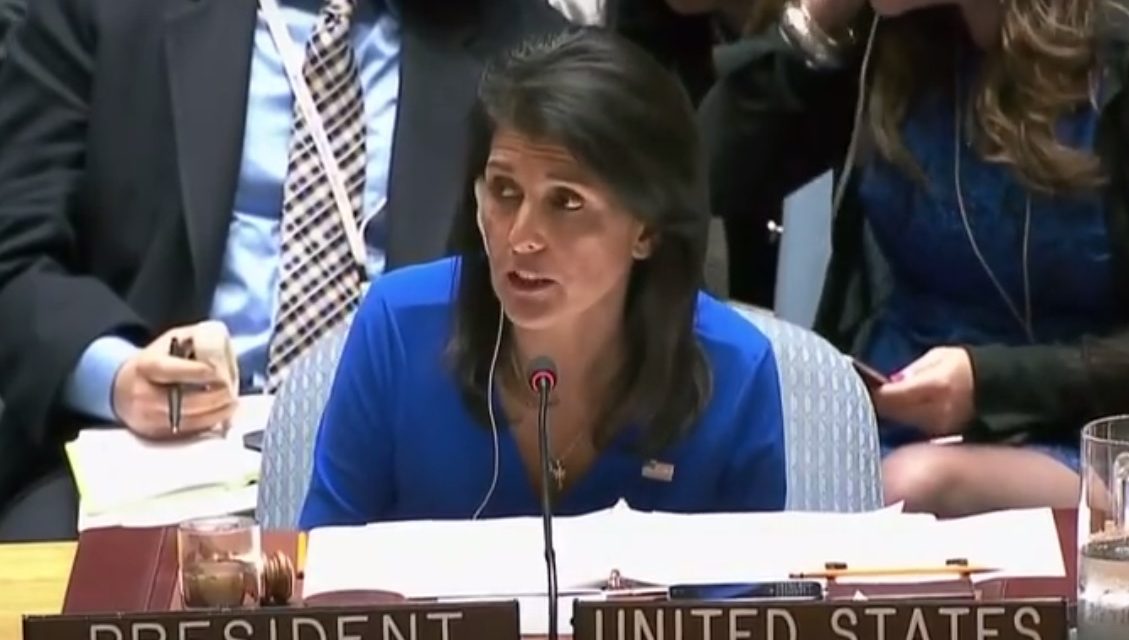 “There are times in the life of states that we are compelled to take our own action,” Nikki Haley declared.

The U.N. Security Council held an emergency meeting on the recent chemical attack in Syria.

“Terrorists sought to create a pretext for the use of military force against a sovereign State” – Russia Ambassador to the UNSC.

Moscow claims that the poison gas belonged to rebels and had leaked from an insurgent weapons storage facility hit by Syrian airstrikes.

Foreign Ministry spokeswoman Maria Zakharova said that the resolution drafted by the United States, Britain, and France was “categorically unacceptable.”

World leaders and officials in other countries, including Britain and Israel, supported the U.S. in saying Assad’s military forces were responsible for the tragedy.