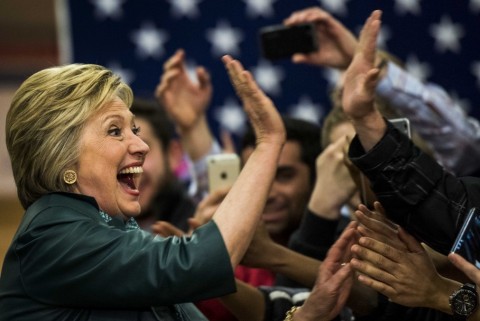 WeAreChange.org was recently included in a list featured in a Washington Post hit piece as one of the many media outlets that allegedly spread Russia propaganda in order to help Donald Trump win the 2016 election.

Over 200 media outlets were named on the list promoted by the egregious hit piece. This list included both satirical news websites and trusted alternative media sources, which the story claimed “spread misleading articles online with the goal of punishing Democrat Hillary Clinton, helping Republican Donald Trump and undermining faith in American democracy.”

The Post claimed the list was compiled by two groups of researchers from propornot.com who declared that they had successfully found a “set of sites that reliably echo Russian propaganda.”

“They want to essentially erode faith in the U.S. government or U.S. government interests,” said Clint Watts, a fellow at the Foreign Policy Research Institute who co-authored a report about Russian propaganda.

“This was their standard mode during the Cold War. The problem is that this was hard to do before social media.”

WeAreChange.org has never intentionally spread, or been compensated for supporting “Russian propaganda,” and to claim otherwise is an egregious error in judgment.

I hope these two teams of expert “researchers” are fired for their stupidity, and for the fact that by publishing this list, they are supporting the recent “fake news” propaganda that has taken over the internet.

The “researcher” went as far as to name WikiLeaks.com on the list. This raises the question: did they then list every website that published copies of the emails released by WikiLeaks?

News flash, geniuses, there is no proof that Wikileaks emails were from the Kremlin. There is, however, factual proof these emails were legitimate using Domain Keys Identified Mail, DKIM authentication, of John Podesta’s emails and as a result, people were fired over them.

Not only is this list accusing Wikileaks—a whistle-blowing organization with a 10 year accuracy record—of being Russia propaganda, it is accusing alternative media websites that have dared to reject the mainstream media narrative.

This list seems to have forgotten all about Freedom of the Press. Referring to this letter from Zerohedge, no one is perfect we all try our best to give factually accurate reports to the best of our knowledge. At least we in the alternative media aren’t paid pundits and political talking heads pushing an agenda for foreign policy.

Another important question that comes from this degenerate list is: Does that make everyone who does not push the liberal propaganda that Hillary Clinton was “the chosen one” an agent promoting Russia propaganda?

Who are these grandiose incompetent libelous individuals backed by? None other then the Foreign Policy Research Institute. And what is the foreign policy research institute? A think tank with the mission of indoctrinating the U.S. with its foreign policy agenda:

The Foreign Policy Research Institute is dedicated to bringing the insights of scholarship to bear on the foreign policy and national security challenges facing the United States. It seeks to educate the public, teach teachers, train students, and offer ideas to advance U.S. national interests based on a nonpartisan, geopolitical perspective that illuminates contemporary international affairs through the lens of history, geography, and culture.

So, they hold no bias at all on trying to set the U.S. and Russia’s foreign policy… right?