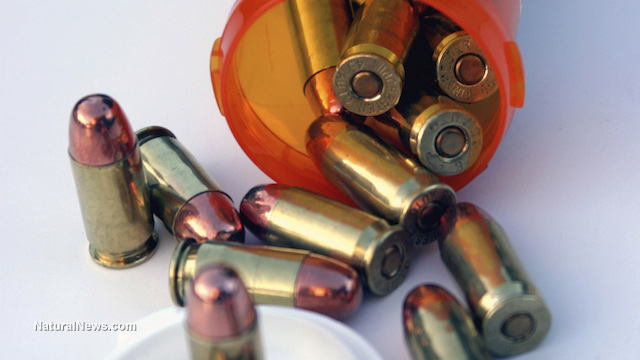 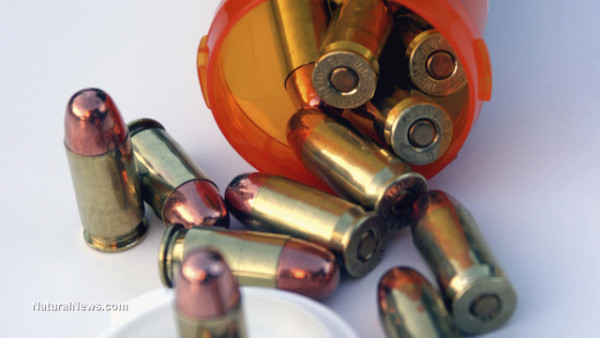 A renowned academic who is the co-founder of the Cochrane Collaboration, one of the world’s top organizations for assessing medical evidence, believes that Big Pharma is killing tens of thousands of Americans every year.

Dr. Peter Gotzsche, who arrived in Australia recently to talk to citizens Down Under about their use of prescription medications, estimates that some 100,000 Americans die each year from the side effects of medications they have actually taken as directed.

As reported by Health Nut News, many of the most commonly prescribed medications, such as antidepressants and painkillers, are actually incredibly dangerous, and are killing more people than need be.

“It’s remarkable that nobody raises an eyebrow when we kill so many of our own citizens with drugs,” he said, as reported by the Sydney Morning Herald.

See a real-time count of pharmaceutical deaths at PharmaDeathClock.com

His biggest knock is against anti-depressants and painkillers such as ibuprofen, diclofenac and celecoxib. He also said he has problems with their claims that they are anti-inflammatory, because he says that claim is not supported by scientific evidence.

As the Australian paper continued:

Another, sold under the brand name Vioxx, was withdrawn after it emerged it had caused up to 140,000 cases of serious heart disease in the US alone in the five years it was on the market – during which time its manufacturer, Merck was withholding information about its risks. About half the cases were thought to be fatal.

“These terms for our drugs are invented by the drug industry,” he said. “They had a huge financial interest in calling these things anti-inflammatory. It lured doctors into believing that these drugs somehow also had an effect on the disease process and reduced the joint damage.”

[A] Lancet review last year found ibuprofen to be as toxic to the heart as Vioxx, a drug that was withdrawn after it caused up to 140,000 cases of serious heart disease- half the cases were thought to be fatal.

Gotzsche, who authored the study, says he believes those deaths are just the beginning, and that they are indicative of a broken, flawed medical system that fails to protect patients. Elizabeth added that the system is skewed for profits as it really sees patients as “dollar signs.”

He also said that as evidence against once-popular drugs Valium and Xanax became known, they were replaced by anti-depressants that are as addictive and just as filled with side effects as their predecessors.

Furthermore, the Sydney Morning Herald reported, additional research shows that small benefits over placebos was biased, because it failed to properly mask whether patients were given the active drug, or were in the placebo group.

Gotzsche says the biggest victims in all of this are elderly patients who are over-prescribed such drugs. He points to research published in 2011 in the British Medical Journal, in which researchers found that for every 28 elderly people treated with an anti-depressant for a year, one will die who otherwise would have lived, from various causes including heart attack, stroke or a fall.

“Those who use arthritis drugs are mostly the elderly who are most at risk of dying of a heart attack caused by the drug or a bleeding ulcer,” Gotzsche said. “We have a high use of psychiatric drugs by the elderly and we kill an enormous amount of them.”

“These people get shoved in a nursing home and they get aggravated, so they’re knocked out with an antipsychotic drug – it’s very inhumane,” he said.

Gotzsche said he’s been criticized for recommending that people should consider slowly weaning themselves from taking any anti-depressants, if their physicians approve. He says he believes that sometimes doctors mistake post-anti-depressant depression as a return of original symptoms, and reinstate the medication.

“If you get depressed by lowering the dose and then immediately increase it to the normal dose, you will usually be well in a couple of hours,” he said. “But if you get better straight away it is withdrawal, not depression.”