Got News has reported that Katie Walsh, Trump’s Deputy Chief of Staff, may be the source of a number of leaks from the administration to The New York Times and other media outlets.

“Everyone knows not to talk to her in the White House unless you want to see it in the press. The only question is whether or not she’s doing it at the behest of [White House Chief of Staff] Reince Priebus or if she’s doing it to advance herself in DC media circles.”

According to Got News, Walsh has also planted stories in The Washington Post and Politico. 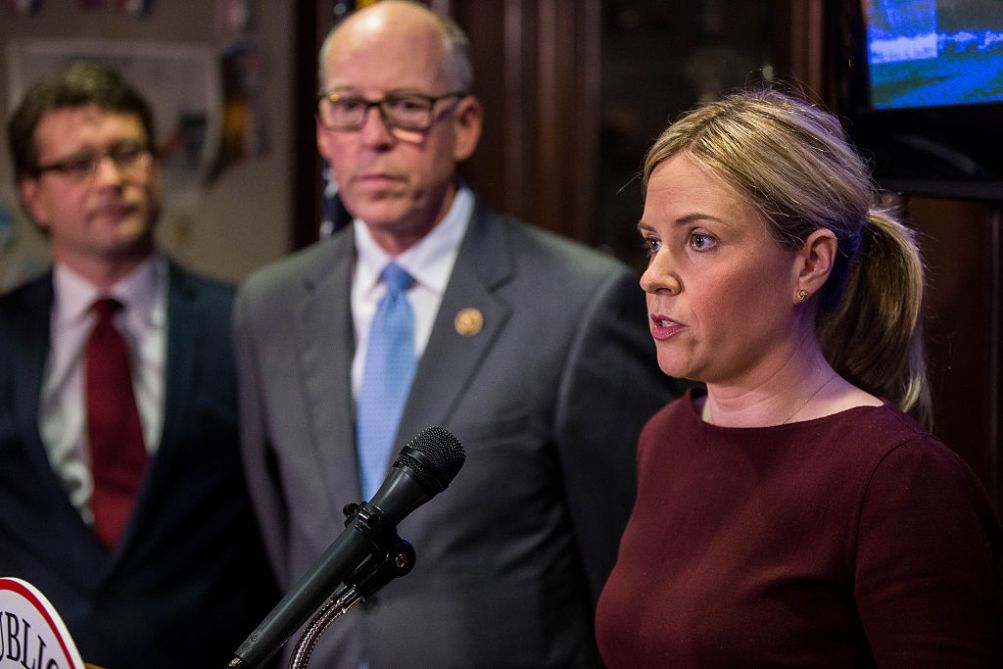 Got News reported that one source in particular stands out. Walsh is close to Maggie Habberman, a political correspondent for The New York Times, based in New York City, and a political analyst for CNN, who wrote pro-Republican National Committee stories during the presidential election.

A senior White House aide reportedly said Walsh is referred to as “Madame President” in the White House and “It isn’t a compliment.”

Got News additionally reported that:

“Walsh would have significant access as she controls the president’s schedule. There’s also reportedly a trove of e-mails where Katie Walsh and Reince Priebus discuss how to rid themselves of Trump, according to a former #NeverTrump consultant.”

A source close to the president’s family says “The president and his allies have been deliberately feeding her fake information in order to find her network. It’s been going well.”

Got News have received reports that Katie Walsh is the mole from “multiple sources in the White House, media, donor community, and pro-Trump 501(c)4 political group.” A White House investigation is planned into Walsh. Got News were unable to reach her for comment.

A Reddit thread has picked up this revelation, with one notable comment confirming the credibility of Got News as a source of legitimate information:

“Gotnews is a legit news source. They work with police and even ID’d the WA state mall shooter for police as well as found the FLL airport shooter’s link to Islam. They also have close ties to TRUMP & IC community. Rumors are they had something to do with Weiner laptop story. They were banned from Twitter.”

Walsh was promoted to RNC chief of staff in early 2015, just in time for the rise of Trump and the wildest presidential election in recent memory. Walsh continues to work closely with Reince Priebus, who was previously appointed as Trump’s chief of staff.

At the beginning of February, Polico reported that “In order to be with Trump nearly all of the time, Priebus has largely handed off oversight of White House operations to deputy chief of staff Katie Walsh, one of his top lieutenants.”

Walsh has been a fast riser. Starting as a high school intern for then-Sen. John Ashcroft’s (R-Mo.) reelection campaign in 2000. She has had a string of high profile jobs in the finance shops at the National Republican Senatorial Committee (NRSC) and RNC followed.

She is one of the The Washington Post’s 40 Most Interesting Women in Politics and Fortune magazine’s 40 Under 40 Women to Watch.

Twitter is reacting to today’s revelation and people are certainly suspicious of Walsh, as they already are of Priebus.

@Cernovich Do you trust Katie Walsh is not backstabbing Trump? pic.twitter.com/yvr0jwjUby

Two longtime Trump friends, Republican strategist Roger Stone and NewsMax chief executive Christopher Ruddy, have called for the removal of Priebus — though Ruddy changed his position after a pledge from Priebus that he’d improve.

People are now calling for Priebus and Walsh to go.

Reince and his deputy CoS for WH Ops Katie Walsh are bad for America.

They're the leaks and need to be next to go.