What Will Happen Next After The Alex Jones InfoWars Ban 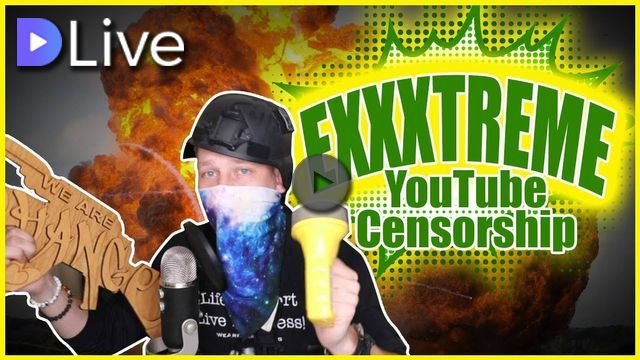 In this video, Luke Rudkowski of WeAreChange gives you the latest breaking news on what will happen next after the Alex Jones Infowars social media ban. We go over the response from The Young Turks ( TYT ), Jimmy Dore, Vox and many more to highlight the argument that a private company can do what they want. We also discuss calls to censor Candace Owens, Joe Rogan and others.

"The Pentagon directly influences Hollywood — in some cases, scripts are literally line edited by the military. " https://t.co/HKhCx5LC2K

Facebook admits the US/Israeli government and the Atlantic Council is telling them which channels to take down. Yet the drones are still saying it's "private company with a right to deny service and discriminate against who ever it wants". pic.twitter.com/NQSsSf0ZXS

Twitter, Facebook, Google, you betray your users by helping the Deep State to spy on all, you politicize your platforms to manipulate public opinion, you shadowban, censor and attack free speech. Your tech is easy to replace and your users will leave you. Your days are numbered.

"they are a private business they could do what they want?"

The government is an extension of the corporations, especially when it comes to big tech monopolies that have an unfair market advantage over their competitors with the help they got and are getting from the GOVERNMENT!

The “free market” is no longer “free” pic.twitter.com/uJuMLrqMYc

The banning of the vile Alex Jones from big platforms reinforces what I worried about a while back: "The New Editors of the Internet" https://t.co/y1UmU8upgF

>They were in violation of ToS

They were not. LinkedIn banned Infowars/Alex Jones from their platform… AND THEY NEVER USED LINKEDIN. That's political. Youtube? Cited "hate speech" and simply closed their account. 4+ platforms in <24hr? That's collusion. Political.

We all complain about @jack – and he almost certainly hates Infowars – but he's the only person this week not to cave to the electronic lynch mob and actually stand behind his principles. 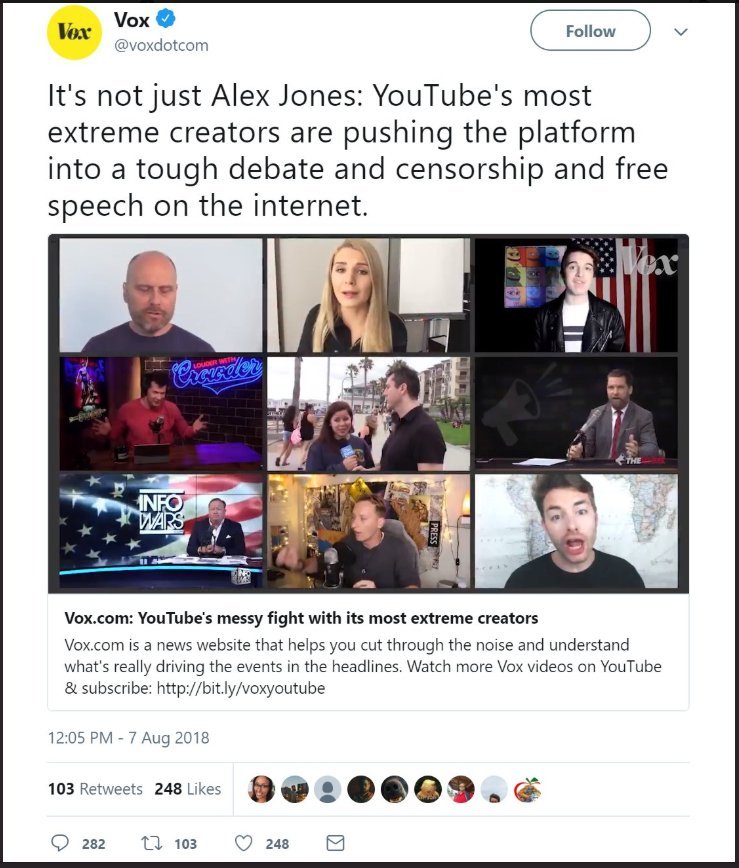