Hospitals Vaccinating Patients by Force & Without Their Knowledge 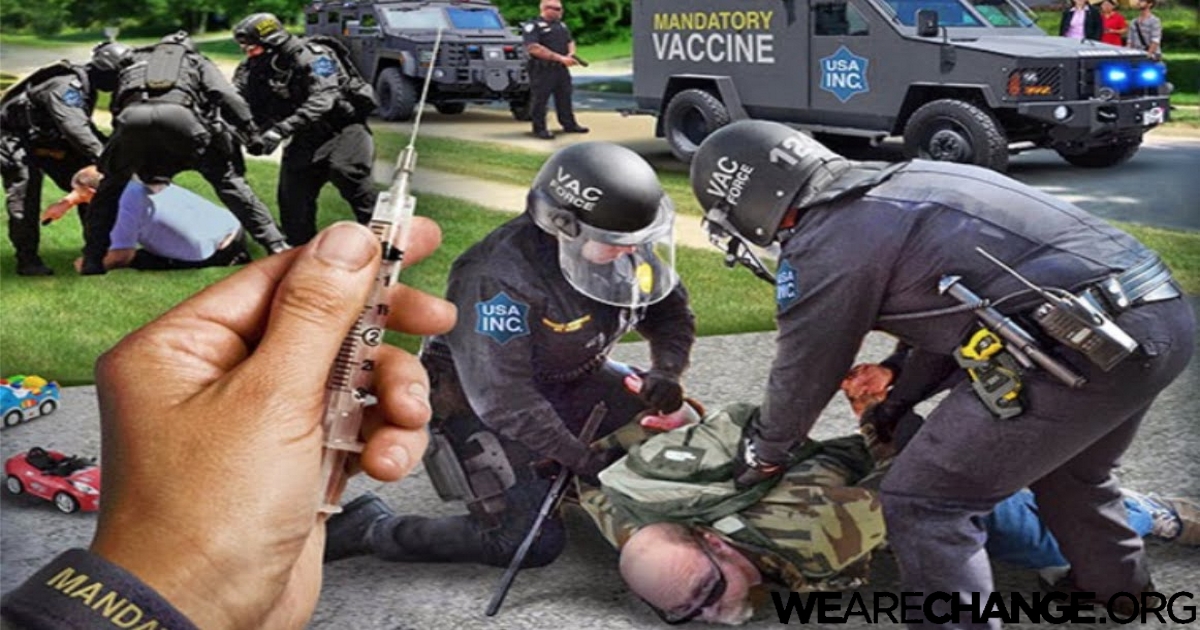 All the momentum, consciousness and continual discussion around truth and education related to vaccine injury has never been greater. Parents and communities have taken the initiative to find answers for their sons and daughters who’ve suffered severe adverse events from immunization. Evaporating fast are the days of dead end solutions and pharmaceutical answers provided by mainstream medicine’s limited toolbox. Like an untamable ripple effect, this awakening has also encompassed the discussion around mandatory vaccination, lack of informed consent, pharmaceutical control of American healthcare and an overall lack of health freedom currently resting on a slippery slope.

The U.S. mainstream medical system and healthcare are failed establishments that have drifted away from healing to become profit-based outlets dispensing inferior and outdated pharmaceutical products. The historical direction has been clear to anyone paying attention and now it appears that the beginning of some tipping point has arrived. What it means and where it will lead is unknown. Yet the status quo of business as usual is changing moving forward as medical whistleblowers come forward and communities recoil against their loss of heath freedom.

In two short years much has changed as a result of a countrywide mobilization fueled by the whistleblowing admission of Dr. William Thompson. Known as the CDC whistleblower, Dr. Thompson went pubic recounting — in detail — his experience about research fraud within the U.S. Center’s for Disease Control and Prevention. The documentary film Vaxxed: From Cover-Up to Catastrophe supercharged the focus on the CDC’s troubled vaccine division and simultaneously exposed a heavily controlled and censored mainstream media in the U.S.
Recently, another medical/health whistleblower made immediate waves by publicly recounting her continued experiences witnessing daily routine vaccine injury in U.S. hospital neonatal intensive care units (NICUs). Nurse whistleblower Michelle Rowton told of a callous medical system that regularly and inhumanly chooses to give the CDC’s recommended vaccine schedule to premature infants causing massive increases in severe and life threatening adverse reactions. According to Rowton, the attending doctors and medical staff have made these routine, medically incompetent actions into jokes to be laughed at on the hospital floor and in break rooms.

In the age of information, the incidences of whistleblowers are increasing. As health freedom and informed consent is eroding at breakneck speeds, those left with ethics, courage and humanity within such a system are keeping quiet no longer. Meeting on the first Friday of each month, the Talk About Curing Autism’s Pennsylvania chapter support meeting gathers to provide education, support and resources for families that are in need.

At a recent meeting that took place during the first week of May, a nurse was filmed using the live streaming app Periscope warning of forced flu vaccinations occurring in U.S. hospitals. In addition, the nurse gave possible solutions to the unaware, targeted public in an effort to preserve their informed consent and avoid unwanted adverse reactions. According to the new nurse whistleblower:

Since the Affordable Care Act came out, we are now — as nurses — required to ask every single patient when they come to the hospital if you’ve had your flu vaccine or your pneumococcal vaccine. If you say no to either one of those, in the computer, an order will generate that says we need to give you this vaccine. We don’t need to speak to a doctor…it’s hospital policy. It’s now health department policy that we now have to give you the vaccine.

The bigger, headline-making story was made as the nurse whistleblower continued:

How do hospitals inform the patient they have just partaken in a medical procedure (immunization) having inherent risks without being given proper informed consent? According to the nurse whistleblower, hospitals approach the subject by telling patients the following:

Unless you go and get your medial records, you will not know you got a flu vaccine. They [the hospital] may tell you at the end ‘oh by the way, you’re now covered, you’ve had the flu vaccine or you got the pneumococcal vaccine.’

Vaccines Forced on Patients Who do not Want Them in U.S. Hospitals

Is this really happening? Certainly people would be talking if it was. The nurse whistleblower goes further saying:

Two people now have reported to me last week saying that they got the vaccine; they did not want the vaccines. They did not know that the word biogenics [biologics] meant they’re going to get a vaccine.

So how can people protect themselves? According the nurse, perhaps a simple strategy can instantly combat this push towards forced vaccination now happening in U.S. hospitals. She warns:

When you sign consent for surgery, you can specifically say ‘no vaccines, I don’t want this.’ You can write an initial after what you say you do not want and they have to honor that. And if they don’t honor that, they can be sued.

The US Food and Drug Administration (FDA) defines biologics using the following statements:

Biological products include a wide range of products such as vaccines….In contrast to most drugs that are chemically synthesized and their structure is known, most biologics are complex mixtures that are not easily identified or characterized.

It should be noted that the Department of Justice publishes a quarterly list of vaccine severe adverse reaction settlements and injuries. The majority of the vaccine injuries contained on the DOJ’s list are a direct result of the flu shot.

In addition, the effectiveness of the flu shot last year was 23 percent according to official CDC statistics. During manufacturing of the flu shot, the CDC and drug maker take a guess at what flu strains may be prominent for the coming year’s flu season. 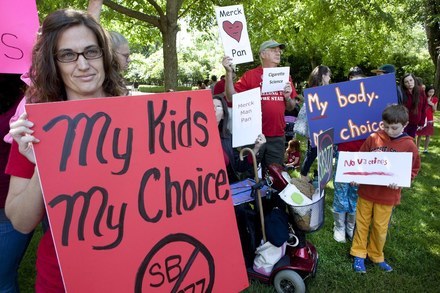 Due to this fact, every flu shot is different from the previous years and therefore untested. Since the ingredients are always changing, there is no time for true safety studies to be performed. Each year, individuals undergoing the medical procedure of vaccination are considered the final phase of public safety testing for an unproven pharmaceutical product.

Furthermore, denying the patient this knowledge — and access to the manufacturer’s insert before injection — constitutes a laundry list of broken medical ethics agreements and violations of international codes protecting humans against forced medical experimentation.