Who Is Jeffrey Epstein? 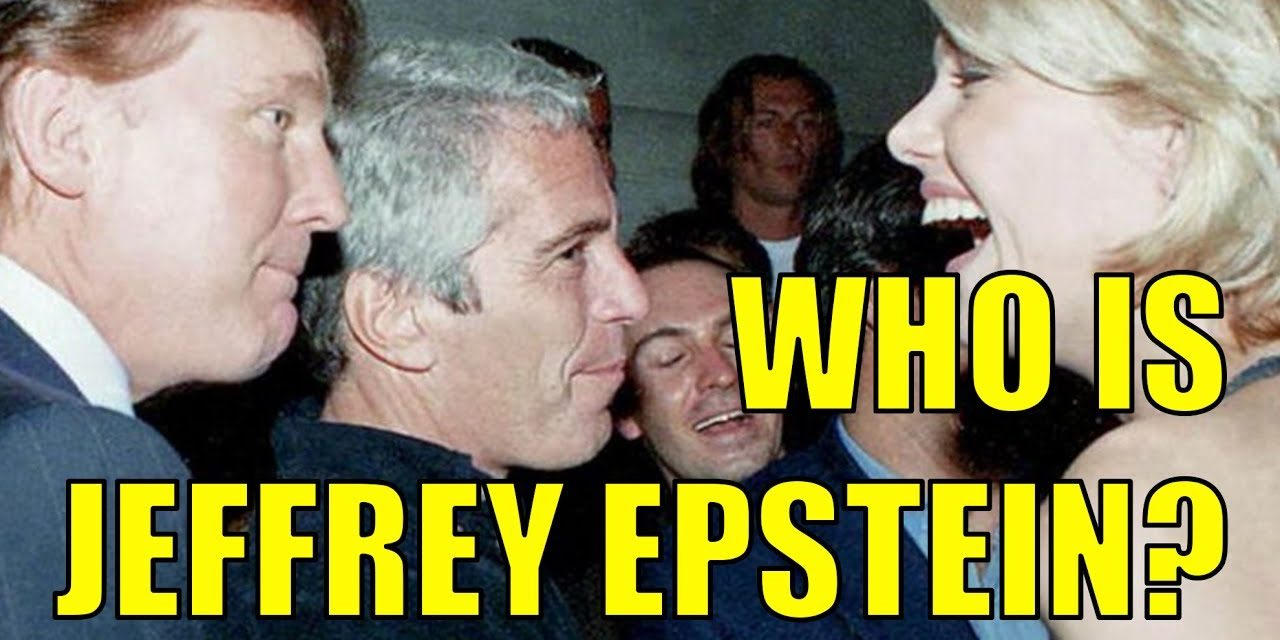 Hi everybody Jason Burmas here, reporting for WeAreChange.org. Today I am taking an in-depth look at someone that has largely been shrouded in mystery over the last decade. This person is Jeffrey Epstein, and he is the man that is behind the so called Lolita Express. Lolita Express is the name given to his place in the Virgin Islands where he was trafficking young girls. We will be investigating his actions and crimes and look into why he got off so easily.

There’s really not a lot known about this guy, so I wanted to do my own little investigation into where he came from and how he got his money. He is rumored to be worth billions, so who is Jeffrey Epstein and how did he get his start? How did he get such a sweetheart deal from both state prosecutors and federal prosecutors alike?

When I began to look into Epstein, I was surprised to find out that there is a nonfiction novel written about him, it’s titled “Filthy Rich.” 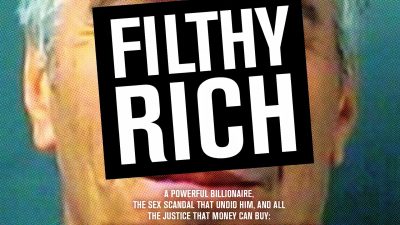 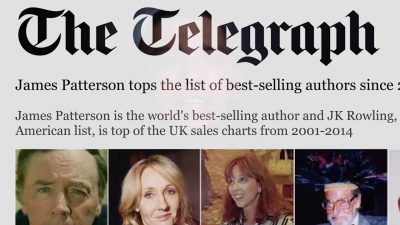 What I found most fascinating is that the author of the book James Patterson is a prolific best selling fiction author. Patterson novels are everywhere; he lived in the same Palm Beach neighborhood as Mr. Epstein. He chose to investigate the rumors that he’d followed in the local media. He got another author to help and an investigative journalist to help write this nonfiction novel. 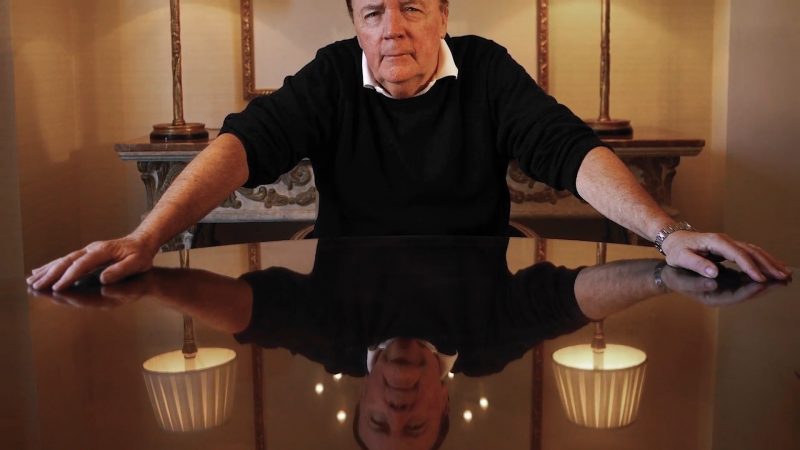 This was great source material for me; I couldn’t believe what I was reading as it is the most in-depth expose on Epstein. I found it very odd that this book only gets two or three stars reviews. Usually, this author gets four and five-star reviews. It seems like people may not want you to read this book and with good reason. It goes in depth into Epstein and who he was before this scandal hit.

I am going to go over some of the details that the book reveals. Epstein doesn’t seem to have earned any university degrees. This despite attending the Cooper Union and then New York University where he studied mathematics and physiology; he seems to be more of a social climber. 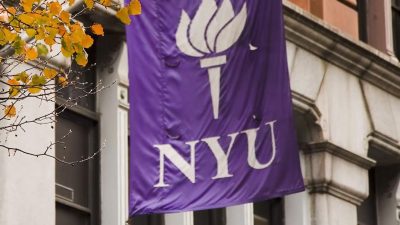 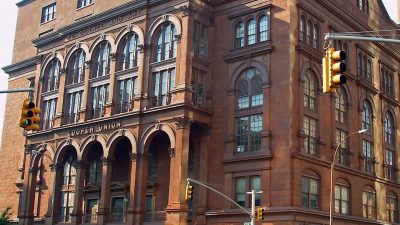 No one seems to know how he ended up teaching at a wealthy prep school called Dalton. This is where he starts to make big connections, one of whom is Ace Greenberg who gets him a job at Bear Stearns. 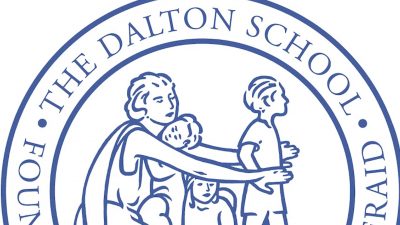 He spends some time at Bear Stearns and leaves during a Securities and Exchange Commission investigation during the early 1980’s.

Epstein seems to transition himself, and in the book, they focus on one major deal where he was able to recover invested money for a rather prominent aristocrat out in Spain. Epstein somehow gets that money back, and suddenly he has a portion of it. This seems to be where Epstein finds his calling. Also alluded in the novel is how he begins helping the rich hide their money in tax havens. All we know for sure is that Epstein appears to have made a lot of money.

Epstein seems to have been with a number of women of age who are very loyal and protective of him. It seems that he can talk to people and build relationships with them. The women he is with say he was nothing but a gentleman.

However, this is before the allegations that take place in the early 2000’s. There is a section in the book where they discuss how Epstein would rarely talk about what he did for a living. He did mention that he worked with governments, now this was often brushed off and may have been a fabrication since he lied about many things.

We do know that he had a close relationship with Bill Clinton. His flight records according to Fox News had Clinton on Epstein’s jet at least 26 times by the FAA’s logs alone. That is a lot, and it’s probably much higher than that. Eric Prince, the founder of Blackwater, has stated that Hillary Clinton herself has been to Pedophile Island several times and had her own relationship with Epstein. 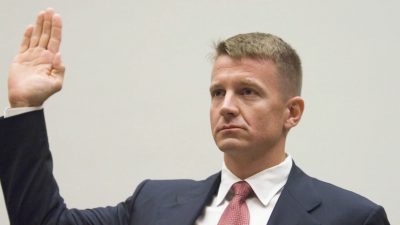 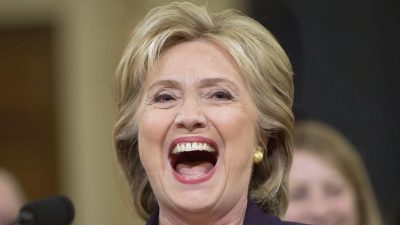 Audio Clip of Eric Prince with Breitbart:
“Including the fact that Hillary went through this sex Island of convicted pedophile Jeffrey Epstein, Bill Clinton went there more than 20 times, Hillary at least six times. The amount of garbage that they found in emails of criminal activity by Hillary, by her immediate circle, and even by other Democratic members of Congress was so disgusting they gave it to the FBI and they said we are going to go public with this if you don’t reopen the investigation, if you don’t do the right thing with timely indictments.”

So is it that far off to believe that Epstein may have had some government connections. Let us discuss the actual crimes that took place and the ongoing aftermath and where things stand today. 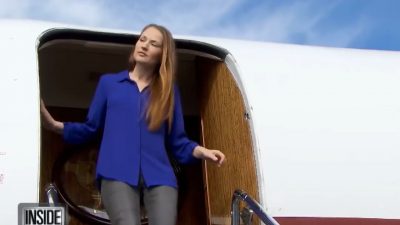 Text From Inside Edition Video Clip:
“She was the air hostess on board the notorious Lolita Express. The billionaire’s private jet at the center of a sex scandal making lurid headlines across the world. Sleazy Wall Street tycoon Jeffrey Epstein used the Lolita Express to ferry a bevy of beautiful young women, among the passengers former President Bill Clinton and Britain’s Prince Andrew.”

In this book, there are actual police interrogations revealed of some of these young girls that were both molested by Epstein and then taught how to groom and procure other young girls. The allegations have these girls as young as 12. The book gives prominence to one girl who is 14 years old, and another who is currently suing Epstein stated she was doing this at 16 and 17 years old. I won’t go into the sordid details, but they’re out there. The amount of evidence gathered, and individuals that came forward was overwhelming with dozens of people on the record. 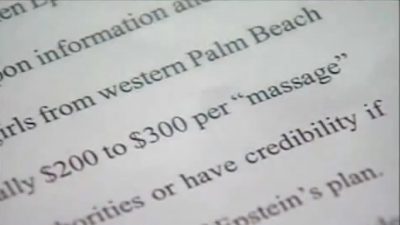 Text From Video Clip:
“After years of silence, she’s talking about the day she says Jeffrey Epstein paid her for a sensual massage. Jane says she was a sophomore in high school just 15 or 16 years old when someone at her school told her how she could make some quick cash. “We go to this guy’s house for $200 and give him you know a massage for $200. Basically, it’s an in-and-out thing, it’s a massage you know nothing bad about it.”

Jane says she and a girl her age took a taxi to Epstein’s house on Palm Beach. Jane said an assistant paid the driver and took them into an upstairs room that had a massage table and a shower. That’s when Jane says Epstein walked in completely naked, “he jumped in the shower and told me to remove my clothes down to my bra and panties. We both were looking at each other like what are we going to do now.”

When all these things being to be revealed Epstein himself starts to send investigators after his alleged victims, and those in law enforcement that are investigating him. He pleads guilty to one act of soliciting a prostitute and one act of soliciting an underage prostitute, so he is, in fact, a sex offender. Epstein ends up getting this unbelievable sweetheart deal where he serves 18 months, but is only in jail for 12 of those months and is on work release, so he’s spending many of his days in his office. 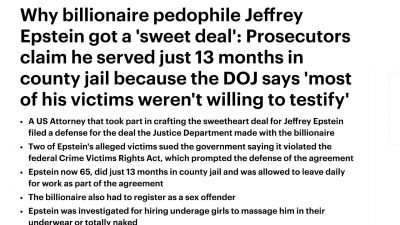 Many people were appalled that he was able to get this deal. In the last few weeks the FBI, after ten years has broken their silence, on why Epstein got such a deal. They claimed that they didn’t think the witnesses would hold up in court. It should be noted that the FBI has pulled some very shady dealings especially in other cases involving high-profile alleged sex abuse of children, mainly the Franklin scandal.

You will see a lot of corruption within the FBI when you read the books by both John DeCamp and Nick Bryant. I’ll let you guys read that information and depositions for yourselves.

I may actually be a bit more sympathetic to the FBI since many of the girl’s families had no idea that they were involved in this and many likely did not want the sordid details coming out in court. Many of them also had priors, that would have all come out during a jury trial. The big surprise is that during this ‘non-prosecution,’ there was a deal made where thirty of his victims were going to get compensation. The FBI probably thought that since Epstein had already settled many lawsuits, that at least the victims would eventually get some kind of financial compensation. They would not have to go through civil court, and they may have felt that it was the best overall win.

I think the truth probably lies somewhere in between; the bottom line is that compensation never happened. As soon as he got out his lawyers Alan Dershowitz and Kenneth Starr, stated that they were not going to pay the victims. There is a civil trial brought against Jeffrey Epstein that begins in August. Whose names are going to be on the case and how far is this going to go. We already know about the Clintons and British Royalty including Prince Andrew. There’s likely going to be additional names mentioned. One of the young women was trying to get Donald Trump as a character witness, but they think they can win the case without him. 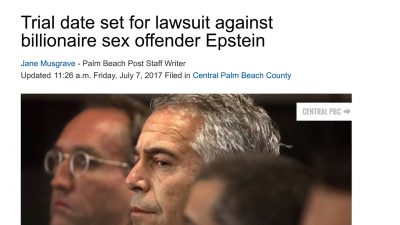 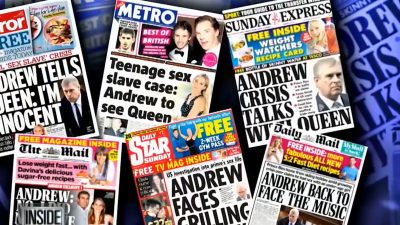 This is definitely something that we need to keep an eye on, after all, Jeffrey Epstein is still out there. He still owns all these properties, he is not in jail, he’s walking around with beautiful young women today and he still worth a fortune.

As always folks, if you like this video and article, please share it on social media. Remember to check out wearechange.org; it’s only through your financial support that reports like this one are possible. Thank you very much.