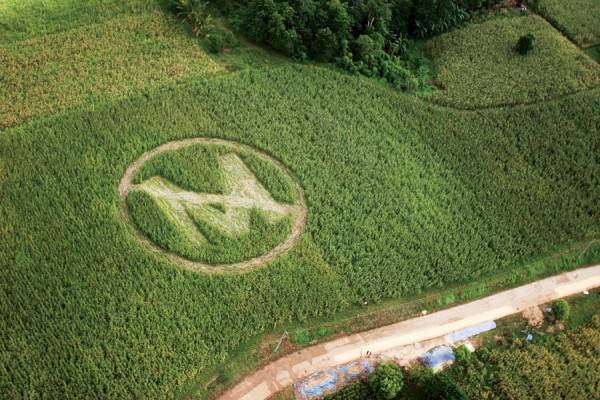 Animal welfare, biodiversity conversion and environmental protection – the World Wildlife Fund (WWF), a charity that began in 1961, is now on the brink of destroying everything it’s supposed to stand for.

For decades, the organization has striven to protect the environment; in this new millennium, however, the WWF has been infiltrated by the nature-destroying ideas of the biotech industry. German author Wilfried Huismann, in his book PandaLeaks: The Dark Side of the WWF, exposes how the charity’s once noble ideologies have crumbled into nothing more than empty, pretentious promises.
The Monsanto connection
When the book first came out in 2012, the WWF legal team tried to censor it, for fear of being exposed for promoting Monsanto’s genetically modified crops. In the fall of 2014, however, the book was re-released, and, despite battling several lawsuits along the way, it has finally succeeded in revealing the ugly truth behind the WWF’s partnership with agrochemical giant, Monsanto.

According to the book, the WWF collaborated with Monsanto to create a “Round Table on Responsible Soy.” This means that WWF leaders discussed ways to unleash GMO soy around the world, while convincing entire countries that GMOs and agrochemicals are the most environmentally-conscious method of farming.

While Monsanto calls their GMO soy a “responsible” choice for protecting the environment, the Amazon GMO soy boom has caused millions of acres of rainforest to be cleared. In fact, between 2007 and 2008 alone, nearly 3 million acres of rainforest were destroyed in the Brazilian Amazon, as logging and soy plantations took over the region. Additionally, it doesn’t help that much of Monsanto’s agrochemicals have been linked to mass die-offs of honey bee and monarch butterfly populations, both of which are considered key pollinators of our environment.

Sadly and unfortunately, Monsanto’s deceit ultimately infected the WWF, which has agreed to support the corporation’s plans for unleashing GMO soy on the population.

Monsanto’s goal isn’t to alleviate world hunger. The company’s aim is to make money and retain influence – even at the expense of the Earth’s natural biodiversity. Brazilian soy is now over 90 percent genetically modified. Much of the GM soy is used to sell animal feed back to farmers, as their biodiversity-rich farming practices are taken away from them and replaced by fields of Monsanto-made, GMO soy.