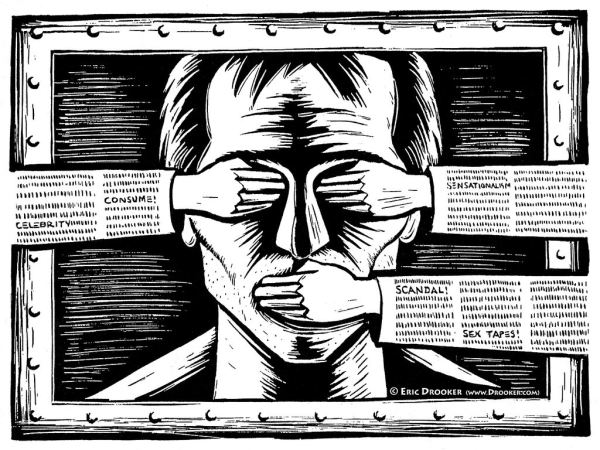 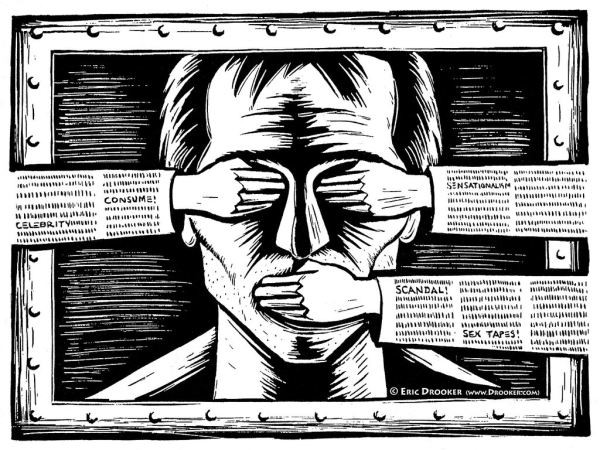 A survey of writers around the world by the PEN American Center has found that a significant majority said they were deeply concerned with government surveillance, with many reporting that they have avoided, or have considered avoiding, controversial topics in their work or in personal communications as a result.

The findings show that writers consider freedom of expression to be under significant threat around the world in democratic and nondemocratic countries. Some 75 percent of respondents in countries classified as “free,” 84 percent in “partly free” countries, and 80 percent in countries that were “not free” said that they were “very” or “somewhat” worried about government surveillance in their countries.

The survey, which will be released Monday, was conducted anonymously online in fall 2014 and yielded 772 responses from fiction and nonfiction writers and related professionals, including translators and editors, in 50 countries.

Smaller numbers said they avoided or considered avoiding writing or speaking on certain subjects, with 34 percent in countries classified as free, 44 percent in partly free countries and 61 percent in not free countries reporting self-censorship. Respondents in similar percentages reported curtailing social media activity, or said they were considering it, because of surveillance.

The survey included only writers affiliated with PEN, the writers’ group emphasizing freedom of expression, and others the group was able to contact, and did not necessarily reflect the views of all writers. But the executive director of the PEN American Center, Suzanne Nossel, said that the findings, taken together with those of a 2013 PEN survey of writers in the United States, indicate that mass surveillance is significantly damaging free expression and the free flow of information around the world.

“Writers are the ones who experience encroachments on freedom of expression most acutely, or first,” Ms. Nossel said. “The idea that we are seeing some similar patterns in free countries to those we’ve traditionally associated with unfree countries is pretty distressing.”

The results of the survey, which was conducted by the nonpartisan research firm FDR Group, arrive amid continuing debate over the data collection programs of the National Security Agency, as well as increased broader concern about the erosion of privacy in the wake of various leaks and hacks, including the recent cyberattack on Sony.

The British novelist Hari Kunzru, a member of English PEN currently living in New York, said fears of government surveillance were a significant concern, even if the information being gathered was not necessarily being put to improper use by officials.

“The feeling that the Internet is looking over your shoulder is now universal,” he said. “But it’s the government that has the techniques and tools to look in at will.”

He added, “We are really putting into place a system that might be used by more tyrannically inclined governments in the future.”

The 2013 PEN survey of American writers provoked some comment that writers’ fears were overblown, and there was little evidence that the American government took particular interest in the communications of writers.

But Ms. Nossel said that subjective perceptions of surveillance matter, particularly among those who rely on freedom of expression as “their lifeblood.”

“Just the fact that so many writers say they are deeply concerned and are actually changing their behavior is significant,” she said. “Whether we consider it justified or not, it isn’t something that should be ignored.”