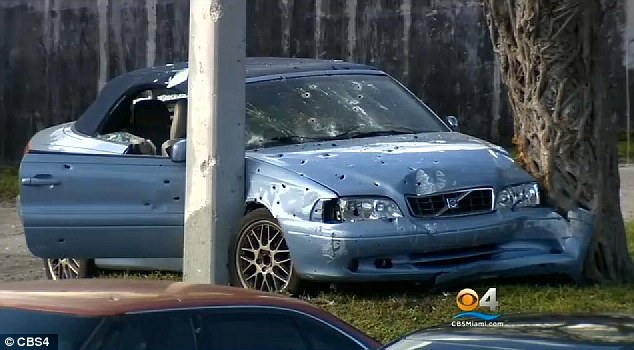 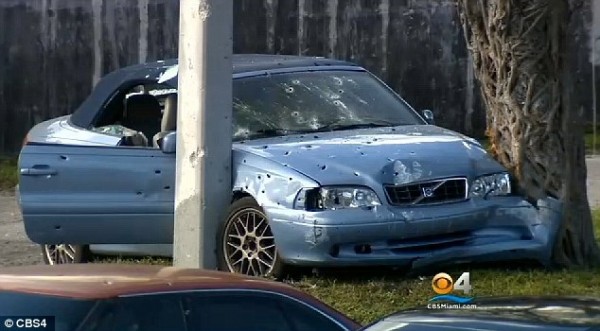 Adrian Montesano was an armed and dangerous criminal, who’d just robbed a Walgreens at gunpoint and shot a police officer.

He escaped in the officer’s patrol car and it was later found dumped at his grandmother’s house, where he took her blue Volvo.

By 5 a.m. every cop in South Florida was looking for a blue Volvo.

When the blue Volvo was spotted, Montesano tried to escape once again. This time he crashed the car, wedging it between a light pole and a tree.

What happened next was sheer ridiculousness.

According to CBS Miami,

Nearly a minute passed before officers opened up – firing approximately 50 bullets at the car and the two unarmed men inside the vehicle.

Bullets were sprayed everywhere. They hit the Volvo, other cars in the lot, fence posts and neighboring businesses. They blasted holes in a townhouse where a 12-year-old dove to the ground for cover and a four month old slept in his crib.