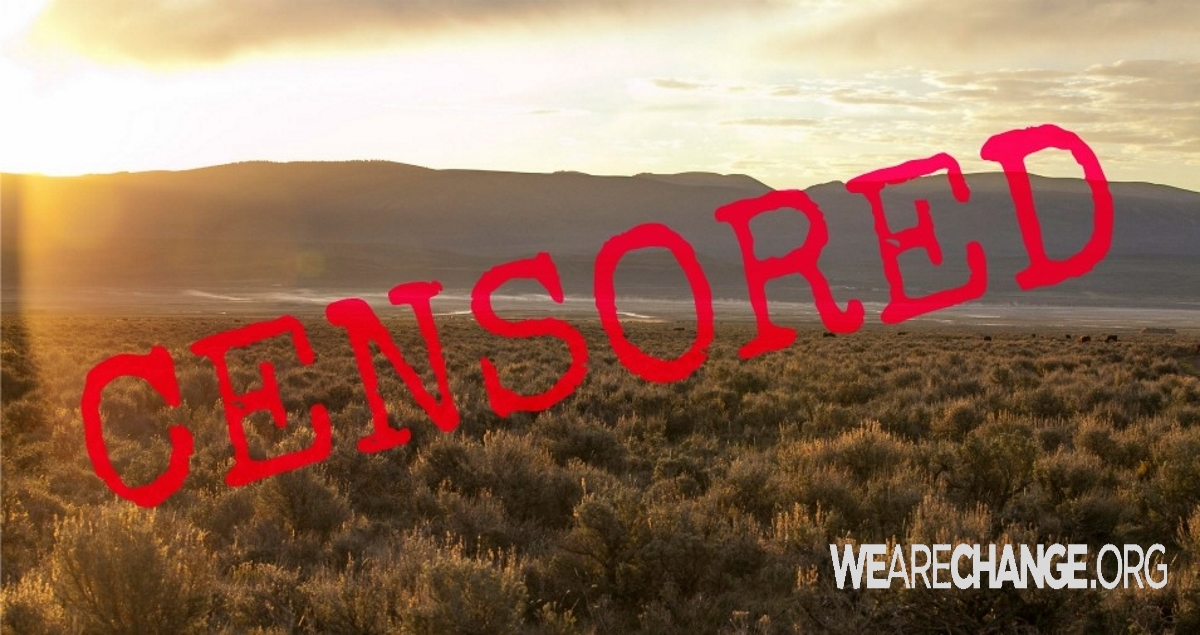 In Wyoming, Taking A Photo of a Polluted Stream Could Land You In Jail

In Wyoming, Reporting Environmental Damage Could Land You in Prison

A law passed by Wyoming Republicans officially makes it illegal for citizens to collect evidence of pollution on public land that could lead to a government investigation of environmental destruction.

Wyoming Governor Matt Mead signed Senate Bill 12 into law in March making it a criminal offense to “collect resource data,” such as photographs of polluted waterways and land that is private, public, or federal outside of city limits. Violators of the law could face a $5,000 fine and/or prison time.
According to ThinkProgress,

Under the law “collect” means to “take a sample of material, acquire, gather, photograph or otherwise preserve information in any form from open land which is submitted, or intended to be submitted to any agency of the state, or federal government.”
The laws says that only citizens who are given express permission to collect such evidence can actually do so, which quite frankly makes it easier for public and private employees to cover up environmental wrongdoing. For example, if a cattle rancher allows his herd to graze too close to public waterways on public land and the cattle cause an E. coli outbreak in the water that could poison people, citizens who collect evidence of this to report to government agencies would be subject to prosecution. In short, the law is an effort to silence and censor whiste-blowers and environmental activists from proving that landowners are illegally polluting public lands.

The Wyoming Sierra Club condemned the law in a statement to ThinkProgress as a broad effort to prevent scientific research and other efforts to help protect the environment.

“We are deeply concerned that this poorly written and overly vague bill will prevent concerned citizens and students from undertaking valuable research projects on public lands, out of fear of accidentally running afoul of the new law (the scope of which no one clearly understands) and being criminally and civilly prosecuted. There is no need for this new bill, and we can only conclude that it is an attempt by private landowners to scare people away from valid research efforts on public land.”

This effort by Wyoming Republicans happened at the same time that Republicans in the United States Senate voted unanimously to sell public lands, including national forests and waterways, to states whose conservative governments will likely turn around and sell those lands to private industry for mining, logging, and drilling.

Why conceal this information instead of using it to clean up the environment?

According to a recent Slate article, a local environmental group found that many Wyoming streams are contaminated by E. coli bacteria. That contamination comes from cow waste that has seeped into waterways. Ranchers don’t want to change their operations, cutting off the source of the pollution. Instead, they chose to cut off the source of complaints.

We’ve seen this strategy from big animal ag interests before.

More than 20 state legislatures have introduced bills limiting public access to information about animal farming since 2011; four have passed. So-called ag-gag laws are aimed at whistleblower workers and concerned neighbors who share photos or videos from factory farms. This “gags” people from coming forward to report food safety threats, workers’ abuses, environmental problems, and animal welfare issues. Many of these laws are based on a “model law” drafted by the American Legislative Exchange Council (ALEC) in 2002. ALEC is a conservative group for state legislators funded by corporations. The group promotes an anti-regulatory, pro-industry agenda.

Of all the industries that would benefit from citizen oversight, the beef industry, which has seen drastic cuts in government inspectors, may rank the highest.

Here are just a few reasons why:

The meat industry has argued for self-regulation to avoid government inspectors. And they have threatened workers who come forward with complaints of illegal and unethical behavior.

We live in a democracy; it’s time we start behaving like one. State legislatures should not be able to suppress information or muzzle citizen activism intended to improve our health and safety.