You’ll Never Guess Who Is Fixing Potholes In Portland 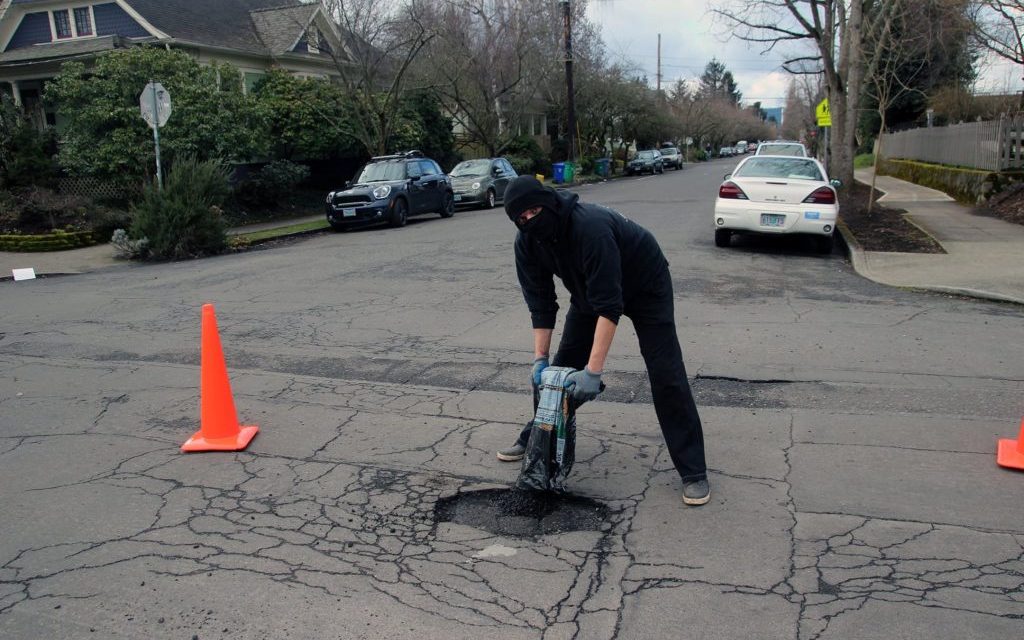 Anarchists are volunteering to fix potholes in lieu of the government, which continues to ignore infrastructure.

One argument in defense of government is that it’s necessary because people need tax dollars to pay for roads, which is accurate only when attention to public infrastructure is at its peak. Unfortunately, this is rarely the case, as more than half of American tax dollars go towards the defense budget, something that the Trump administration actually wants to increase exponentially.

While there are pros and cons to this move, the point is that infrastructure continues to fall by the wayside and this group of people in Portland, Oregon have just about had enough of waiting for their local officials to fix what is damaged in the city, like roads.

The group is the very epitome of an anti-government organization, but they go around fixing roads to show that you don’t have to be pro-government to care about people. The group is called “Portland Anarchist Road Care,” and they pride themselves on providing a service to their fellow citizens without involving the state and without using their tax dollars. 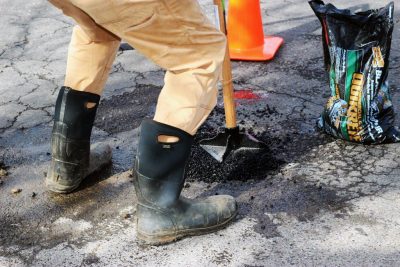 On the group’s Facebook page, they have four key reasons for why they have decided to take roads into their own hands:

“Because we believe in building community solutions to the issues we face, outside of the state.
Because society portrays anarchists as only breaking windows and blocking roads.
Because when faced with anarchism as a political theory, statest often ask ‘But who will fix the roads.’
Because the city of Portland refuses to adequately repair roads in a timely manner.”

More specifically, they believe in “community-oriented direct action,” meaning they don’t waste time going through red tape and waiting for their road repair claims to be accepted and taken care of. Instead, the group formed in late February and has already patched 5 outstanding potholes in the road in response to community requests. 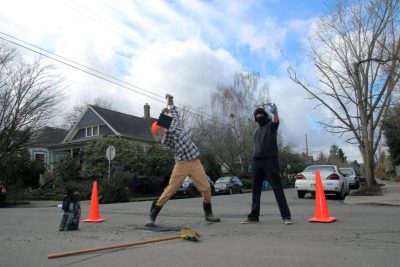 They have said that further reasoning for starting this group, which is deemed a “Political Organization” on Facebook, is because the negligence in Portland is so severe after winter storms tear up the infrastructure that cyclists, cars, and people are in serious danger if these potholes were to be left untouched.

Their aim is to mobilize groups of people interested in volunteering with them in order to “patch our streets, build community, and continue to find solutions to community problems outside of the state.” It’s an ambitious goal, and one that could come to fruition if citizens like the speediness with which their potholes are being filled and are willing to further the cause.

Since the group is so new, it’s unclear what their future holds, but as they monitor their current projects to determine how long the patches last, there are more and more people in Portland becoming interested in how Portland Anarchist Road Care can help in their neighborhood.

This article (You’ll Never Guess What Unexpected Group Is Fixing Potholes In Portland) is free and open source. You have permission to republish this article under a Creative Commons license with attribution to the author and TrueActivist.com