10 Times Social Media Made the World Better in 2014 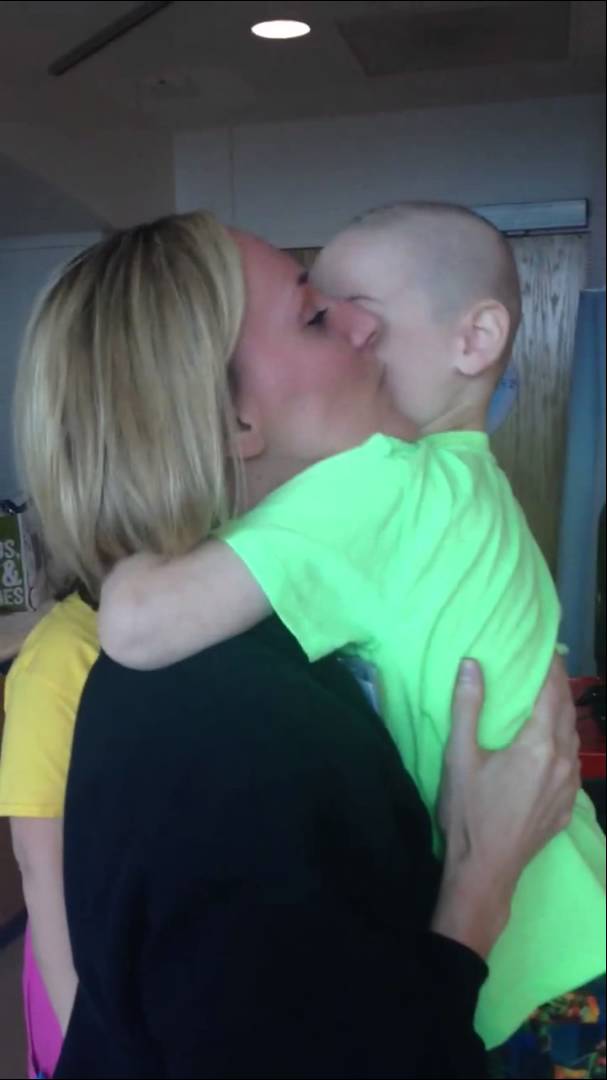 Katheryn Deprill’s March 2 Facebook plea was shared more than 33,000 times—and one of the people who saw it was her biological mother, Cathy Pochek, who contacted an attorney to arrange a reunion at his office. “She left me somewhere she knew I’d be found,” Deprill (nicknamed the “Burger King baby”) told CNN affiliate WFMZ. “She did not want to throw me away.”
After Tara Taylor uploaded a photo of her daughter, Rylee, to Facebook, a friend reached out about a strange glint in the toddler’s eye, saying it could be a sign of vision problems. A Memphis retina specialist diagnosed the youngster with Coat’s disease, which can cause blindness, and Rylee started treatment to help restore some of her peripheral vision.
https://twitter.com/JasonBiggs/status/528355984633503744

When his dog, Gina, ran away on Halloween, the American Pie and Orange Is the New Black actor asked his Twitter followers to keep an eye out for her. Thousands of retweets later, Gina was found alive. Biggs tweeted, “Could NOT have done it without you guys. An amazing woman picked her up in the street, and you guys ended up forwarding the message 2 her.”

On Feb. 2, a Michigan mom started a Facebook page to solicit birthday wishes to cheer up her disabled son, Colin, who said he didn’t want an 11th birthday party because he thought he didn’t have friends. About a week and a half later, he had 60,000 of them on Facebook, and a few weeks after that, Good Morning America hosted a surprise birthday celebration for him in Times Square. Now the “Colin’s Friends” page has more than 2.1 million fans.

5. When a 7-year-old leukemia patient found out he could leave the hospital.

6. When an ALS patient thanked people for their Ice Bucket Challenge videos.

The Ice Bucket Challenge craze—which helped raise $115 million for Amyotrophic Lateral Sclerosis (ALS) research earlier this year—produced all kinds of remarkable videos. But none were more poignant than the one from Anthony Carbajal, documenting how he cares for his mother, who has ALS, before revealing that he too had been diagnosed with the disease. For people like him, he said, the Challenge was an invaluable resource.

This photo of a little boy reading to a tabby cat went viral on Reddit in early February, raising awareness about the adorable “Book Buddies” program at The Animal Rescue League of Berks County, in which children read aloud to cats at the Pennsylvania shelter to practice their reading skills.

8. When a baby heard for the first time.

This YouTube video uploaded by Toby Lever of Victoria, Australia, shows the moment when a seven-week-old baby named Lachlan—diagnosed with moderate-to-severe hearing loss—hears his parents’ voices for the first time, thanks to new hearing aids and therapy. It has logged 11.8 million views to date.

9. When a NFL player gave a pep talk to his 4-year-old daughter before surgery.

Pre-surgery pep talk…I might be nervous and scared beyond words but I'll never let her see it…let's get this done!

10. When a mom with Alzheimer’s remembered who her daughter was

In this YouTube video uploaded August 29, Georgia resident Kelly Gunderson said she captured a rare moment in which her 87-year-old mother, an Alzheimer’s patient, seems to remember who she is. Gunderson told TODAY she hopes the clip, with some 8 million views to date, will give other family members who are caregivers hope and something to relate to.