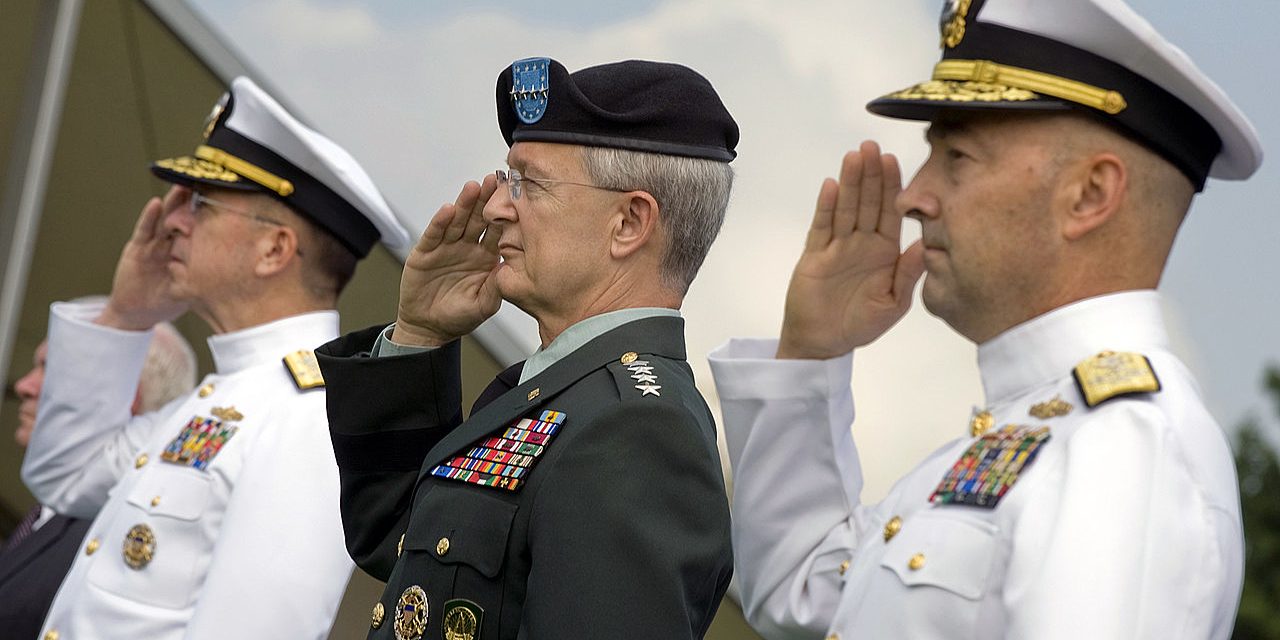 Article via The Anti Media

America’s generals are talking turkey. But we’re not talking about the well-known idiom for “speaking frankly” about a subject … although over 120 retired generals did just send a frank letter in response to a new State Department-slashing budget proposal by President Trump.

Why do these men of war want to make sure Trump doesn’t gut diplomacy? Because they think it is “critical to keeping America safe,” according to a report by CNN on the much-discussed letter.

Silly generals. Don’t they know that Trump’s $54 billion military budget increase — which all by itself equals 80% of Russia’s total military budget — is all the diplomacy Uncle Sam’s going to need in his blustery new world of nuclear domination? In fact, don’t they know that their never-serving commander-in-chief actually knows more than they do? As ever, it appears that the generals are woefully behind Trump’s tremendous curve.

Because the real turkey some generals are talking is Turkey … as in the strategically located Muslim-majority nation where America stores some of those tantalizing nukes Trump wants to stockpile. It’s also where one of the world’s many strongmen du jour is cracking down on his enemies in the press … along with many, many others.  And it’s where the military has traditionally been the guarantor of the secular nation’s often tenuous democracy. It’s the type of role the military in the United States has (mostly) avoided over the course of American history. At least, that was until Donald Trump became commander-in-chief.

Now, in a mostly overlooked story, Politico has detailed the extent to which Trump’s cabinet of generals has quietly formed a phalanx against the possible excesses of a man who has described himself as the “most militaristic person who will ever meet.” According to Politico, the elevation of Sith Lord-wannabe Steve Bannon set off alarms among Trump’s generals. That order also marginalized Joint Chiefs Of Staff Chairman Gen. Joseph Dunford. It left “the nation’s highest-ranking military officer, without a permanent seat on the NSC’s most senior body” and put Bannon in the all-important role of being the last person to have Trump’s ear when Mr. Militaristic makes life and death decisions to use kinetic force.

As Politico’s Patrick Granfield wrote (with thanks to additional reporting by the Associated Press), “it was on account of concern with these sorts of half-baked executive orders coming out of the White House that Mattis and Kelly arranged to have one of them in the country at all times during Trump’s initial weeks in office.”

Yes, you read that correctly. Former Generals Mattis and Kelly were alarmed enough by this turn of events to institute a fail-safe plan that made sure one of them was “in the country at all times” … just in case things went off the rails. As Garfield states all too clearly, “it shows that it is military leaders, albeit retired, who feel the need to guard against the overreach of a civilian executive. It’s a phenomenon familiar to countries like Turkey or Egypt, but not the United States. Until now.”

Frankly speaking, this notable insight into the generals’ startling machinations fits a fairly clear pattern. Despite the understandable unease many expressed at Trump’s obsession with collecting top brass, they’ve thus far been bulwarks against the excesses of the blaring bugle boy they’ve signed up to serve.

The key moment may have been the National Security state showing the door to the widely disliked Lt. General Michael Flynn. The Strangelovian Flynn was unceremoniously dumped because insiders didn’t like his rosy “Russian to judgment” on Putin. Perhaps just as important, though, may have been his dangerous histrionics about Islam that were tantamount to declaring war on a religion. Coincidentally, it wasn’t too shortly after Flynn “put Iran on notice” that the final leaks washed out his tenure.

The appointment of the widely-respected warrior-scholar Gen. H.R. McMaster to fill that vacancy signaled a big win for the people who know what it means to send people into combat. In fact, while the draft-avoiding Trump was enduring his own “personal Vietnam” by avoiding the lurid landmines of sexually transmitted diseases as he charged into the battlefield of Manhattan’s nightlife, his new National Security Advisor was literally writing the book on Vietnam. And that’s not the only way the two men are not on the same page.

Unlike Trump, McMaster pointedly said that the magic words “Radical Islamic Terrorism” not only lack supernatural implications but are counterproductive to the fight against terrorism. Even better, the head of Trump’s Department of Homeland Security not only contradicted his boss when said he “regretted” the bungled rollout of the “It’s Not A Muslim Ban” Muslim ban, but General John Kelly’s DHS also sent a report to the White House contradicting the claim that the famous “seven countries” pose a risk to the United States, according to the Wall Street Journal.

But Trump knows more than the generals, right?

At least, that’s what a senior administration official believes. That’s why the unnamed official unabashedly told the Journal, “The president asked for an intelligence assessment. This is not the intelligence assessment the president asked for.” Perhaps this was yet more evidence to Kelly and Mattis that during those frenetic first few weeks one of them needed to be “in country” just in case the fight to protect the republic went hot.

So far, the only real heat is coming from the commander-in-chief’s self-serving willingness to deflect the responsibility for the disastrous raid on Yemen. Although the White House still claims it was a tremendous success, the raid yielded no usable intelligence, failed to nab the targeted terrorist, saw a Navy Seal killed and a $75 million plane go up in flames and, perhaps worst of all, a number of women and children killed in the hackneyed operation. But now the Democrats see a sequel to Benghazi, and the father of the fallen SEAL not only refused to meet with Trump but also called for an investigation into the debacle.

So, true to form, the commander-in-chief has blamed the generals for muffing what would otherwise have been a highly-rated episode of his ongoing divorced-from-reality show. And what better place for him to pass the buck than on another divorced from reality show—the feckless fawners of FOX & Friends. As Trump said to the media’s most mendacious ménage a trios:

“This was a mission that was started before I got here. This was something they wanted to do. They came to me, they explained what they wanted to do ? the generals ? who are very respected, my generals are the most respected that we’ve had in many decades, I believe. And they lost Ryan.”

They lost Ryan. Or, to coin a phrase, they didn’t save Chief Petty Officer Ryan Owens. Steve Bannon couldn’t have scripted it any better. Seriously, he literally couldn’t have scripted it better. The movies he made totally sucked. But Trump, who watched a lot of generals on TV in preparation for his candidacy, has obviously been locked and loaded ever since he watched Spielberg’s movie. Like the cynically stagecrafted ovation he produced for CPO Ryan’s heartbroken widow, Trump delivered his blame-shifting lines like a real pro. Unfortunately, the actual pros in the military are now at the whim of a commander-in-chief whose only real allegiance is to himself and his beloved brand identity.

And that’s the real danger the generals now have to guard against — the inherent paranoia that seems to come with the strongman style of governance. Ultimately, when the leader begins to confuse himself with the state — and when culpability for mishaps and malfeasance are opportunities to force underlings to fall on their swords — the generals in tenuous democracies often have to do what the electoral system cannot.

But because America is not Turkey, all Trump can do right now is propose a draconian, government-gutting budget, sign often-ceremonial executive orders, and prioritize brash displays of phallic power over the softer power of diplomacy. Perhaps surprisingly, it’s that soft power the generals want to preserve.

As the missive from the retired generals pointed out, “The State Department, USAID, Millennium Challenge Corporation, Peace Corps and other development agencies are critical to preventing conflict and reducing the need to put our men and women in uniform in harm’s way.” They also noted that when he was Commander of U.S. Central Command, Trump’s current Secretary of Defense Secretary James “Mad Dog” Mattis said, “If you don’t fully fund the State Department, then I need to buy more ammunition.”

Unfortunately for us all, that’s exactly what Trump intends to do.