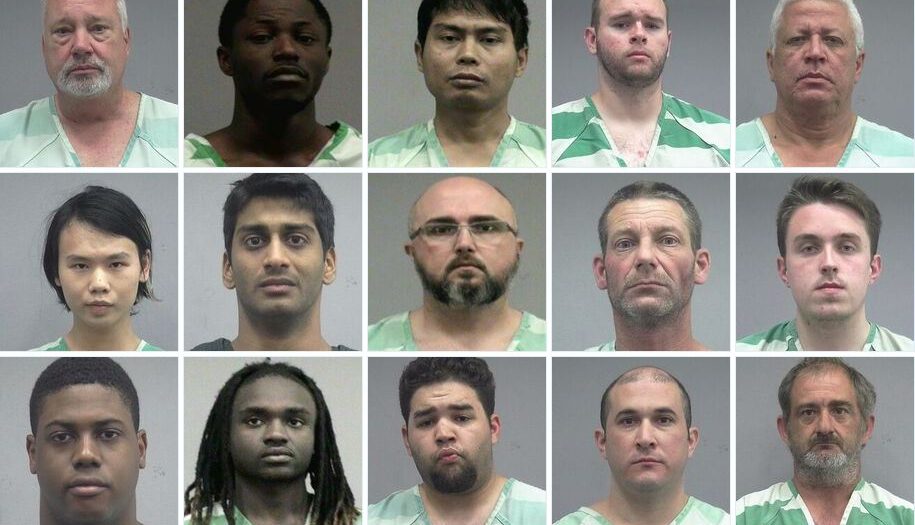 Police in Gainesville, Florida have arrested 15 men this month as the result of an undercover child sex sting operation. Florida police have seemingly upped the ante on their sex trafficking investigations, also arresting 114 suspects in Polk County in December on similar charges.

The 15 men were arrested after being lead to believe that they were about to have sex with a 14-year-old girl, as reported by local news. The sting operation, dubbed “Operation Resilient” included the work of 46 law enforcement agents from 7 different agencies, including the FBI.

The sting lasted only five days, after beginning on March 15.

Now, the suspects are all facing charges of soliciting sex to children, as well as other charges pertaining to their specific cases. One man is facing an additional charge related to sending a nude photo to an undercover official that he believed to be a 13-year-old child. Another suspect is facing an additional charge of resisting arrest, after multiple officers had to be utilized to detain him when he allegedly managed to pull the trigger of a stun gun attached to the uniform of an officer.

The Gainesville Police Department has released a statement which reads:

Among those arrested, three were college students at the University of Florida. Two of the students were reportedly under the impression they were communicating with 14-year-old boys.

Other suspects received information that they were talking to the guardian of a 14-year-old girl, who assured them that it would be okay to have sex with a child.

The overall average age of the suspects is 32.

Not everybody who was targeted in the sting was charged and it seems as only those who made a conscious effort to meet with a child were arrested.

“Fifteen men made the conscious decision to get into a vehicle and travel with the intention of having sex with a teenager… I’m proud of everyone involved in this operation as they seek to get these offenders behind bars and away from our children,” Gainesville Police Chief Tony Jones said in a statement.

The good news, in this case, is that no child (that we yet know of) was exploited and these men were arrested before they could make that decision.