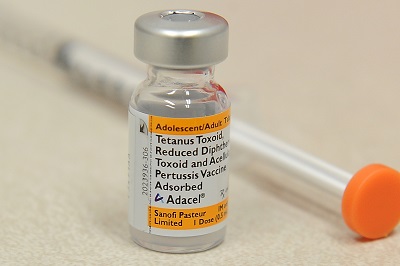 A study published in The National Center for Biotechnology Information reveals the the United Stated government has known since 1991 that a link between Tdap and microcephaly exists.

In light of this information, why are government officials set on blaming the recent microcephaly outbreak in Brazil on the Zika virus? Why is the fact that not a single known case of microcephaly been reported as a result of the virus in over 70 years?

The following, written by Sean Adl-Tabatabai, sums up the findings of the research:

Among symptomatic cases, presumed causes are frequently grouped according to the timing of the suspected insult as occurring pre-, peri-, or postnatally. Prenatal factors are thought to account for 20 to 30 percent of cases. This category includes cerebral anomalies, chromosomal disorders, neurocutaneous syndromes such as tuberous sclerosis, inherited metabolic disorders, intrauterine infections, family history of seizures, and microcephaly (Bobele and Bodensteiner, 1990; Kurokawa et al., 1980; Ohtahara, 1984; Riikonen and Donner, 1979).

Among the earliest case reports suggesting a possible link between infantile spasms and pertussis immunization are those of Baird and Borofsky (1957). They described 24 children who had hypsarrhythmia and infantile myoclonic seizures and whose development prior to the onset of spasms was apparently normal. Nine cases of infantile spasms were reported to have occurred between 1 and 5 days after DPT vaccination.
Three of these nine children also had a history of perinatal complications that the authors thought might have been related to a risk of infantile spasms. The authors also stated, on the basis of a review of published EEG tracings, that hypsarrhythmia was present in two of the affected children described by Byers and Moll (1948). Since these early case reports, additional cases of infantile spasms in association with pertussis immunization have been described in the literature (Fukuyama et al., 1977; Millichap, 1987; Portoian-Shuhaiber and Al Rashied, 1986). The time intervals reported between vaccination and the onset of infantile spasms have been from minutes to weeks (Melchior, 1971).