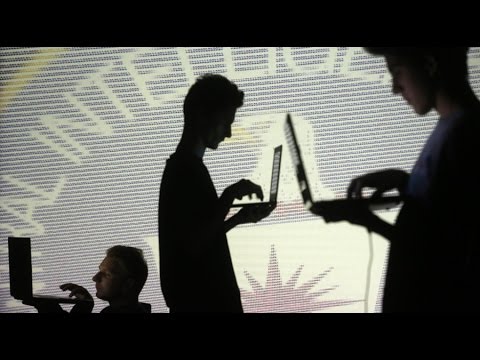 While the media goes on and on about the latest declassified intelligence from a DNI report that supposedly proves Russia’s Putin hacked the U.S elections to get Donald Trump into office, we go over 3 important facts you should know about the CIA Russian hacking story.

There is an abundance of fake news out there, and today we are going to come back to reality, and we are going to take a look at the declassified CIA report that allegedly proves the Russians hacked the 2016 U.S. Election.

Here are the top 3 facts that debunk the CIA’s “Russian Hacking” story:

1. The latest report still does not provide concrete evidence – The mainstream media is now scrambling to change its talking point from “Russian Hacking” to “Russian Influence,” because the latest report from the Office of the Director of National Intelligence still lacks the proof needed to back-up the claim that the Russian government directed the hacking of DNC servers.

Nevertheless, a story on the report from Gizmodo said, “This report contains some of the most damning and explicit language about Russia’s involvement in the election that we’ve seen so far from US intelligence officials.”

Interestingly enough, when a mainstream media figure did attempt to point out the obvious lack of evidence, he was ridiculed as a result. CNN Host Michael Smerconish was ridiculed by his followers after he posted a Tweet that said, “Where’s the beef? Someone pls direct me to the evident? I want to see more. Intelligence Report on Russian Hacking.”

Where's the beef? Someone pls direct me to the evidence? I want to see more. Intelligence Report on Russian Hacking https://t.co/bsZkEW1Rb6

2. The DNI report debunks itself with curious disclaimer – The report includes a disclaimer, which says, “Some of our judgments about Kremlin preferences and intent are drawn from the behavior of Kremlin-loyal political figures, state media, and pro-Kremlin social media actors, all of who the Kremlin either directly uses to convey messages or who are answerable to the Kremlin.”

As WikiLeaks noted, the report “has the curious disclaimer that it is based on watching TV shows and reading Tweets.”

US government's declassified "Russian hacking" report has the curious disclaimer that it is based on watching TV and reading Tweets. pic.twitter.com/Ac1Iyec839

While the mainstream media has claimed that “it looks like Russia hired internet trolls to pose as pro-Trump Americans,” it seems to have forgotten the fact that they are accusing Russia of doing exactly what Hillary Clinton did when they hired a paid army of online trolls. They are essentially saying the Russian are guilt of manipulating the election—just like Clinton!

3. The report used a show that ended two years ago, in order to prove “Russian influence” on the 2016 election – The report identified RT’s “Breaking The Set,” a show hosted by Abby Martin that aired from September 2012 to February 2015, as one of the main influences that pushed Americans to vote for Donald Trump.

Once again, the allegations that have been made against RT could have also been made against Clinton. She was known to have “kept journalists in her pocket,” which included a Politico reporter sending his stories to the Clinton campaign for approval before sending  them to his own editors, and a CNN analyst leaking debate questions to the Clinton campaign.