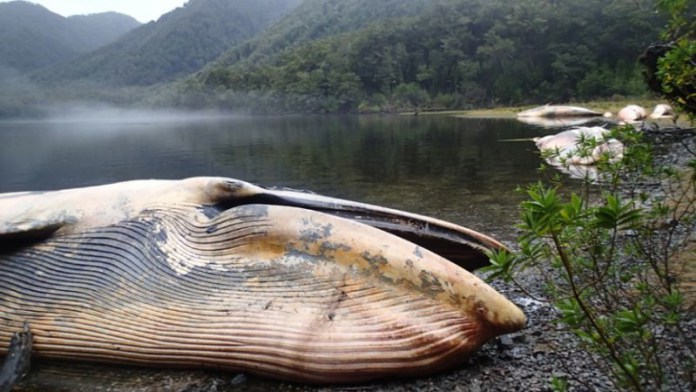 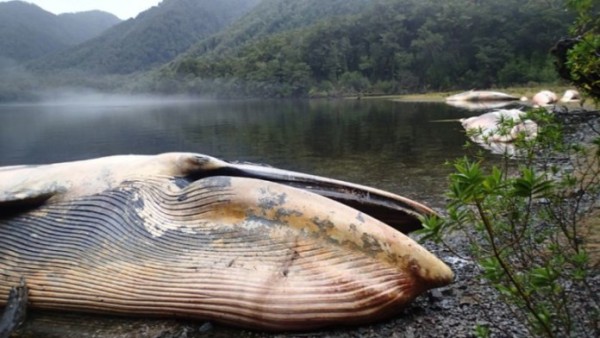 According to Chilean newsagencies. the whales were discovered by scientists on November 17, but only now has the mass death been reported to the authorities (and leaked to the press). In May, in the same part of the Aysen region, biologist Vreni Haussermann discovered 30 dead Sei whales. Baffled scientists suggested at the time that the deaths might have been caused by a virus, and promised to launch an investigation.

At first, researchers counted 20 carcasses but warned that the number could increase following their investigations. The final count is shocking. After the first deaths in May, Haussermann teamed up with Dr. Carolina Simon Gutstein and they pooled their resources together. Using aerial and satellite photography, the scientists have counted 305 carcasses and 32 skeletons in the area between the Gulf of Penas and Puerto Natales.

This is the single biggest mass whale death known to science. Haussermann said it was “an apocalyptic sight.”

Sei whales can weigh up to 50 tons, and they usually live in deep waters far from coastlines. They feed on krill and other small sea creatures by using a filter system, which makes them vulnerable to plastic pollution, and in particular, microbeads.

Due to the remote area and rough seas on the Southernmost tip of Chile, not to mention the decomposition of many whales, conducting experiments to determine the exact cause of death isn’t easy. The case was recently reported to Chilean fishing body Servicio Nacional de Pesca, and will be followed up by the Chilean police.