NEW STUDY: Heavy Metal and Punk Music Does NOT Make You Angry 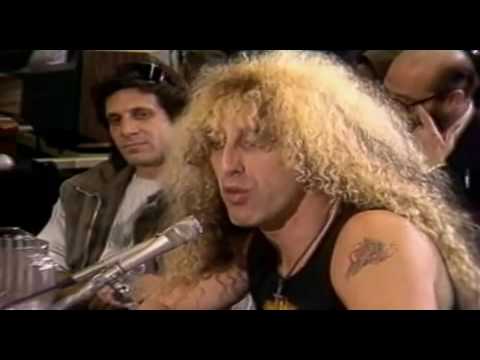 (ANTIMEDIA) According to a new study by the University of Queensland, Australia, “extreme music” does not cause anger in listeners, but instead may help with processing.
The study, published in Frontiers in Human Neuroscience, focused on “extreme” genres of music, including heavy metal, emo, hardcore, punk, screamo, and various subgenres. Drs. Genevieve Dingle and Leah Sharman studied 39 regular listeners of extreme music between the ages of 18 and 34.
The participants were monitored while describing topics that inspired anger or irritation, and then while listening to 10 minutes of songs of their choice. This was followed by 10 minutes of silence. The researchers concluded that metal music relaxed participants as effectively as sitting in silence.
“We found the music regulated sadness and enhanced positive emotions,” Sharman told The Guardian. “When experiencing anger, extreme-music fans liked to listen to music that could match their anger.”
The study found that the music helped the participants feel active and inspired. “Results showed levels of hostility, irritability and stress decreased after music was introduced, and the most significant change reported was the level of inspiration they felt,” they wrote. Sharman also noted that despite participants choosing songs with themes of anger, aggression, isolation, and sadness, they were using the music to enhance happiness.
The researchers also note the limitations of their study and call for more research. “Further research is required to replicate these findings in naturalistic social contexts, and to investigate the potential contributions of individual listener variables on the relationship between extreme music listening and anger processing,” they noted.
The study goes against the traditional mainstream narrative that angry music (or video games) will create angry, violent people. This reasoning has long been applied in attempts to ban or censor music. One famous example of this occurred in 1984. Dee Snider of the band Twister Sister spoke to Congress about the allegations that heavy music was making children crazy. Snider spoke before Congress, arguing against Al Gore’s censorship plan. Meanwhile, Al Gore’s wife, Tipper Gore—founder of Parents Music Resource Center—was leading the call for censorship. Hilarity ensued:

Despite what the conservative parasite class would have you believe, metal and punk will not rot your brain! In fact, for many people, music is a gateway to rebellion and revolution! There will not be a real, lasting rEvolution without the artists—and that includes music—so throw on your favorite revolutionary groove and start building the future you want to see.
BONUS! For the readers who support Anti-Media and enjoy punk or heavy music, I would like to suggest a brilliant band that has amazing, well-written (and researched) lyrics that will get you pumped and educate you! Check out Molotov Solution! Hailing from Las Vegas, Nevada, MS has insane drumming and low, crunchy guitar riffs! The vocals (and again, the lyrics!) from Nick Arthur are awesome for any fan of extreme metal! Check out “Divide and Conquer” from the album, Insurrection! The lyrics are extremely timely with recent events in the U.S. and even feature a quote from Mark Twain!