When only 4 per cent of those killed by US drone strikes are named members of al-Qaeda, it’s hard to trust American foreign policy 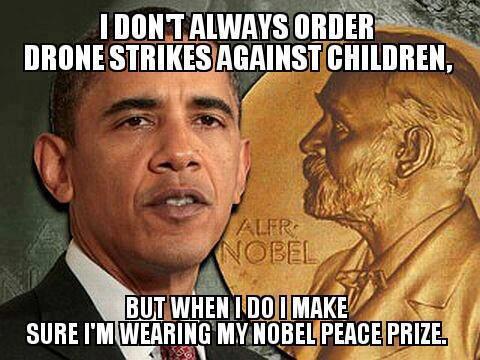 John Kerry says all those fired at by drones in Pakistan are “confirmed terrorist targets” – but with 1,675 unnamed dead how do we know? Responding to a question about drone strikes on BBC’s Hard Talk last year, US Secretary of State John Kerry laid out a clear message. “The only people we fire a drone at are confirmed terrorist targets at the highest level,” he said. “We don’t just fire a drone at somebody and think they’re a terrorist.”

Earlier this month, the US completed its 400th drone strike in Pakistan, a significant milestone in the covert anti-terrorism programme that has been going since 2004 and has claimed 2379 lives, according to available figures.

When faced with concern about who all these missiles are landing on, US officials have sought to emphasise the precision with which they are targeted. Each person fired at has been the subject of a long vetting process, Kerry went on to say.

But a year-long investigation by the Bureau of Investigative Journalism, where I am a senior reporter, we haven’t been unable to establish even the names of two thirds of the people killed by drone strikes in Pakistan.

Of the 704 names we do have, less than half of them are described as militants, and only 84 are described as al-Qaeda. This means that fewer than four per cent of the overall dead are convincingly identified as named members of the group whose attacks on the US homeland in September 2001 provided one of the key legal justifications for the Pakistan drone campaign.

Undoubtedly, drone strikes have killed senior figures in al-Qaeda and allied groups (though the Bureau’s data shows only 111 of the named dead in Pakistan described as a senior commander of any militant group at all – just 16 per cent of the total).

Moreover, it’s likely that among the vast ranks of the unidentified dead are dangerous militants. But the fact that the investigation by the Bureau’s Naming the Dead project has been able to establish so little about who the drones are killing raises an important accountability question, one which needs to be addressed more urgently than ever as the US prepares for a new counter-terrorism campaign against Islamic State.

In pictures: Artists in Pakistan target drones with giant posters of child victims

But it’s also important methodologically to ensure you’re recording the right people and also towards saying who these people actually were,” says Elizabeth Minor, a senior researcher at the Oxford Research Group’s Every Casualty project.

The Bureau has made concerted efforts to find out the names of all those killed in drone strikes in Pakistan, drawing on independent field research inside the country, classified and unclassified government documents, media and NGO reporting.

If that still leaves two thirds of them unidentified, how can we assess the credibility of statements like Kerry’s?  The fact that all or even most of the 1,675 unnamed dead in Pakistan were what Kerry would call  “confirmed terrorist targets at the highest level” is an awful lot to take on trust.