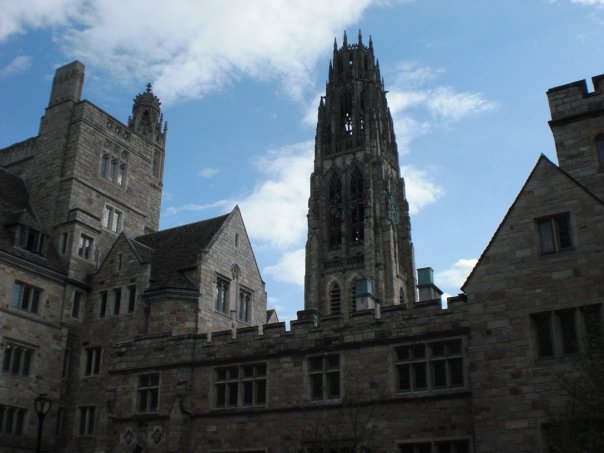 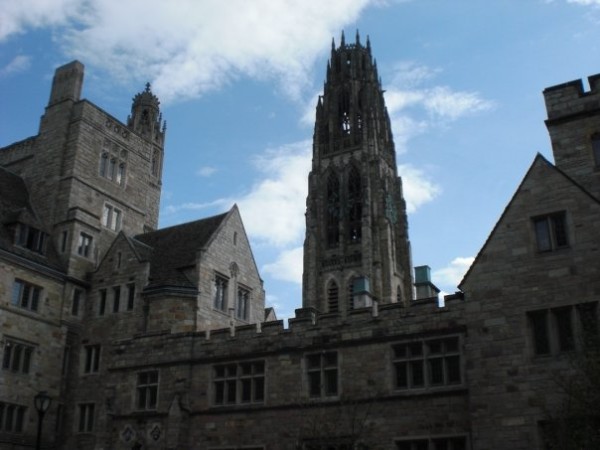 There was a lot of ruckus in the media when a Yale student, Jerelyn Luther, was recorded screaming at a Yale professor whose wife, Erika Christakis, had sent a now infamous e-mail critical of politically-correct campus organizations. Just two days ago, Ms. Christakis spoke to the New York Times, for the first time recounting how an e-mail meant to foster dialogue turned into national outrage directed at her and her husband. The Times wrote:

“Increasingly, college administrators are pushing back against student demands perceived as doctrinaire on matters involving cultural sensitivity, and are asking for a spirit of negotiation rather than ultimatums, as Ms. Christakis urged in her email.”

The Times further goes on to report that Ms. Christakis’ friends asked her why she would stick her neck out by commenting on a “hot-button issue” that they see as stemming from a new generation of “inflexible, spoiled brats” who have no tolerance for what other people have to say, thus highlighting how the older generation perceives this anti-speech crisis in academia to be a problem that did not exist before; but the truth is that this inflexibility in the Yale community is not something new, it’s been a cultural aspect of the university for almost two centuries.

When Skull & Bones was founded in the 1830s, it immediately cloaked itself in secrecy and silence. Members of the society would sometimes get up and leave a room if someone even asked them a question related to their membership in the extremely wealthy organization that has included in its roster a laundry-list of statesmen and oligarchs.

When I first started at Yale, we were taken to countless events and orientations and even humorous performances by some of the campus groups. Campus groups are primarily led by seniors, naturally, and they set the tone for the freshmen, handing down ultimatums on silence.

One performance which I still vividly remember involved a group which was led by two Bonesmen; the list of members is published annually by The Rumpus, the college tabloid, for which I was a contributor, so I can confirm who was a member during my time there.

In that performance, we were comically shown the horrendous situations that could arise if people started talking about “wealth” and other privileges they or their families enjoyed. Many people get into Yale hoping they can get accepted into a society, even if they don’t admit it, and senior year I knew there were some people disappointed when no one came to their door tapping them to join a secretive group.

That drive and ambition to be accepted, to “make it,” immediately establishes the culture of not asking questions and of not discussing things that could make people with “secrets” uncomfortable, or feel like they need to leave the room. The ultimatum secret society members issue is: “even acknowledge us and you’re out of the race, as well as anyone who associates with you.”

There were times when I would enter the dining hall and you could hear a pin drop; silence at Yale is a sign of seriousness and intelligence and thoughtfulness. Asking questions and inquiring about secretive machinations will get even the most harmless person Snowden-ed.

In fact, even mentioning the fact that the secret societies existed could make a whole table go quiet and people were extremely hesitant, even afraid to acknowledge or talk about the Native American skeletons next door.

I remember once being in the library, stacking books so I could pay my way through, and during a break we start discussing how falsely Yale is portrayed in Hollywood fiction. I bring up the movie The Skulls and mention how ridiculous it was that in the movie two of the characters had a dorm room so big that they could throw a ball to one another for fun. Everyone went extremely quiet and looked nervous.

They made it very clear that it was not a good idea to talk about having seen that film.

The fact today that a student like Jerelyn Luther can scream at a professor whose wife sent an e-mail going against campus culture doesn’t mean that the university has changed that much. It just means that brown students who were once denied entry to the elite ivory tower are now demanding the same right to establish silence on certain topics, and to issue ultimatums.

During this entire debate on free speech at Yale, no one has even brought up the fact that talking openly about secret societies — groups which form an intrinsic part of the campus culture — is fully out of the question to nearly all of the students. To get ahead at Yale with campus organizations, you have to play the game, and that game is: silence.

Ms. Christakis’ crime wasn’t that she sent an e-mail asking for students to be allowed to wear offensive Halloween costumes. Her treason was breaking the silence code by telling students that they could even “think” about going against ultimatums issued by the same seniors “making secret oaths and engaging in secret proceedings.”

Those same seniors have been taught for four years that asking the wrong question or presenting the wrong knowledge could ruin their bright futures, so it is only natural that they get angry. And anger, true to the powerful emotion that it is, spreads through campus and trickles not only down, but across the whole United States, where members of Yale’s secret societies occupy the highest offices of power.