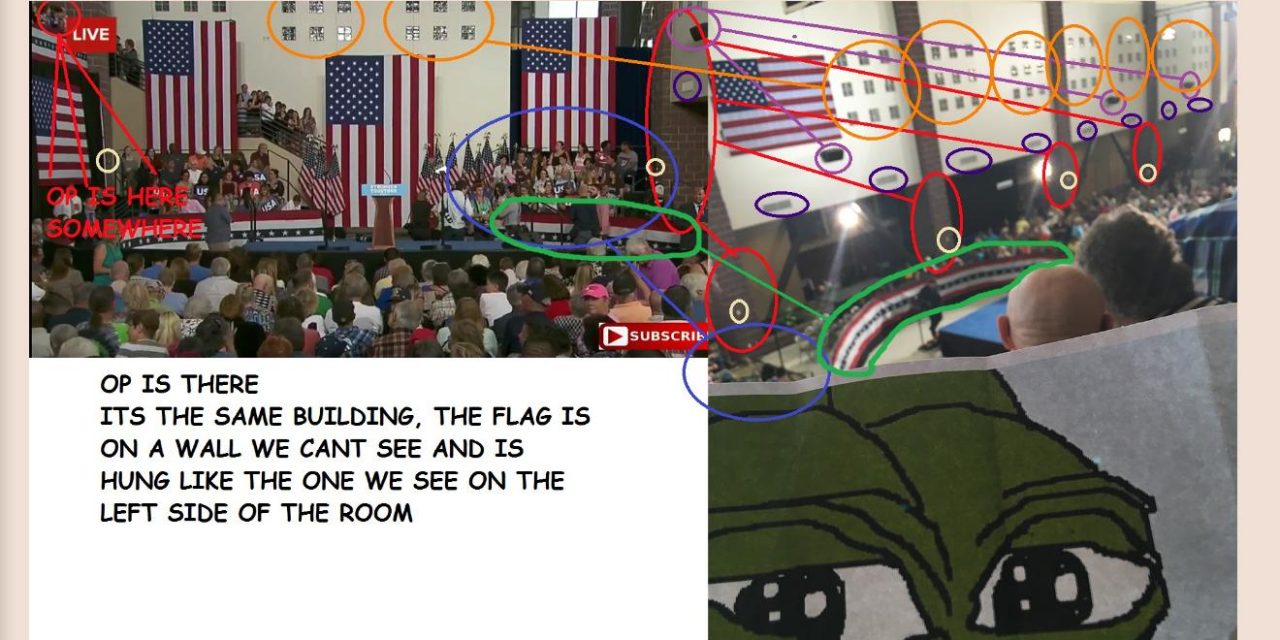 As Democratic candidate Hillary Clinton gave a speech in Reno, attempting to smear the millions of people who support her opponent Donald Trump as racist monsters — 4chan was in the building to gloriously troll the low-energy event.

Shortly before the toxic speech began, an anonymous user posted to the messageboard with a photo of a rare Pepe held up with the crowd in the background.

“At a hill rally in the top left corner of the balcony. Look for me!” the poster wrote. 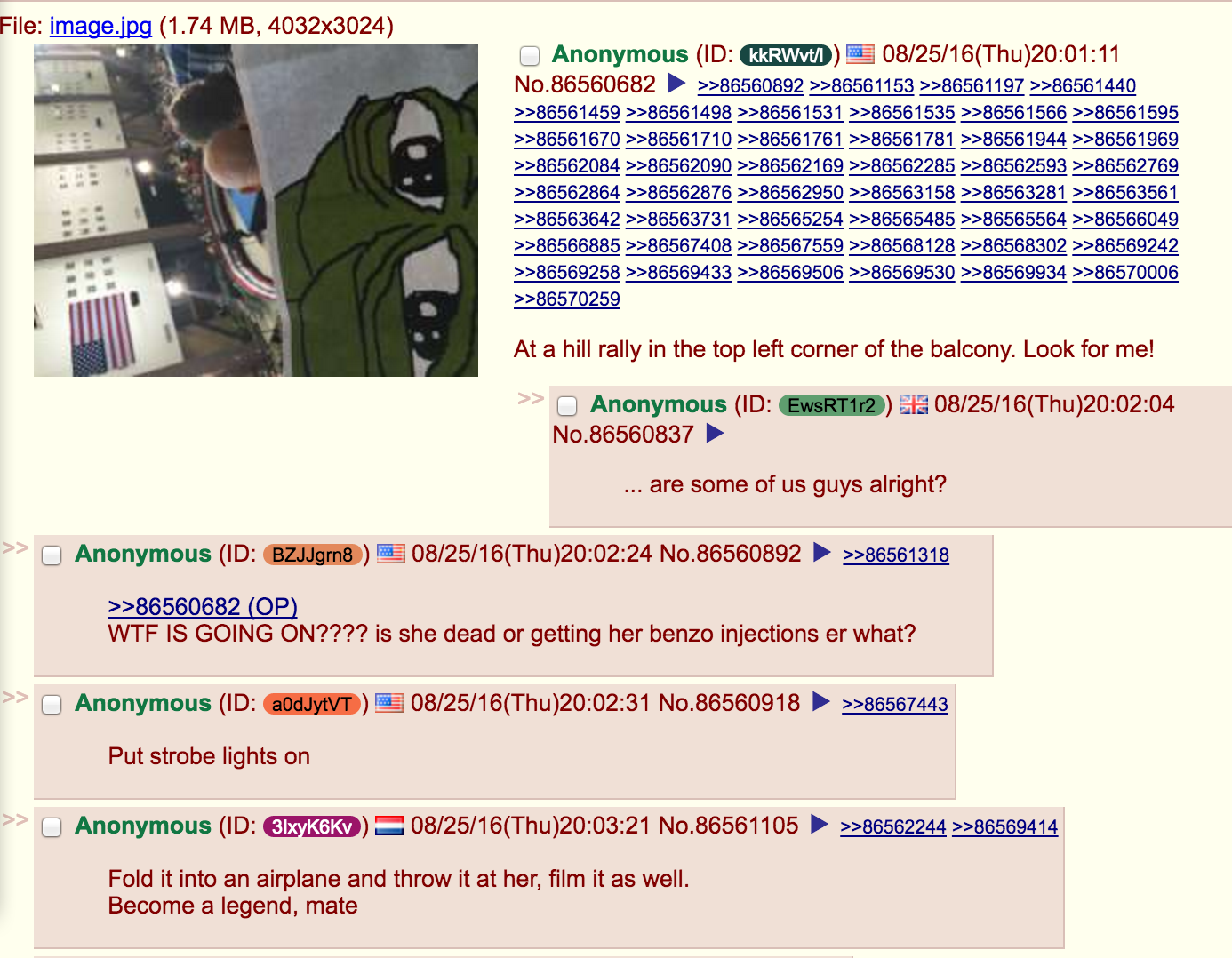 Immediately, other users began urging the original poster to shout “Pepe” during the speech in an attempt to give the possibly-sick candidate a seizure, and directing them which way to move in order to get into the camera’s shot.

It was quickly confirmed that they were, in fact, inside the rally. 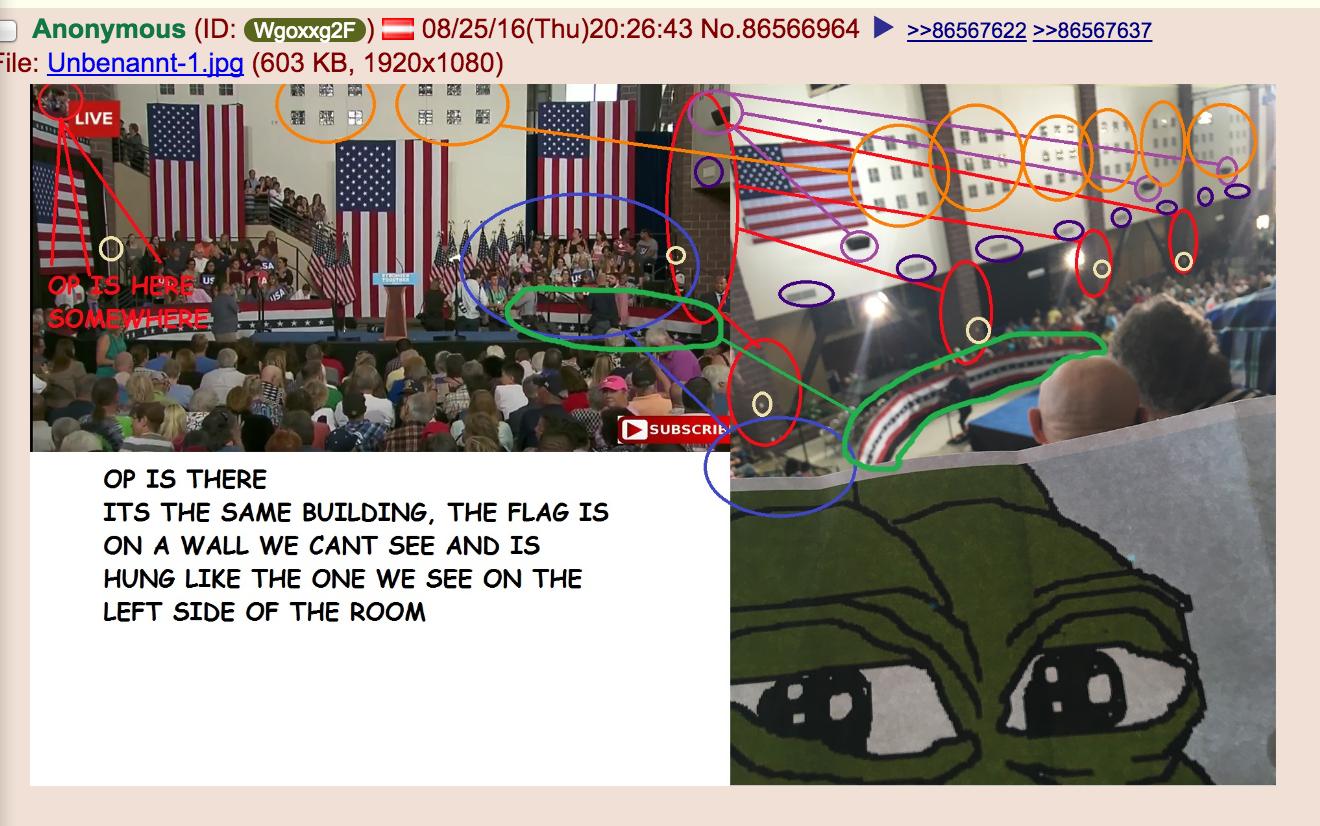 From the likely-geriatric or paid-to-be-there crowd, a voice was heard shouting — “PEPE!” 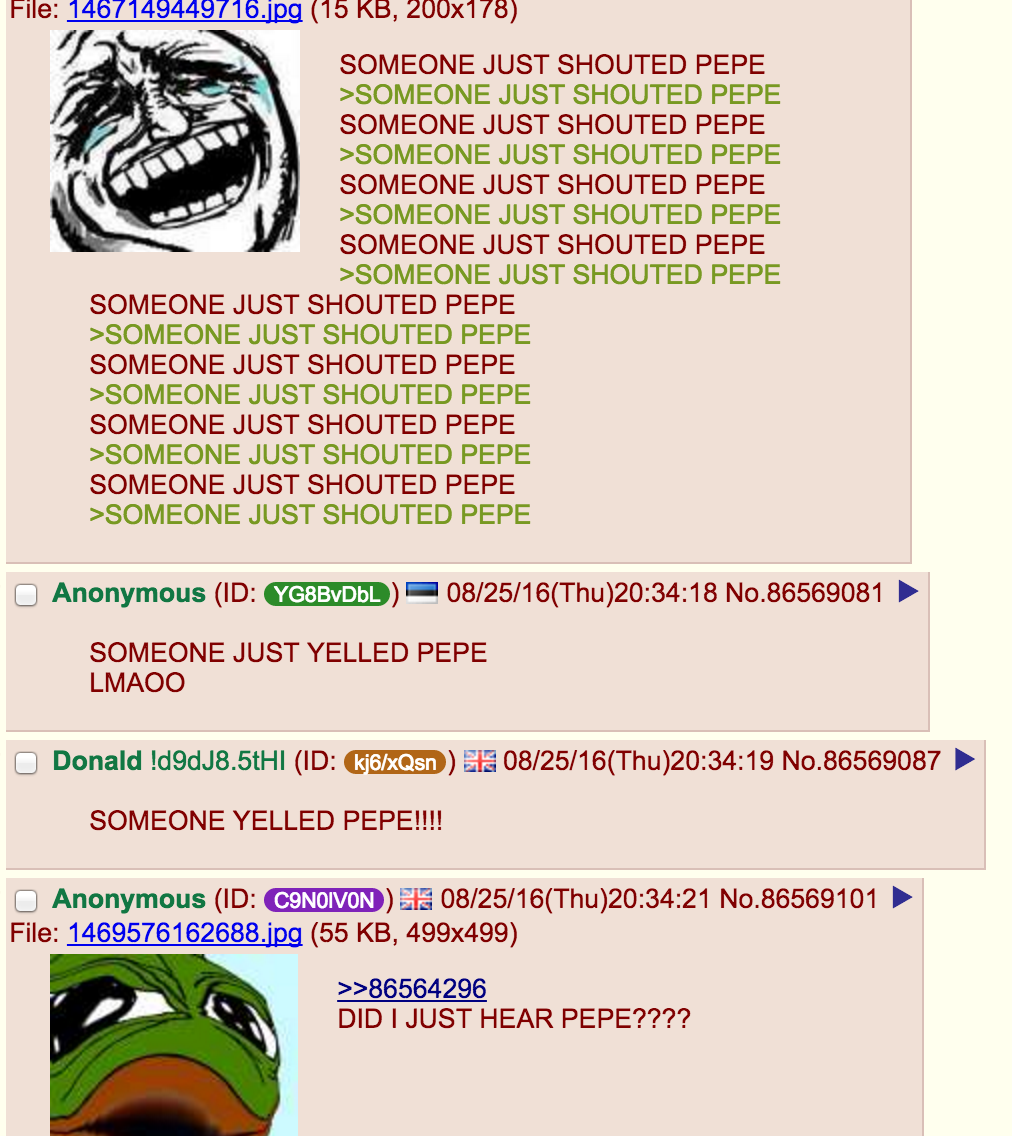 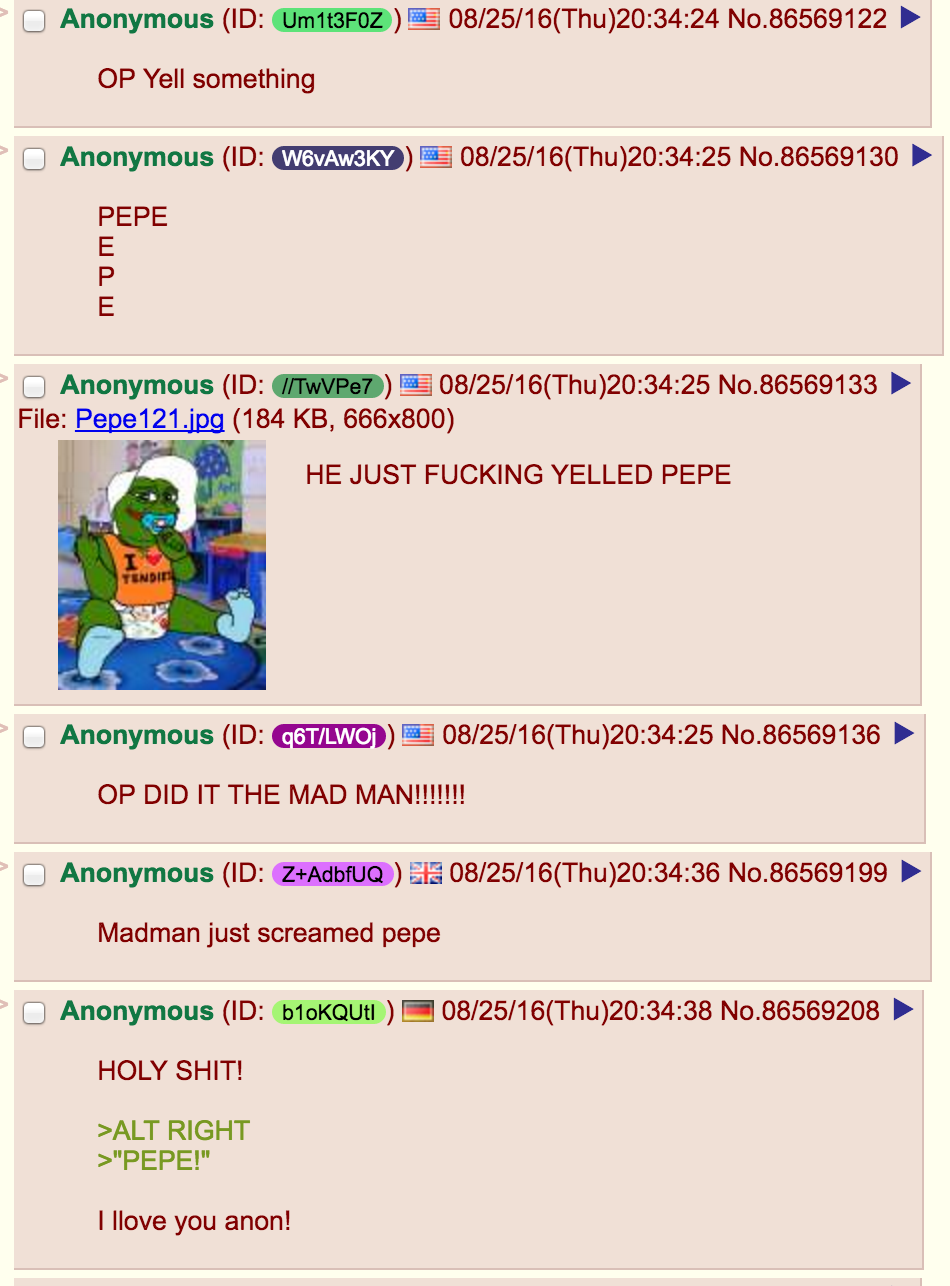 “Alt-Right is short for ‘Alternative Right,'” Clinton continued, explaining the words to her loyal subjects as she geared up to blast some serious conspiracy theories their way.

“The de facto merger between Breitbart and the Trump Campaign represents a landmark achievement for the ‘Alt-Right.’ A fringe element has effectively taken over the Republican Party,” Clinton stated, in a moment of rare truth from the candidate.

As she continued, security was seen moving to grab the brave anon, though it remains unclear if the internet’s hero was ejected from the rally or detained in any way. 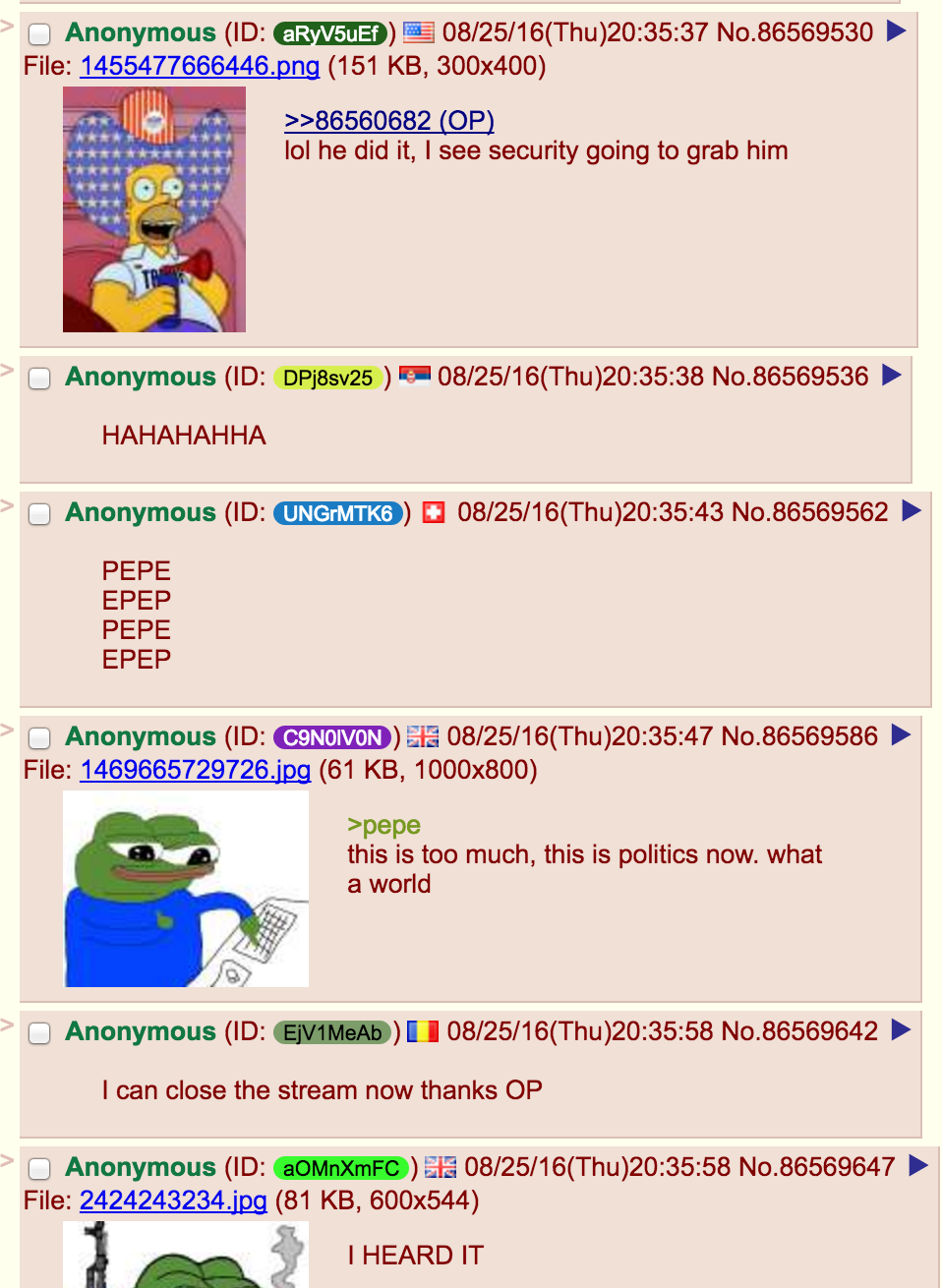 4chan, like Trump himself, may not always be the hero we want — but sometimes they are the hero that we need. 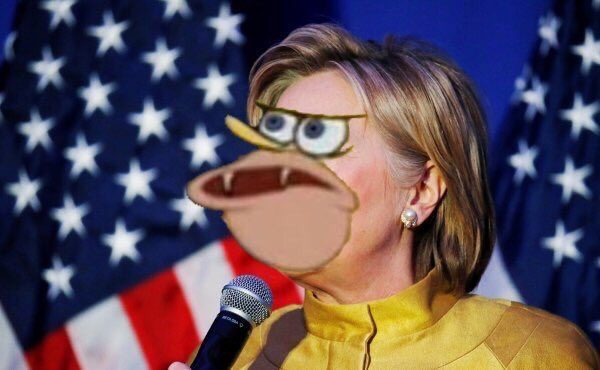