5 Controversial Whistleblowers You Should Be Following on Social Media 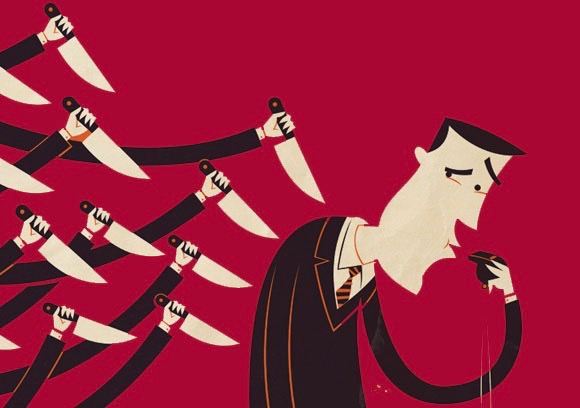 “More critical than who you are,” he continued, “is what you see.” And when you see something wrong but choose to look the other way, you’re part of the problem. At least that’s what the U.S. Department of Homeland Security seems to suggest.

Nowadays, whistleblowers are more important than ever. As more and more news organizations are outed as perpetrators of phony information, using their platforms to spread propaganda that helps boost a particular political party or politician, the whistleblower’s presence in news organizations, government bodies, and major corporations is what guarantees the truth will be exposed — sooner or later.

But to many of those who have already gone down that path, enduring soul-crushing scrutiny as a result, the work wasn’t over when they blew the whistle. Instead, they kept on going. Some even turned out to be investigative journalists, while others, like Snowden, continue to offer their expertise and input from afar. Indeed, Snowden is active on Twitter, and so are many others who have risked everything to speak out.

Here’s a list of the top five whistleblowers you should be following on social media and around the internet.

In her tenure as an ethics adviser for the U.S. Department of Justice (DOJ), Radack reported that the Federal Bureau of Investigation (FBI) had committed an ethics violation while interrogating John Walker Lindh.

Lindh was dubbed the “American Taliban,” and he was captured in 2001 when America invaded Afghanistan.

In the book, TRAITOR: The Whistleblower and the “American Taliban,” Radack explains her ordeal in detail, showing that due to her actions, the DOJ retaliated by giving her a poor performance review. She was also advised to leave and find employment elsewhere, risking a tainted reputation.

In order to reveal what she saw and experienced, she eventually went around the DOJ, releasing emails after a court order for all Justice Department’s internal correspondence concerning Lindh came up short.

Her actions in the name of truth eventually landed her in hot water, with the government “sending letters to bar associations in jurisdictions where she was licensed to practice law, referring her for a possible ethics violation, which kept her from finding work for years.”

Now, Radack heads a Whistleblower and Source Protection Program (WHISPeR) at ExposeFacts.org. In the recent past, Radack has represented the likes of Edward Snowden and other NSA whistleblowers.

A former senior executive of the NSA, Thomas Andrews Drake is also a decorated U.S. Air Force and U.S. Navy veteran whose dedication to ethics and the constitution nearly turned him into a pariah.

In 2010, the former official was indicted after being accused of providing classified material to a newspaper reporter between 2006 and 2007. Drake, who was 52-years-old at the time, “was also accused of obstructing justice by shredding documents, deleting computer records and lying to investigators who were looking into the reporter’s sources,” the New York Times has noted.

At the time, the Times admitted the then-indictment of Drake proved “the [Barack] Obama administration may be no less aggressive than the Bush administration in pursuing whistleblowers and reporters’ sources who disclose government secrets.”

Within the agency, Drake was one of the few officials who preferred to employ projects such as ThinThread, which was intended to protect the privacy of individuals while intelligence was being gathered. Despite his stance, leadership moved forward with another project — the much more expensive and invasive Trailblazer Project.

“Designed to gather similar data but without the encryption feature built into the ThinThread technology to provide privacy aspects,” Trailblazer was seen as a nightmare to those within the agency who were concerned about privacy issues. Drake attempted to use formal channels to voice his concerns, but his internal complaints seemed to go nowhere. After he contacted a staffer for Republicans on the House Intelligence Committee that he had met years prior to the adoption of Trailblazer, the staffer, along with three former NSA officials, filed a DoD Inspector General report that mentioned Trailblazer. Drake was a source for this report.

In 2005, Drake contacted the Baltimore Sun’s Siobhan Gorman, sending her emails regarding a variety of topics. Being careful not to give her sensitive information, Gorman used what she learned from Drake, writing several pieces on waste, abuse, fraud, and of course, the Trailblazer program.

Thanks to the work of people like Radack, all original charges against Drake were eventually dropped. Nevertheless, Drake did plead guilty to one misdemeanor count for exceeding authorized use of a computer.

Vanunu is a former nuclear technician from Israel.

In 1985, after he lost his job amid government cuts, he was able to be readmitted as a technician at Negev Nuclear Research Center. At the time, Vanunu smuggled a camera into the facility and took 57 photographs. On October 27, 1985, he quit, and in 1986, he leaked the information he had obtained to British media, revealing that Israel had a nuclear program — a fact the country has long denied.

Vanunu was eventually imprisoned and remained behind bars for 18 years, “11 of which were spent in solitary confinement.” He is now under house arrest and is not allowed to “own a cell phone, enter internet chat rooms, have contact with foreigners or leave Israel.”

Former Environmental Protection Agency (EPA) senior policy analyst Marsha Coleman-Adebayo blew the whistle on dangerous conditions African workers faced at a U.S. mining company in South Africa, but the EPA failed to respond. She then went to other organizations for help.

She eventually sued the EPA, inspiring the passage of the Notification and Federal Employee Anti-discrimination and Retaliation Act of 2002 (No FEAR Act). Currently, Coleman-Adebayo serves as a member of the National Whistleblower Center’s Board of Directors. The group focuses on protecting the rights of employee whistleblowers.

The former military analyst for RAND Corporation was the man behind the Pentagon Papers leak.

The 7,000-page document disclosed information on the Vietnam War, showing the Lyndon B. Johnson administration “systematically lied, not only to the public but also to Congress.”

Ellsberg faced a series of felony charges, but his case was eventually dismissed in 1973. The judge at the time claimed the government had acted improperly. Ellsberg is a celebrated author and can be followed on Twitter, at @DanielEllsberg.

It goes without saying that Edward Snowden is a must-follow on Twitter, as is John Kirakou, who blew the whistle on the use of torture by the CIA.

Other whistleblowers who deserve honorable mention but are not on Twitter include Chelsea Manning — who released footage of American soldiers shooting at journalists in Iraq and is now forced to endure solitary confinement during her life sentence — and Jeffrey Sterling, who revealed information about the CIA’s cyber warfare.

This article (5 Controversial Whistleblowers You Should Be Following on Social Media) is free and open source. You have permission to republish this article under a Creative Commons license with attribution to Alice Salles andtheAntiMedia.org. Anti-Media Radio airs weeknights at 11 pm Eastern/8 pm Pacific. If you spot a typo, please email the error and name of the article toedits@theantimedia.org.