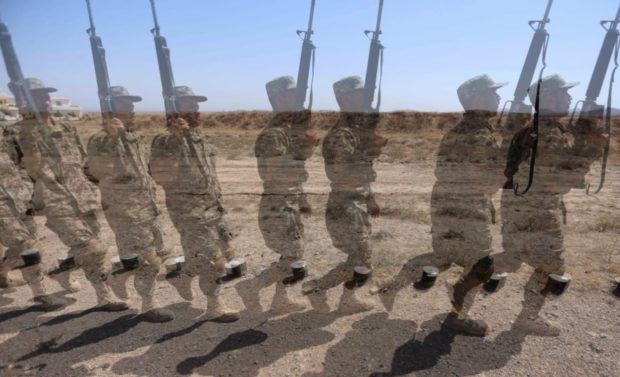 US Paying Salaries for Tens of Thousands of Non-Existent Afghans

Special Inspector General for Afghanistan Reconstruction (SIGAR) John Sopko is once again warning about the long-standing problems of corruption in Afghanistan, and the amount of US “reconstruction aid” disappearing down black holes over the course of the years. As always, the discussion came around to “ghost soldiers.”

Ghost soldiers are a phenomenon in which Afghan military commanders fill their ranks with fictional names and just keep the salaries, which since the salaries are paid pretty much exclusively by NATO and overwhelmingly by the US, has been a known tactic that the Afghan government has done nothing to prevent.

Sopko warned that the “ghost soldier” problem has expanded to include fictional police, teachers, and other government officials, and that all told the US taxpayers are paying the salaries of “tens of thousands” of Afghans who don’t actually exist, and will likely be doing so for years, potentially decades to come. Though exact figures are impossible to know, SIGAR said some $300 million in salaries are paid to “unverified” employees.

Individual Afghan government employee salaries are pretty small, particularly for military recruits, which has been a big reason the nation has struggled to fill the ranks with actual people. That commanders can pocket the difference just adds to the incentive to make up names and “pay” them.

This is a big reason why the Afghan military has struggled so mightily in fights with the Taliban as well, as their statistics on how many troops they have defending any given checkpoint or important city are wildly inaccurate, and they can find that the Taliban forces they thought they handily outnumbered are actually in a position to seize territory.