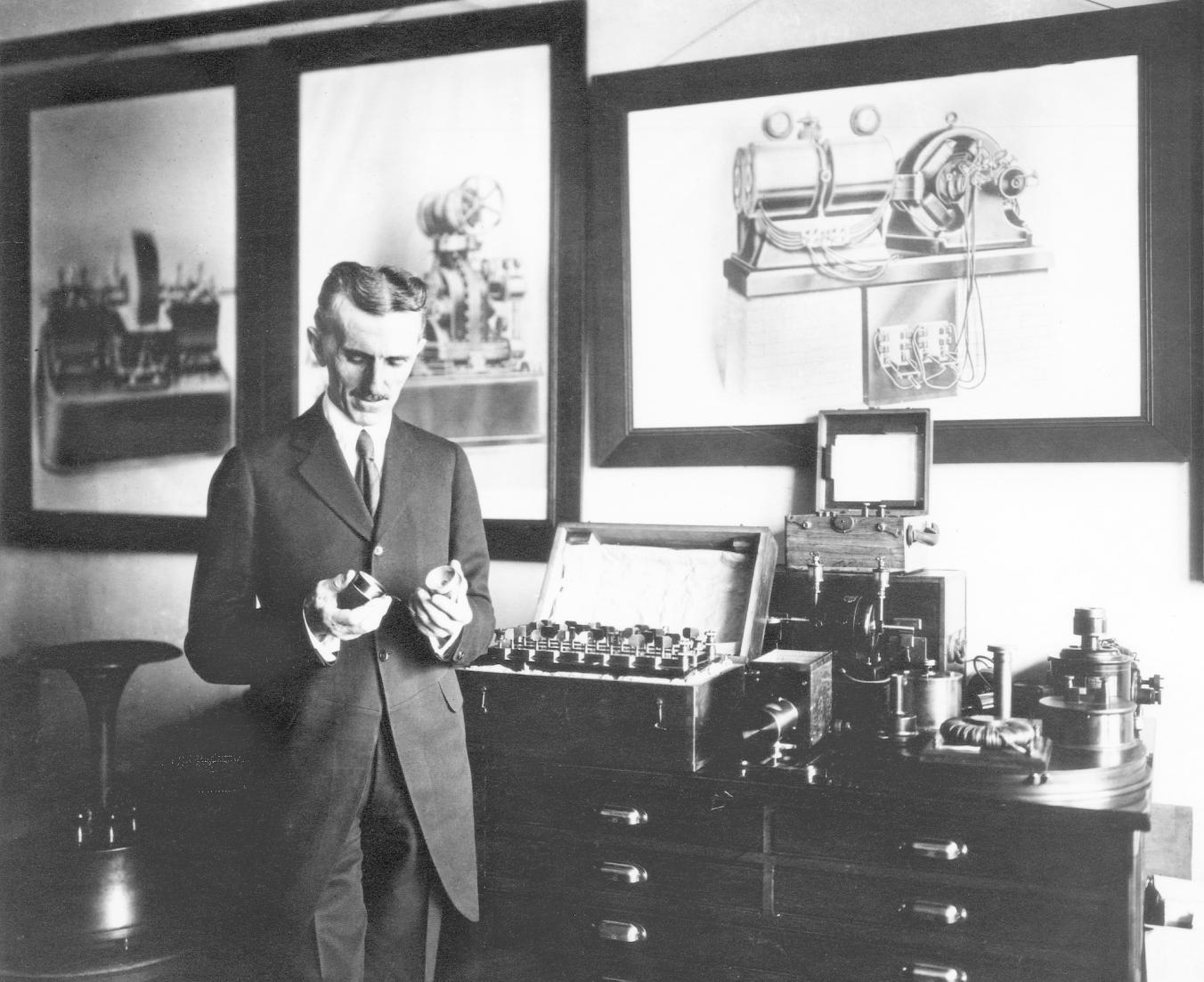 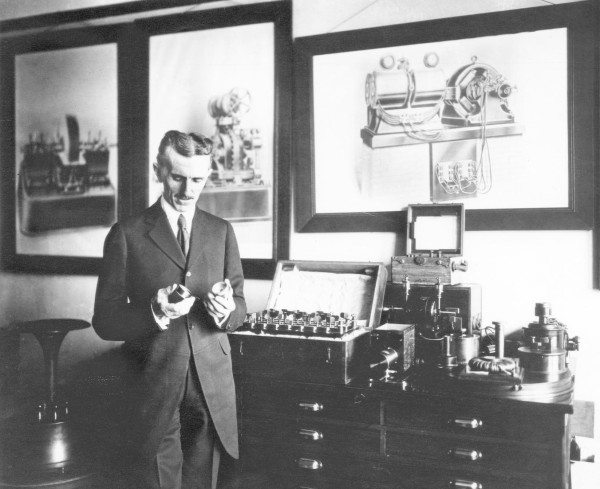 A new statue of Nikola Tesla now graces New York’s Long Island, the latest homage to the celebrated visionary. At the statue’s unveiling last week, Serbian President Tomislav Nikolic told the dedication crowd at Tesla’s former Wardenclyffe laboratory that the scientist and inventor had been a man whose “ideas were larger than his time.”

Long overshadowed in public memory by his one-time employer, Thomas Edison, Tesla (1856-1943) was a brilliant scientist and engineer who earned more than 700 patents. He is most famous for developing alternating current, but his work also led to advances in wireless communications, lasers, x-rays, radar, lighting, robotics, and much more.

“A lot of people nowadays are more interested in Tesla,” said Jane Alcorn, a retired teacher who is president of the Tesla Science Center at Wardenclyffe, home to the new statue. “He speaks to those who work hard but don’t get recognition, and people are starting to recognize how important his contributions were.”

Tesla was born to Serbian parents in what is now Croatia, but he emigrated to the U.S. as a young man, where he eventually became a naturalized citizen. Besides Edison, who later became his bitter rival, Tesla often worked with inventor George Westinghouse. In 1893, the pair demonstrated their advances in lighting and motors in the “White City” at the Chicago World’s Fair. In 1895, Tesla and Westinghouse developed the world’s first hydroelectric power plant, at Niagara Falls.

At the turn of the century, Tesla set up a laboratory called Wardenclyffe in the small community of Shoreham, Long Island, where he conducted some of his most ambitious experiments. The building was financed by J. P. Morgan and designed by acclaimed architect Stanford White.

The most prominent feature was Wardenclyffe Tower, also called Tesla Tower, a 187-foot-tall (57-meter-tall) metal lattice tower topped with a big, bulbous antenna that was intended to beam communications and even energy across the Atlantic.

The tower is long gone, but the three-quarter-length statue of Tesla unveiled last week is a fitting memorial, said Alcorn. “This is the last remaining Tesla laboratory anywhere in the world,” she said.

It took years for Alcorn’s nonprofit to buy the property, with some help from an Internet cartoonist (see below).

Tesla ran out of money while building the tower and was foreclosed on twice. As with his previous Colorado Springs lab, assets were sold to pay down his debts. In 1917, the U.S. government blew up the tower, fearing that German spies were using it in World War I. The metal was sold for scrap, according to Alcorn. For decades, the building was used for photo processing.

Today, the octagonal concrete and granite base of the tower remains. There may be remnants of the giant tesla coil that was placed below ground, Alcorn said, although she hasn’t yet raised the money to look for the remnants with ground-penetrating radar.

Alcorn hopes to open the lab building as a museum to Tesla and as an educational science center for the area.

Here are a few surprising facts about Nikola Tesla:

1. The Tesla museum was helped by a cartoon.

In May, Wardenclyffe was purchased by the Tesla Science Center, using $1.37 million raised on the crowd-funding website Indiegogo (New York State then provided a matching grant). The campaign was launched by Matthew Inman, creator of the popular web comic The Oatmeal.

At the statue unveiling last week, Inman told the crowd that the money was raised by “geeks” who felt kinship with Tesla, a “geek at heart.”

Perhaps building on that success, a separate Kickstarter campaign raised $127,000 from 722 backers to create a seven-foot tall statue of Tesla for Palo Alto, California, to be unveiled December 7, 2013. Hosting a free Wi-Fi hotspot and a time capsule, the statue is intended to “represent the power of the creative spirit and will inspire people from around the world to focus on humanity’s greatest challenges.”

2. Tesla was an environmentalist.

So Tesla researched ways to harvest the natural energy in the ground and in the sky. He created artificial lightning in his lab, and probed electrical potential differences in the Earth and across tall objects.

J. P. Morgan reportedly took exception to that line of research, arguing that he wasn’t interested in funding a power source that he couldn’t meter.

“Tesla did what he did for the betterment of humanity, to help people have a better quality of life,” said Alcorn. “He never seemed to be interested in monetary gain, although a possible downside of that was he never seemed to have enough money to do what he needed to do.”

Tesla had famous friends, including Mark Twain and French actress Sarah Bernhardt, but he struggled financially. Edison and Westinghouse were much more successful businessmen, which partly explains the strength of their legacies.

Tesla claimed to have required only two hours of sleep a night, although he occasionally napped. He loathed jewelry and round objects and wouldn’t touch hair. He was obsessed with the number three and polished every dining implement he used to perfection, using 18 napkins.

5. Many of Tesla’s inventions were classified.

When Tesla died in 1943, during World War II, the Office of Alien Property took his belongings, Alcorn said. Most of his things were later released to his family, and many ended up in the Tesla Museum in Belgrade, which opened in the 1950s. But some of Tesla’s papers are still classified by the U.S. government.

“I know people have requested things through the Freedom of Information Act, and they are released heavily redacted,” said Alcorn.

As a result of the years of secrecy, many people have speculated about what fantastic inventions might have been suppressed, perhaps to keep them out of enemy hands or, more darkly, to perpetuate the status quo. Perhaps supporting the former theory, Tesla had spoken publically about working on a “death beam.” Those who fear the latter theory often point to his work on harvesting the energy in the forces of nature as something that would upset powerful oil companies.

For her part, Alcorn said she is inspired by both the genius and the perseverance of Tesla. “He taught us that when you believe in yourself, work on your goals, and follow through, a lot is possible,” she said.