50th Anniversary of the JFK Assassination in Dallas TX 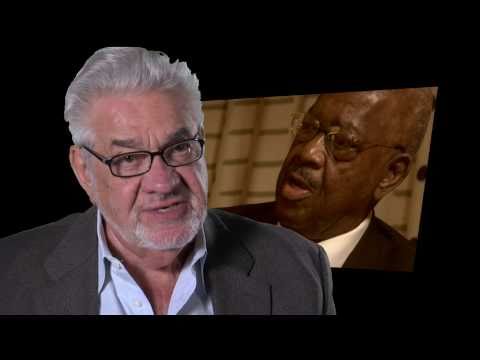 In the 1960s, President John F. Kennedy embodied the same hope and change that many Americans had recently projected on to Barack Obama.

Besides breaking barriers by being the youngest, first non-Protestant elected President in American history, John F. Kennedy was immensely popular for his support of the civil rights movement and his attempt to improve the lives of Americans.

Friday, November 22, 2013, is the fiftieth anniversary of the day President Kennedy was shot and killed during a motorcade procession through Dallas, Texas.

The Americans who were alive when Kennedy was shot can recall exactly where they were when they heard the news. Three days after Kennedy’s assassination, acting Attorney General Nick Katzenbach sent a memo to Lyndon Johnson’s aide that entails how the government would go on to investigate Kennedy’s murder.

“The public must be satisfied that Oswald was the assassin, that he did not have confederates who are still at large; and that the evidence was such that he would have been convicted at trial,” wrote Katzenbach. The memo also suggested ways for the FBI to cloud the investigation and for President Johnson to set up a hand-picked commission to decide the official story.

The Warren Commission, hand-picked by President Johnson, published it’s finding almost a year after Kennedy’s death and determined that Kennedy was shot by a man named Lee Harvey Oswald, that Oswald had no confederates still at large, and that Jack Ruby – a known Mafia acquaintance – had no confederates still at large after he managed to shoot and kill Oswald in the basement of Dallas Police headquarters two days after Kennedy’s death.

The Warren Report’s “lone gunman” theory, as it has been called, has been ridiculed for a variety of reasons. According to the Warren report, Oswald fired three shots from behind Kennedy once Kennedy’s car passed the building Oswald was in. However, the infamous video footage taken by Abraham Zapruder documented that Kennedy’s head moved back when shot, not forward. The blood spatter evidence on the officers riding to Kennedy’s left also indicates Kennedy was shot from the front.

The Warren report also originally claimed that Oswald’s three shots caused three unrelated entry wounds – hitting Kennedy twice, and then Texas Governor John Connally once – until the Commission could no longer ignore the testimony of bystander James Tague, who was injured by a shot that missed. To rectify this inconsistency, Warren commission attorney Arlen Specter created the “single bullet” or “magic bullet” theory that one of the shots hit both Kennedy and Connally. To make this theory plausible, commission member Gerald Ford altered the Commission’s initial report to change the location of Kennedy’s bullet entry wounds.

The many ways in which the Warren Commission, the FBI and the CIA destroyed, tampered and ignored evidence are well documented in Jesse Ventura’s recent book. Noted JFK researcher Jim Marrs additionally discovered that eighteen material witnesses to the assassination were killed in the subsequent three year period, “six by gunfire, three in motor accidents, two by suicide, one from a cut throat, one from a karate chop to the neck, three from heart attacks and two from natural causes.”

One member of the Warren Commission, former CIA Director Allen Dulles, was a prime suspect in Kennedy’s murder. After the Bay of Pigs fiasco, Kennedy fired Dulles and swore “to splinter the CIA in a thousand pieces and scatter it to the winds.” Former CIA agent E. Howard Hunt confessed on his deathbed that Lyndon Johnson enlisted the CIA to kill Kennedy, after previously denying knowledge of Kennedy’s assassination in court.

Secret Service Presidential Protective Division Agent Abraham Bolden learned of a plot to assassinate Kennedy in Chicago weeks before the Dallas shooting. When federal agents failed to apprehend most of the suspects, Kennedy’s trip to Chicago was cancelled. Bolden has stated that many of his fellow agents hated President Kennedy and often drank on the job. After Kennedy was first shot in Dallas, Secret Service Agent Bill Greer failed in his duty to protect the President by hesitating to hit the accelerator until the final shot took Kennedy’s life.

On Friday, 5,000 people will gather for an “official event” in Dealey Plaza as a memorial for JFK. Police have prepared barricades up to four blocks in every direction to keep people away from the “official event” that were not invited.

Fifty years later, JFK’s assassination is still a rallying call for millions of Americans wary of the “official story.” Recent polls have found that the majority of Americans continue to believe that there was both a conspiracy to kill Kennedy and a subsequent cover-up.

In his farewell address, Kennedy’s predecessor President Dwight D. Eisenhower warned the country about the dangers of the “military-industrial complex,” and permanent armaments industries, where “we spend more on military security than the net income of all United States corporations.” Many have argued that because Kennedy was moving towards peace with Vietnam, Cuba, and the Soviet bloc, officials within the military industrial complex knew that Kennedy had to be replaced.

While Kennedy was set to begin withdrawing Americans stationed in Vietnam a month before his death, President Johnson authorized full-scale war on Vietnam less than one year after taking office. Others have argued that Kennedy was killed because he authorized the Treasury secretary to print it’s own money in disregard of the Federal Reserve system.

Perhaps the full story lies within the hundreds of classified documents on the assassination investigation that the government has yet to release.

Was President Kennedy killed by a wide-ranging conspiracy? What is your take on what happened?