The 6,000-Page Report on CIA Torture Has Now Been Suppressed for 1 Year 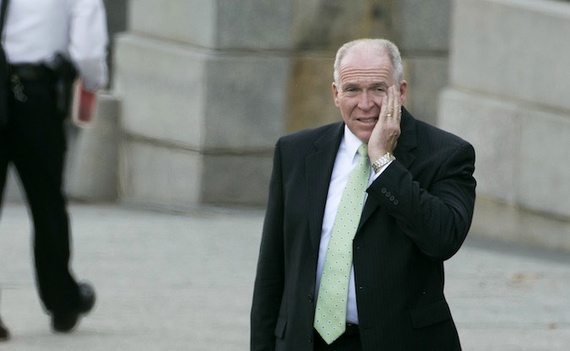 One year ago today, the Senate Intelligence Committee voted to adopt a 6,000-page report on the CIA rendition, detention, and interrogation program that led to torture. Its contents include details on each prisoner in CIA custody, the conditions of their confinement, whether they were tortured, the intelligence they provided, and the degree to which the CIA lied about its behavior to overseers. Senator Dianne Feinstein declared it one of the most significant oversight efforts in American history, noting that it contains “startling details” and raises “critical questions.” But all these months later, the report is still being suppressed.

The Obama Administration has no valid reason to suppress the report. Its contents do not threaten national security, asevidenced by the fact that numerous figures who normally defer to the national-security state want it released with minor redactions. The most prominent of all is Vice President Joe Biden.

Another is Senator John McCain.

“What I have learned confirms for me what I have always believed and insisted to be true—that the cruel, inhuman, and degrading treatment of prisoners is not only wrong in principle and a stain on our country’s conscience, but also an ineffective and unreliable means of gathering intelligence,” he said in a statement. “… It is therefore my hope that this Committee will take whatever steps necessary to finalize and declassify this report, so that all Americans can see the record for themselves, which I believe will finally close this painful chapter for our country.”

They are hardly alone.

In order to mark the one-year anniversary of the report being adopted (only to be suppressed), the Center for Victims of Torture has assembled a list of 58 figures of note who insist that the public ought to be able to read the important document. It includes a total of eight U.S. senators and numerous former Obama Administration officials, including Harold Koh and Ambassador Thomas R. Pickering.

Former CIA employees who want the report released include John Rizzo, former CIA general counsel; Vincent Cannistraro, former chief of operations and analysis at the CIA’s Counterterrorism Center; and Glenn Carle, 23-year veteran of CIA (among others). If it’s former military flag officers that will sway you, here are fewer than half of the ones who want the report on CIA imprisonment released:

Despite all these figures calling for the report’s release, the Obama Administration, which promised voters that it would be the most transparent in history, has bowed to pressure from a faction within the CIA to keep secret the most thorough accounting we have of the agency’s lawless, immoral behavior during the Bush years. In doing so, Team Obama makes it less likely that we learn the lessons of CIA torture, and more likely that America tortures again one day.