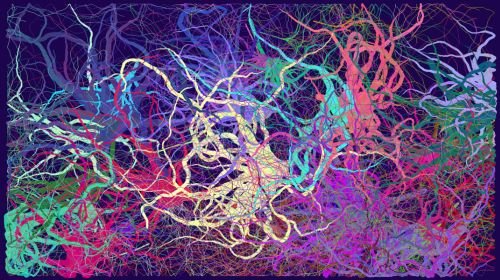 Privacy is a form of power. Humans are always highly aware who is observing them at any given time and place, and always tailor their behavior to that audience. And they generally work to make sure that their behavior does not reveal things that might put them at a disadvantage. To really gain new insight or leverage over another person, you have to watch them when they don’t know they’re being watched so that their guard is down.

So how does a watcher “catch” a subject unawares? It seems to me the possibilities break down into two broad categories:

Rarity is what law enforcement telephone eavesdropping through warrants has always been based on, as well as most of the petty, everyday eavesdropping and invasions of privacy that individuals sometimes perpetrate against each other.

The second approach requires two things: first, a technological advance that transcends the subject’s existing understanding of the possibilities for how they could be spied upon. Second, keeping that advance secret. The thing is, surveillance techniques are very difficult to keep secret. Revelation of the NSA’s behavior was almost inevitable because (as I discussed here), its activities extend so far beyond international and American norms and consensus over what degree of surveillance is acceptable in a modern democratic society. Even before Snowden the agency was under pressure from members of Congress who were restrained only by overbroad secrecy rules from blowing the whistle on it, and several whistleblowers from within the NSA had warned in broad terms about the agency’s activities.

This Department of Defense report on secrecy found that technological secrets can only be expected to be kept secret for a few years, with one year being the most “reasonable” assumption—and that report was written in 1970, before the internet and the digital revolution made secrets even harder to keep. More recently, a new report on U.S. intelligence research and development observes,

The global spread of scientific and technical knowledge challenges U.S. national security. It threatens to erode essential capabilities of the U.S. Intelligence Community…. U.S. technological superiority is diminishing in important areas, and our adversaries‘ investments in S&T [science & technology] along with their theft of our intellectual property… are giving them new, asymmetric advantages.

Thus Rep. Bob Goodlatte (R, VA) incredulously asked intelligence officials at a recent committee hearing, “Did you think a program of this magnitude … could be indefinitely kept secret from the American people?”

In the future, it will be even harder to catch anyone by surprise. The NSA revelations have been a watershed moment, dramatically and permanently expanding everyone’s understanding of the possibilities for mass surveillance. Never again will the world return to what now looks like the naiveté of the pre-Snowden era—and people will always extrapolate that quantum leap in spying forward, extending their paranoia—or perhaps I should say vigilance—to all future technologies that are not absolutely ironclad in their security.

In short, because it is so difficult to keep spying advances secret, the “secret technological advantage” approach to spying is inevitably unstable and temporary.

Mass Surveillance
Everything I’ve said so far applies to every kind of surveillance. But it’s interesting to think about how this framework applies to mass surveillance. The Rarity approach is internally contradictory as applied to mass spying: spying that is done en masse cannot be rare and therefore unexpected.

The Secret Technology approach is what the NSA has relied upon—and because mass spying violates our civilization’s norms, it is even less likely than other spying techniques to remain secret. With its mass spying efforts in recent years, the NSA has burned through a very finite and perishable resource: ignorance. It has been exploiting a temporary gap between what it can do, and what people are aware it can do, in order to gain leverage over some of those people. Post-Snowden, that gap has come to its inevitable end. The agency can try to “mine” more of this resource (ignorance) by developing new spying technologies of which the world is unaware—but that will be exceedingly difficult because of the new cynicism that has been created.

No doubt the NSA will try to overcome the limits with both of the approaches. There’s no question it will continue to reach for temporary technological advantages through secret new spying techniques. And I expect the agency will try to rely upon a sense that, even though the collection of data is not rare, actual examination of communications in a way that can have effects on a person’s life, is. In short, for the agency to rely on the Rarity approach.

There are two problems with that. First, it can never work unless people actually have a firm confidence that the actual examination of communications is, in fact, rare. But so far it appears that the agencies want to be free to examine data on everyone to see if they are a terrorist. (That examination may initially, at least, be performed by a computer, but that is irrelevant.) As Acting FBI General Counsel Patrick Kelley put it in testimony criticizing the proposed USA Freedom Act NSA reform:

From our perspective the proposal is flawed in the sense that it has the assumption or presumption that we know the person we’re after, and that’s the essence of terrorism prevention: we don’t know who we’re after. So if we are limited to seeking numbers from a known, then we’re not going to be very effective. Again, it bears repeating that we’re connecting the dots here, so the fewer dots that we have, the fewer connections we will make.

Second, if everybody knows the NSA is watching, that will just lead to workarounds, in which those who feel they absolutely need privacy will adopt other means of communicating that are by definition less efficient (because otherwise they would not be workarounds but the main means of communicating), even if that means a face-to-face meeting in the middle of a field. In addition to imposing inefficiencies on our communications infrastructure, such an approach will guarantee that foreign government employees and other intelligence targets including actual terrorists—i.e. the people the NSA most wants to target—will flock to such workarounds (even while ordinary people’s communications continue to pour into the NSA where they are evaluated by computers for signs of suspicion). And of course, those will become the channels that the security agencies most want to spy upon. And so the arms race will continue—with the agency extending its spying into new vectors of our lives (one day perhaps even open fields) at each turn in that race.