10,000 Plus People Are Getting Arrested at The Canadian Border 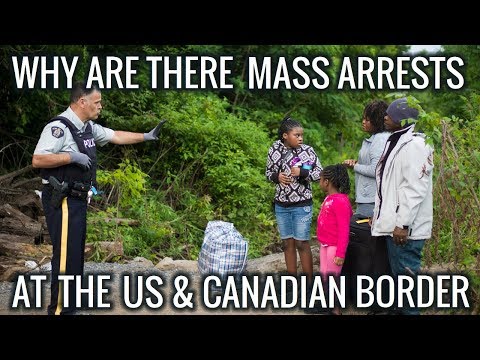 I decided to take a day trip up to Montreal to see first hand what an illegal border crossing between Canada and the United States is like. Over 10,000 people have illegally turned themselves in seeking asylum in Canada, and they end up finding themselves in very extraordinary situations. To get a grasp of what is happening here, I interviewed “Beacom of Light,” Taylor who has joined me on this little road trip. We stuck to the facts as it is bizarre what’s happening here and there are many circumstances to explain. 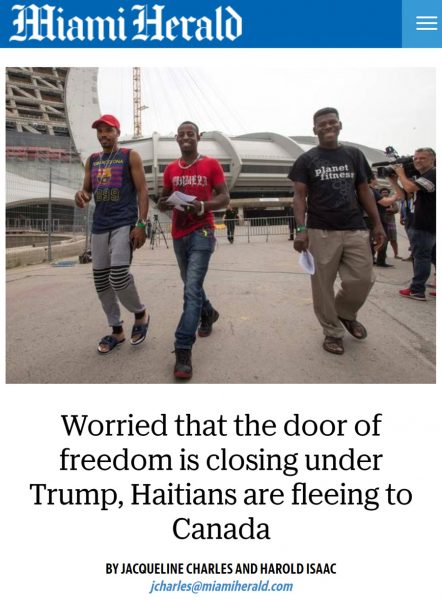 Thousands of displaced people seeking refuge in Canada, especially after Canadian prime minister Justin Trudeau sent out multiple messages saying that he welcomes anyone and everyone who needs help, and now we have a predicament that has unfolded here. 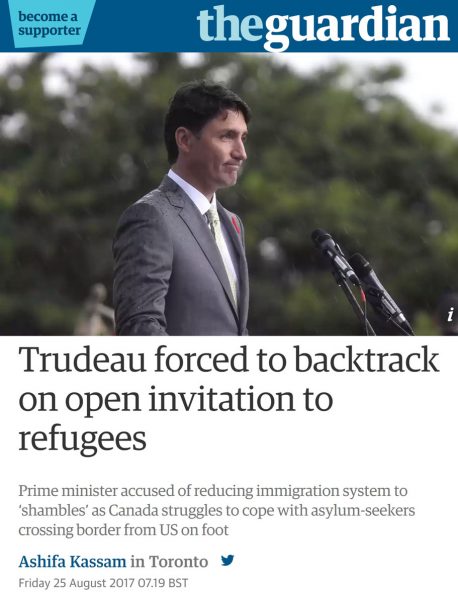 After interviewing the police here on site as well as several refugees, I asked Taylor what he gathered from everything that he has witnessed here. He discussed many of the important factors that people need to know to understand the situation as it unfolds.

The police officer whose job is to discuss public relations with media was saying that 2,000 people came here last month illegally. It’s a tough situation you know. You have Trudeau almost as an incentive, tweeting out that people are welcome here and a lot of other Haitians and others in America are sending out tweets and WhatsApp messages, saying that people should come here and seek refuge,” stated Taylor.

Justin Trudeau sent the only Haitian Parliament member of Canada down to Miami to counter a lot of fake news surrounding this story. There has been a lot of misinformation being propagated throughout the media, whether it’s through WhatsApp or on Facebook. Someone has even done Facebook ads and radio advertisements. The asylum seekers are being led to believe that “Canada is now open,” that “Canada is now allowing refugee and asylum seekers entry into their country,” and what we learned after talking to the police and after investigating this case is that’s not true.

“We have good collaboration, so when somebody is coming toward our border, they call us. They talk to us about what’s going on so we can intercept them but again, which is very particular at Roxham Road. They all come to one point so we know we can catch them there, but we still do surveillance of the border. There was a trend after Christmas in the spring when there were more people coming from the USA to this crossing. There were some big numbers in July with 2996 arrests at Roxham Road within that month. We have some numbers for the first two weeks of August which show 2700 intercepted, and that’s quite a big number. We don’t speak late of what’s going on. Anything can change in the world, could be bad weather, can be a catastrophe, can be politics, we don’t know. We observe every day what’s going on, but we don’t speculate about what is coming.”

Many of these people are hearing the fake news, conflicting reports, and the false optimism from the Prime Minister. The reality of this situation is that these people are getting arrested and having their cell phones confiscated and searched. They’re immediately apprehended and processed here at this border-crossing, which they’re choosing to do because of a supposed loophole in the law. If they illegally cross they have a better chance of getting asylum. Most of this is according to the fake news, and we’re learning that two-thirds of Haitian asylum seekers get refused refugee status and get sent back to Haiti. 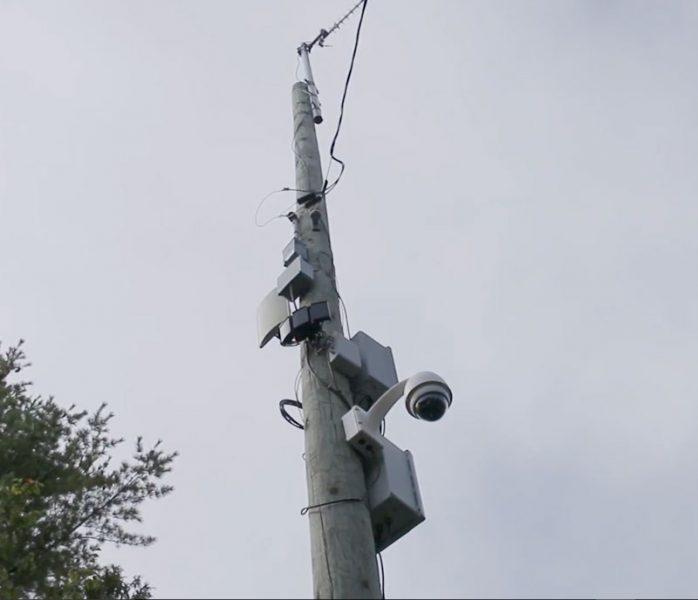 Taylor explained some of the other attributing factors that he believes people should know about this situation. We had an interesting conversation with just two asylum seekers that the Canadian government is having a hard time dealing with. The Canadian government here has set up this 24-hour Center where they are processing and arresting people then busing them into stadiums. Taylor and I were at the stadium and talked to two people who lived in New York, since they were about five years old, and now they’re here in this kind of unprecedented legal limbo.

Taylor explained that conversation you had with those individuals, “Yes, so they were the children of Haitian migrants refugees that had come here, but they didn’t come here after the events in Haiti with the earthquake. They came here quite a bit before that, or at least to the U.S., and I’d spoken to them, and I’d gotten their story, and I sympathize fully.”

Taylor continued, “I had asked them mostly what their status was in the United States. They were there under temporary status, and I guess they weren’t citizens. They didn’t even have residency. I wondered since they were there for 17 years why they did not try to get residency and citizenship. They told me their parents didn’t and they didn’t try. One of them was an adult and decided to come here after hearing that Donald Trump was going to revoke the ruling that allowed Haitian migrants to stay even though they had arrived here long before that.” 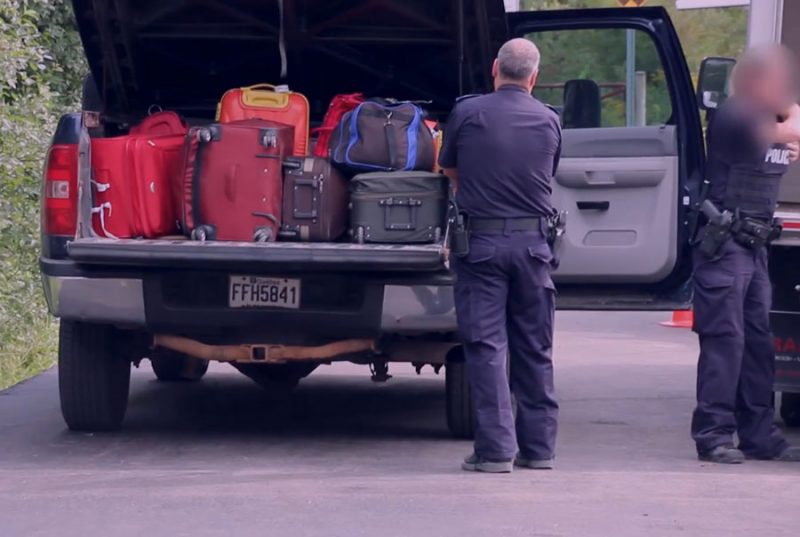 It is interesting that this split second decision that many people are making. It can be attributed to the fake news and optimism given by Justin Trudeau. One individual that we talked just left his job and didn’t give notice and didn’t collect his last paycheck. Some people stopped going to school and are now living in a stadium where they’re being issued arm bands with an identification number, eating the same food every day, living on cots. Mostly they are living in the concession area of this old Olympic Stadium under conditions that of course, they’re not very happy with.

While living in these circumstances, they are going to have to go through this legal limbo, having hearings which some people say may take up to a year and a half. The people we talked to at this crossing are going to have their hearings in a couple of weeks, but there is also a lot of pressure on the state here.

There are also many reports of harassment, even at the checkpoint Taylor and I visited. Many local Canadian citizens are saying that they’re overwhelmed, that they can’t facilitate this in-pouring of refugee seekers. There are concerns that Canada cannot afford to house and feed so many displaced people. I asked Taylor what he is seeing on the kind of opposite spectrum of this human plight. 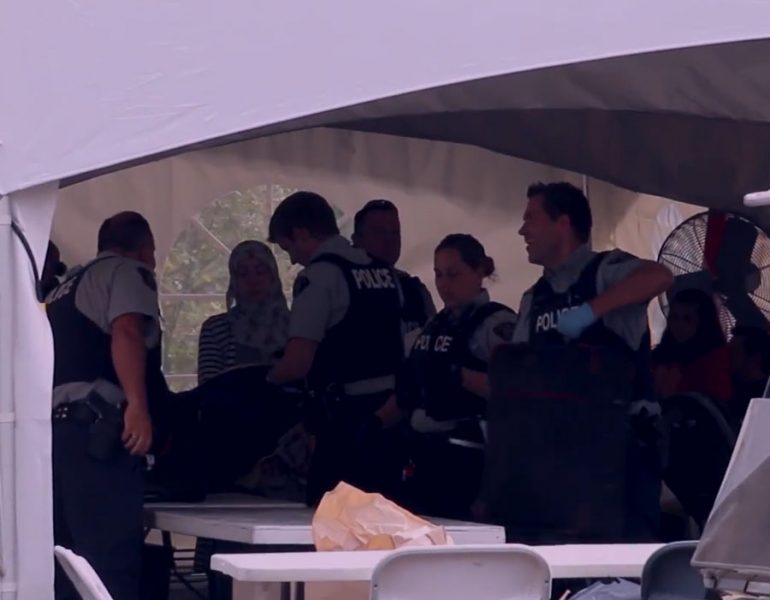 “Some some people have spoken with here are very welcoming some are not. I’ve heard mixed feelings. I think this is more of a formality, a lot of these people have been incentivized to come here. They know they’re going to get arrested, we know that they know that they’re going to get arrested. The police know that as well, but they’re they’re not necessarily arrested.” Taylor informed me, “They’re not being handcuffed, they’re detained and processed quickly, they seem to be looking through their bags just making sure obviously, just to make sure they’re not bringing weapons or other things.”

“We did hear reports that I don’t know how many but some of them had brought child pornography or something over the border and that’s obviously terrifying and concerning. I don’t know if that has been blown out of proportion or not, but it seems like a mixed bag. Ultimately it seems like Trudeau is now kind of going back on the incentive he gave people to come here in the first place.”

We are also learning that a lot of people here are volunteering and helping people here get processed. Shuttle services are escorting these people to the stadium that they’re all staying in. Even the local municipality here paved a road that used to be between the United States and Canada. This “road” was once a ditch that has been paved so people could safely walk through. 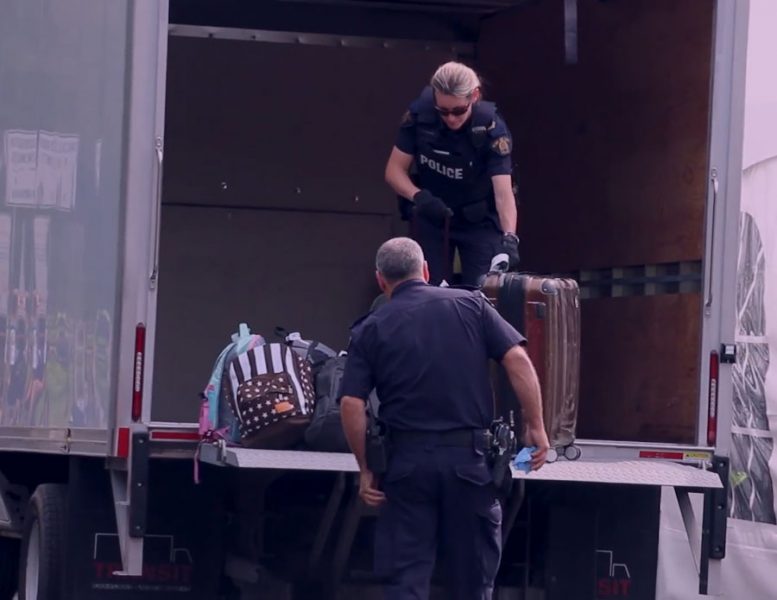 With this influx of over 10,000 refugee seekers, the outcome of this dilemma is still unclear. The Canadian government has sent a clear signal that this has to end. The current remedy is only a temporary one, and it is not going to work in the long term. Justin Trudeau does need to decide something with this mass exodus of people trying to escape the tougher immigration policies that the United States has established.

Taylor gave us his final thoughts on this matter stating, “I would just say that it seems like a lot of the reports initially that everyone was Haitian is is as false. Many of the people I’ve spoken with say that it’s a mixed bag of people coming here, although still predominantly Haitian. It is appropriate for them to come to Quebec as they’re French-speaking.” 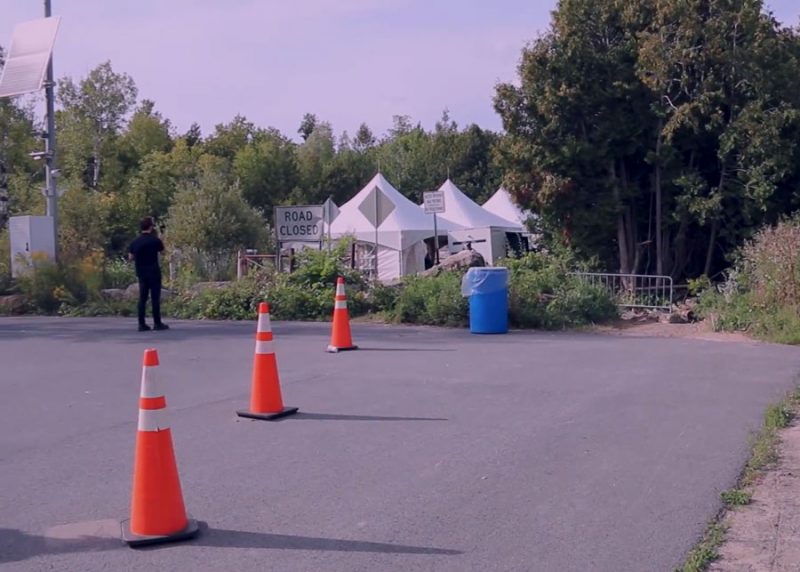 “We see people from all walks of life, a couple we spoke with alluded to a lot of the migrants coming from North Africa and even the Middle East. I would say that there’s a lot more to it than the media it seems to make out.”

I appreciate Taylor’s efforts in helping me with the coverage of this crisis. I also want to thank everyone for supporting the real independent media and allowing me to be here on the ground. If it weren’t for your donations, participation, sharing liking and commenting, I would not be here. I love you guys, thank you so much.