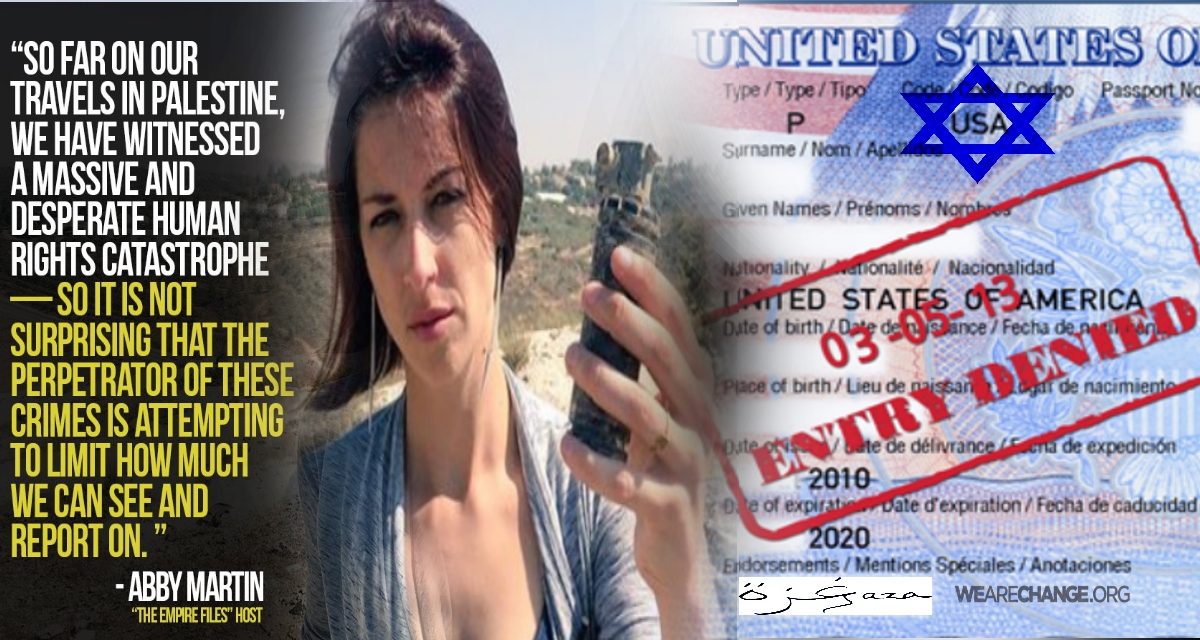 Israeli officials told the teleSUR host her application for a press pass to enter the Gaza Strip was being probed due to teleSUR’s alleged ties to Iran.
According to Abby’s parent company TeleSur English released on their website.

Abby Martin, the host of teleSUR’s “The Empire Files” was not given a press pass to enter the Gaza Strip by Israeli authorities due to what officials claimed was “some sort of collaboration between the Iranian state-run channel HispanTV and teleSUR.”

“All the U.S. journalists we have talked to here said they received their press credentials within hours—so the claim by the Israeli press office that they cannot honor our request in a timely manner is an obvious diversion,” the teleSUR host said.

TeleSUR English issued a letter to Israeli authorities highlighting the fact that our channel is not associated with any other government in a manner that goes beyond the types of relations typical of other press outlets. 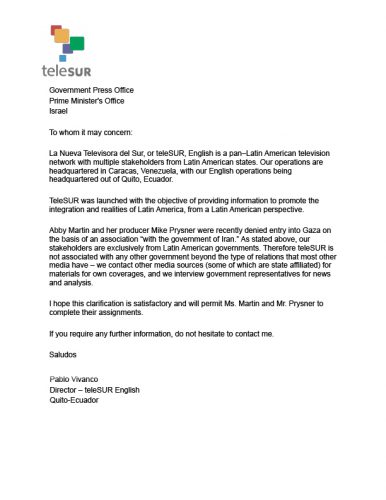 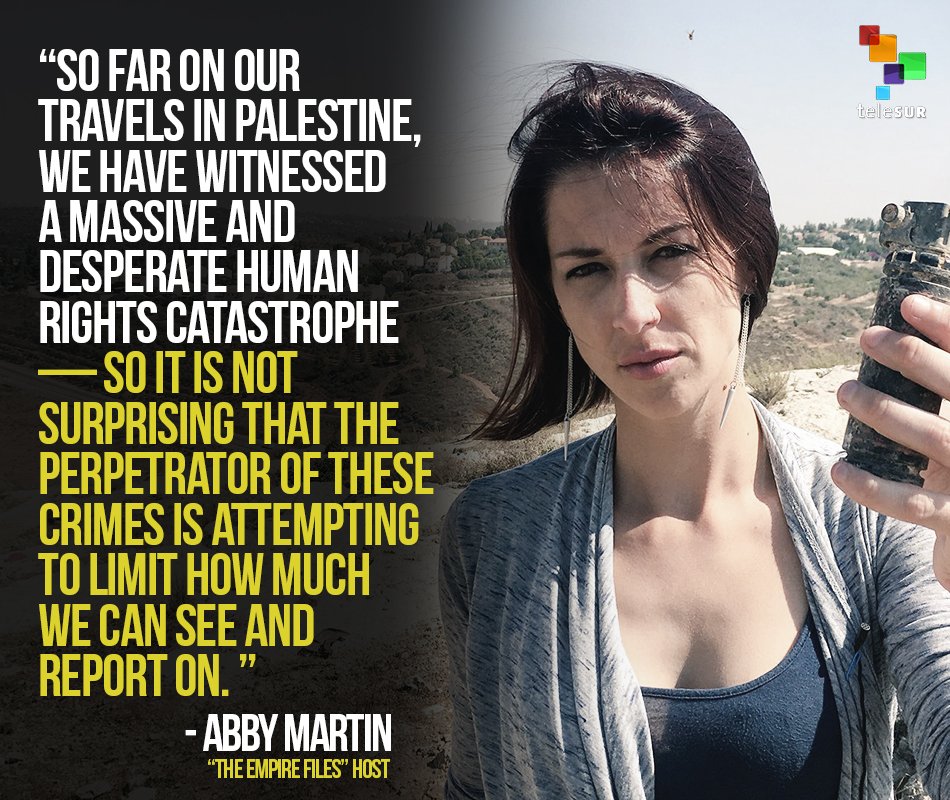 Abby Martin and her team have been in Israel, as well as the occupied West Bank, since late August and have been attempting to enter Gaza in order to continue work for an upcoming episode of her teleSUR program.

“I believe this is part of a larger effort by the Israeli state to hide the grim reality of their illegal occupation and expansion. We hope that the Israeli government will reconsider and allow teleSUR journalists to report on the urgent situation in the Gaza Strip,” she added.

Gaza has has witnessed three separate wars with Israeli occupation forces that claimed the lives of tens of thousands of Palestinian civilians.

While some media outlets have been able to access the strip, Israel has been known to place many restrictions on representatives from critical media organizations wishing to enter Gaza to report on the hardships currently being faced by the 1.5 million Gazans as a result of beening under an Israeli blockade since 2008. 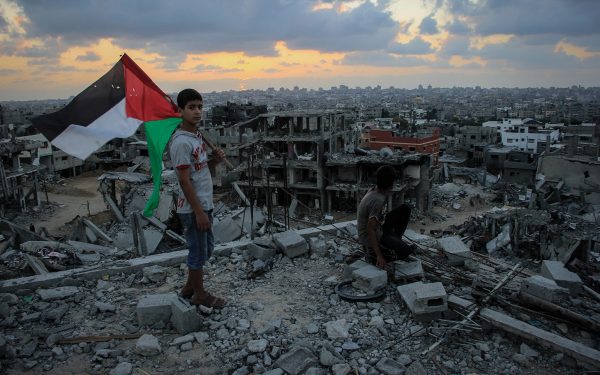