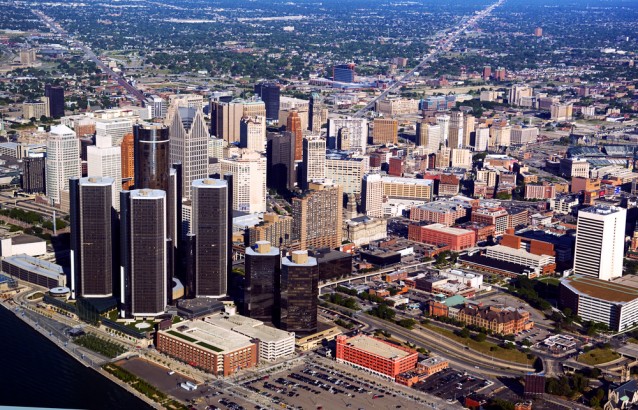 As the Detroit Water and Sewerage Department moves to shut off water to thousands of residents who are delinquent on their bills, a coalition of activists is appealing to the United Nations High Commission for Human Rights to intervene on behalf of the bankrupt city’s most vulnerable citizens.

Their report, filed Wednesday with the UN’s Special Rapporteur on the Human Right to Safe Drinking Water and Sanitation, alleges that the DWSD crackdown is part of an effort “to sweeten the pot for a private investor” to take over the city’s heavily-indebted water and sewer system as part of Detroit’s broader bankruptcy proceedings.

One of the activist groups behind the report, the Detroit People’s Water Board, notes that city residents have seen water rates more than double over the past decade at the same time that the city’s poverty rate rose to nearly 40 percent, putting the cost of basic running water beyond reach for tens of thousands of households. Earlier this week, city lawmakers voted to raise water rates by a further 8.7 percent.