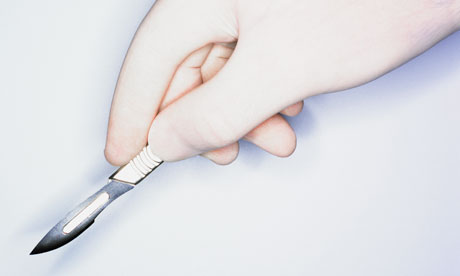 MONTGOMERY, Ala. (WIAT) — An Alabama lawmaker has a plan to permanently and physically punish someone convicted of certain sex offenses against children.

The bill, known as HB 365, would make those sex offenders have to get surgically castrated before they leave prison.

He said the bill will be for sex offenders over the age of 21 that committed sex offenses against children 12 years old and younger.

“They have marked this child for life and the punishment should fit the crime,” said Hurst.

This is not Hurst’s first time introducing the bill.

“I had people call me in the past when I introduced it and said don’t you think this is inhumane? I asked them what’s more inhumane than when you take a little infant child, and you sexually molest that infant child when the child cannot defend themselves or get away, and they have to go through all the things they have to go through. If you want to talk about inhumane–that’s inhumane,” said Hurst.

Hurst is hoping this would make sex offenders think twice.

“If we do something of this nature it would deter something like this happening again in Alabama and maybe reduce the numbers,” said Hurst.

Residents have some mixed emotions about it.

“Somebody that wants to mess with a little girl or little boy that age should be castrated, and they should not be able to mess with any other kids,” said Keith Dison.

“I understand prison and going to prison for a long time for some kind of crime like that, but to physical mutilate someone…that’s a little out there…it’s crazy,” Jessica George said.

The bill will have to pass the judiciary committee before it’s heard by the Alabama House and Senate.