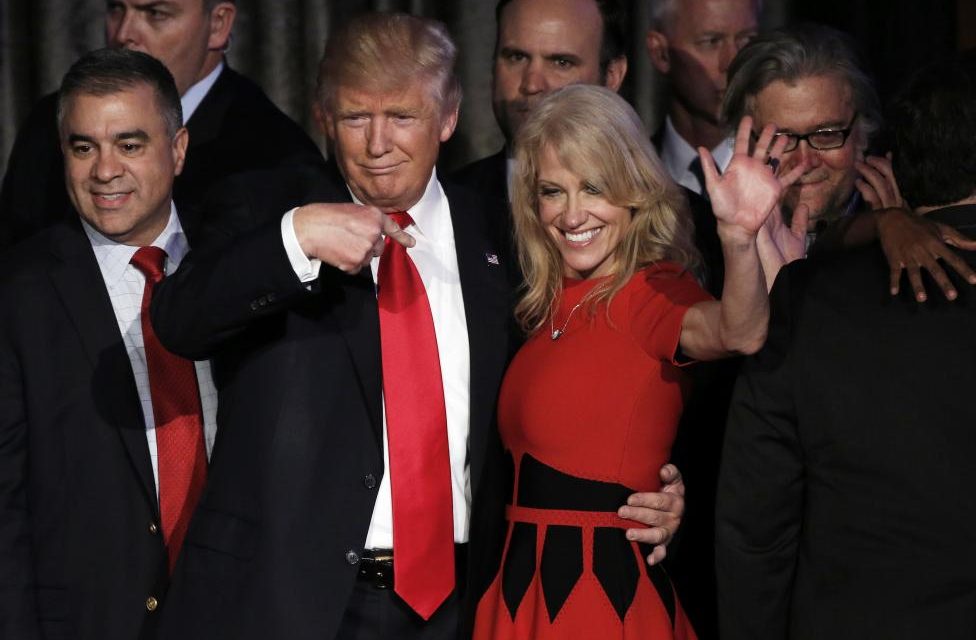 While she did not take full responsibility, Conway did blame the false claims she made during an interview with MSNBC on a fake account.

“Honest mistakes abound. Last night, prominent editor of liberal site apologized for almost running a story re: tweet from fake account.” Conway wrote on Twitter. “yet won’t name him, attack him, get the base 2 descend upon him. Same with MLKJr bust fake story. It’s called class, grace, deep breathe.”

NBC reporter texted me at 632am re:a diff story; never asked what I meant on @Hardball b4 slamming me on @TODAYshow Not cool,not journalism

2/2: yet won't name him, attack him, get the base 2 descend upon him. Same with MLKJr bust fake story. It's called class, grace, deep breath

“I bet it’s brand new information to people that President Obama had a six-month ban on the Iraqi refugee program after two Iraqis came here to this country, were radicalized and were the masterminds behind the Bowling Green massacre. Most people don’t know that because it didn’t get covered,” Conway initially said on Thursday.

Although Conway is right about Obama temporarily blocking Iraqi refugees in 2011, what she attributed to it the “Bowling Green massacre” never happened.

According to an ABC News article from 2013, the Obama administration then ceased processing Iraqi refugee applicants from entering the U.S. in 2011 for a six-month period, and “several dozen suspected terrorist bomb-makers, including some believed to have targeted American troops, may have mistakenly been allowed to move to the United States as war refugees.”

Both bans were allegedly put in place to restructure the refugee screening process from countries that were chosen by the Obama administration. The lack of Saudi Arabia is daunting, to say the least.

That’s where the comparison ends—while Obama sought to ban the single country of Iraq for 6 months, Trump is seeking to target refugees from all over the world for 120 days, and to indefinitely ban those from Syria from entering the U.S.

It’s worth noting that while Trump announced his ban publicly, Obama did not. Additionally, the countries listed on Trump’s ban are also the same seven countries that General Wesley Clark warned that people within the U.S. pentagon wanted to destabilize in 2002.

Was this the “alternative facts” universe that Kellyanne Conway was talking about, or an honest mistake? Let us know what you think in the comments!