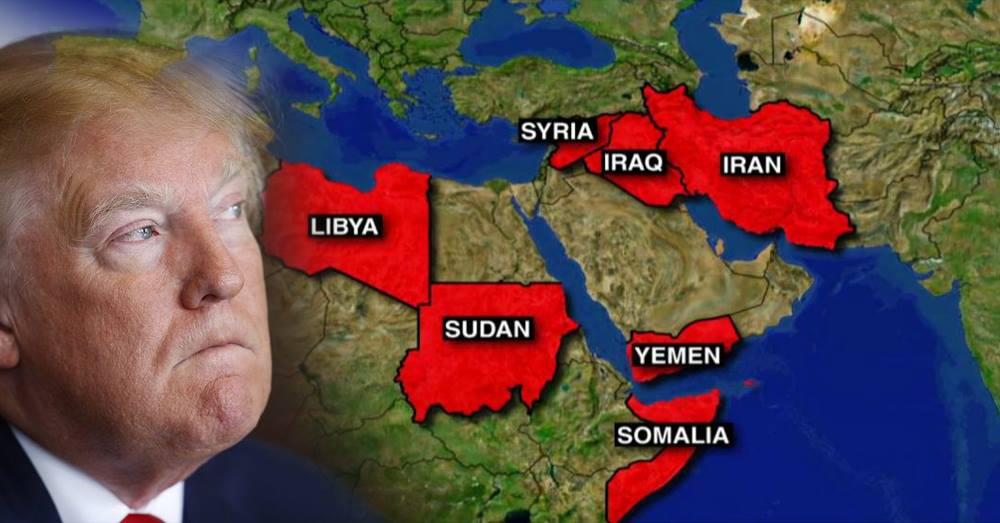 President Trump’s executive order denying entry to the United States from seven countries has created chaos and resulted in protests, but there is one major thing the public and the media are missing—these seven countries were mentioned in a crucial report from the Department of Defense in 2002.

As previously reported, Trump’s order suspends the issuing of U.S. visas or travel permits to people from Iran, Iraq, Libya, Somalia, Sudan, Syria and Yemen for 90-days. All refugee admissions from Syria are now terminated indefinitely.

The impact has been felt by individuals with visas, dual-citizens and green card-holders who are traveling between the U.S. and the countries listed on the order. This created an outcry that has been voiced through protests at airports across the United States.

Given the response to Trump’s executive order, it does raise the question… Where was the outrage when President Obama was bombing these countries and destabilizing them in the first place?

The debate has now turned to whether this is a ban on Muslims, because the five countries with the greatest Muslim majorities were not included on the list.

Former New York City Mayor Rudy Giuliani said on Saturday that Trump reached out to him about the process of legally creating and implementing a “Muslim ban.”

“I’ll tell you the whole history of it: When he first announced it, he said ‘Muslim ban,'” Giuliani said. “He called me up, he said, ‘Put a commission together, show me the right way to do it legally.’”

It is important to note that the list of countries was not created by Trump—it was actually created by Obama. In December 2015, Obama signed the “Visa Waiver Program Improvement and Terrorist Travel Prevention Act” into law, which restricted access to the Visa Waiver Program that allows citizens from 38 countries to visit the U.S. for up to 90 days without a visa.

It is not just Obama’s polices that are being implemented, it is also the policies from former President George W. Bush. The seven countries that Trump restricted travel from, are the same countries that U.S. General and former NATO commander Wesley Clark mentioned when he exposed the Pentagon’s plan to destabilize those countries in 2002.

This issue is very concerning, because we have seen Bush’s foreign policies and  Obama’s foreign policies push for destabilization in the Middle East, while ignoring countries like Saudi Arabia that have actually had a hand in supporting terrorism.

While the left and right argue, lying in order to protect their tribal sides, it is crucial to look at how Trump’s foreign policy is fitting in the context of the foreign policies promoted by past administrations.

What do you think about Trump Travel Ban? Let us know in the comments!