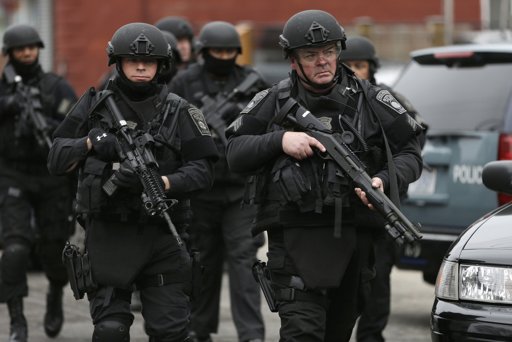 Cops have killed well over 5,000 Americans since 9/11. Many of these killings have occurred during no-knock raids, which have risen by 4000% since the 1980s.

Iraqi insurgents, by comparison, have killed around 3,500 Americans in Iraq since 9/11 in Operation Iraqi “Freedom.”

Afghan insurgents have killed around 2,000 Americans in Afghanistan since 9/11 in Operation Enduring “Freedom.”

The police are getting paid with our money to go on shooting sprees and they are killing more of us than the terrorists from whom they “protect” us.

Do not be too surprised. This data is to be expected; it naturally fits with the fact that the State uses “counter-terrorism” as a means to oppress and initiate violence against the population. In fact, you are eight times more likely to be killed by a cop than by an actual “terrorist.”

As of 2010 the compared data lifted from Cato’s NPMSRP shows that the reports of police committing sexual assault amounted to more than 2 times the reports in the entire general population.

If officer-involved killings were prosecuted as murder, the murder rate for law enforcement officers would exceed the general population murder rate by at least 472%. And these are only the reported incidents. The vast majority of police misconduct and abuse is unreported. Who knows what the actual total is.

Excerpt from compared data between Cato’s NPMSR and the DOJ’s UCR for police homicide and sexual assault.

While we’re at it, over a quarter of a billion human beings were killed by government last century alone, making government the leading cause of unnatural death in the 20th century. This doesn’t include casualties from all the wars that governments started to “protect” us.

The number of Americans in prison now exceeds the number of high school teachers and engineers. There are at least 7.3 million Americans locked in captivity or under federal control as you read this, the majority of whom are non-violent (for example, they were caught ingesting a plant that the government claims is “illegal”).

One in 25 Americans were arrested as of 2011. The number may be even higher now.

Friends, don’t listen to anybody who tells you it’s “just a few bad apples.” The whole barrel is rotten.