America’s secret history of forced sterilization: Remembering a disturbing and not-so-distant past 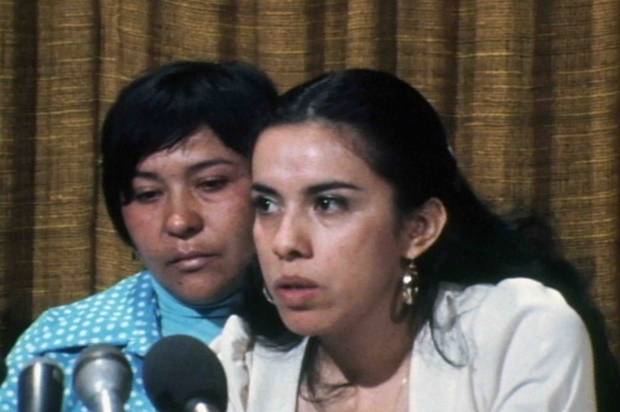 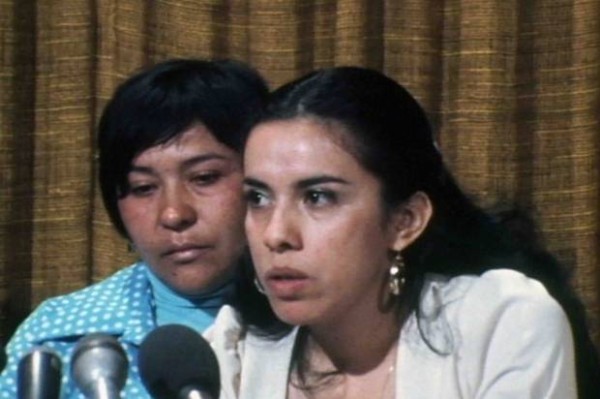 Writing for the majority in the Supreme Court’s landmark case, Buck v. Bell, Justice Oliver Wendell Holmes Jr. described Charlottesville native Carrie Buck as the “probable potential parent of socially inadequate offspring, likewise afflicted,” writing that “her welfare and that of society will be promoted by her sterilization.” In that ruling, the Court found that that the Virginia Sterilization Act, under which Carrie was sterilized, was Constitutional. Citing the best interests of the state, Justice Holmes affirmed that Virginia’s law was valuable, and that laws like it could prevent the country from being “swamped with incompetence.” The Court accepted, without evidence, that Carrie and her mother were promiscuous and that therefore, the three generations of Bucks shared the genetic trait of feeblemindedness. Based on this assessment, the Court found that it was in the state’s best interest to have Carrie Buck sterilized. The ruling was considered a major victory for eugenicists.

In Monday’s PBS documentary premiere, “No Más Bebés,” Maria Hurtado speaks of the moment she realized that she couldn’t have more children, “They must’ve thought, ‘this woman has so many kids, we’ll just sew her up, so she won’t know that we did the operation.’” Mrs. Hurtado is one of ten plaintiffs who filed a civil rights lawsuit against doctors at the Los Angeles County USC Medical Center, claiming that they were sterilized without their consent. Another woman, Conseulo Hermosillo, then 23 years old, didn’t realized that she had been sterilized until she asked her doctor for birth control. Maria Figueroa was raising her young children in East Los Angeles when she learned that she’d been sterilized. Dolores Madrigal and her husband were saving up for a house and more children by working factory jobs. When they learned that Dolores had been sterilized, her family broke apart, as she and her husband dealt with the pain and anger of their crushed dreams. In “No Más Bebés,” filmmaker Renee Tajima-Peña tells the story of these Mexican immigrant women who sued a powerful hospital, county doctors, the state of California and the U.S. Government after having been sterilized without their consent.

In the early and mid 1970s a young Dr. Bernard Rosenfeld, working in the obstetrics ward of the L.A. County USC Medical Center in the predominantly Latino Boyle Heights neighborhood of East L.A., began to notice that immigrant women, not fluent in English, were being pushed into tubal ligations while they were in the active late stages of labor. Several of the women in the film remember the moment, while being rushed into the operating room for an emergency C-section, that they were given a piece of paper, in English, to sign. Over several years, Dr. Rosenfeld covertly gathered proof of these sterilizations and sought out the help of a young Chicana attorney, Antonia Hernández, to bring a legal challenge. In 1978, after months of tracking down the women who had been sterilized, Hernández and her clients brought a lawsuit, Madrigal v. Quilligan, and asserted that their right to bear children had been violated by coercive sterilization. Anchoring the argument to Roe v. Wade and Griswold v. Connecticut, Hernandez’ legal strategy was to prove that there is an established individual right to procreate. “No Más Bebés” tells the story of their fight to stop the practice of sterilization without consent.

This fight to end such coercive sterilization practices brought up some rifts in the feminist movement. In the 70s, as Chicana feminists were railing against the practice of sterilization without consent, white feminists were fighting for the right to an abortion. Laura Jimenez, the Executive Director of California Latinas for Reproductive Justice tells Salon that mainstream feminism has been defined by issues of abortion and contraceptive access, and the right of women to not have children, while women of color, “have had to fight for our right to have children consistently, sterilization abuse being just one example of this struggle.” Finding partners and allies in their efforts proved to be a challenge for the Chicana feminist leaders of the 60s and 70s. Activist Gloria Molina recalls the pushback they faced when they brought their concerns to the male-led Chicano movement of the time, who often diminished or delayed centering women’s issues within their advocacy efforts. Seeking solidarity from fellow feminists, Chicana activists approached the Los Angeles chapter of the National Organization for Women. The NOW chapter refused to support their call for laws mandating a waiting period for sterilization, not wanting to add any burden for those women seeking sterilization on demand.

Jimenez thinks it important to shine a light on a chapter of reproductive rights history that often goes untold. “It is important to see the issue of sterilization abuse in the context of a historical legacy of reproductive oppression of women of color and poor women, and as with other eugenic strategies, part of a larger ideology to control the reproduction of certain communities,” Jimenez said.

In 1965 a government film, “Fertility Control and the Physician,” showed a tubal ligation procedure and was intended as a training film for doctors to encourage them to control the birth rate of poor populations. In fact, Madrigal v. Quilligan came at a time when population control hysteria was at a high, in the wake of Paul Ehrlich’s influential book, “The Population Bomb.” In his book, Ehrlich’s now-debunked warning is that if birth rates are not lowered drastically, the planet faced an apocalyptic scenario of devastation and famine. The first line reads, “The battle to feed all of humanity is over.”

Scholar Natalie Lira, offers important historical context, telling Salon that in the early 1920s, 32 states around the country had eugenic sterilization laws like California’s. While the L.A. County hospital and doctors vehemently deny any eugenic or population control intent, Lira tells Salon, “sterilizations were cast as part treatment and part prevention. The idea was that people who were committed to these institutions were incapable of being fit parents and, furthermore, they were genetically unfit themselves and should be sterilized to prevent degeneracy. This fell in line with the eugenic ideology of managing reproduction for the benefit of humankind. Of course, eugenic notions of fitness were greatly influenced by race, class, gender and sexuality.” Dr. Lira who is co-leading an interdisciplinary team of researchers and students at the University of Michigan to study the phenomenon of eugenic sterilizations, says that approximately 20,000 sterilizations (of approx. 60,000 nationwide) took place in California between 1920 and 1950. After that time, formalized eugenic practices fell out of favor due to hatred of the Nazi eugenic practices.

But the phenomenon of coercive sterilization continues on. As recently as few years ago, California was back in the news as The Center for Investigative Reporting released a report on the sterilization abuse of incarcerated women. Filmmaker Renee Tajima-Peña finds a strong parallel in this case, telling Salon,

“We met some of the women who had been sterilized in California prisons, as well as filmmakers who are documenting that story. It was stunning how similar the experiences of incarcerated women were to the women in our film.”

Historian Virgina Espino, producer of “No Más Bebés,” situates the story in a long history of reproductive injustice. “Bodily autonomy is key to the story and the Madrigal plaintiffs are very clear about this,” Espino said. “They were clear in ’75 and they are clear today.”

Ultimately, in his 1978 ruling, Judge Jesse Curtis acknowledged that while the women had “suffered severe emotional and physical stress because of these operations,” he refused to blame County General physicians for what he called “a breakdown in communication between the patients and the doctors.” In 1979, California’s sterilization law was repealed and, the U.S. Department of Health, Education and Welfare implemented new sterilization guidelines for those sterilizations performed with public funds. In 2013, the North Carolina state legislature approved $10 million in compensation for the men and women who were victims of eugenics between 1929 and 1974, with the state of Virginia following suit in March of 2015. In 2003, California officially apologized to victims of the state’s sterilization program, but there has yet to be any offer of compensation.