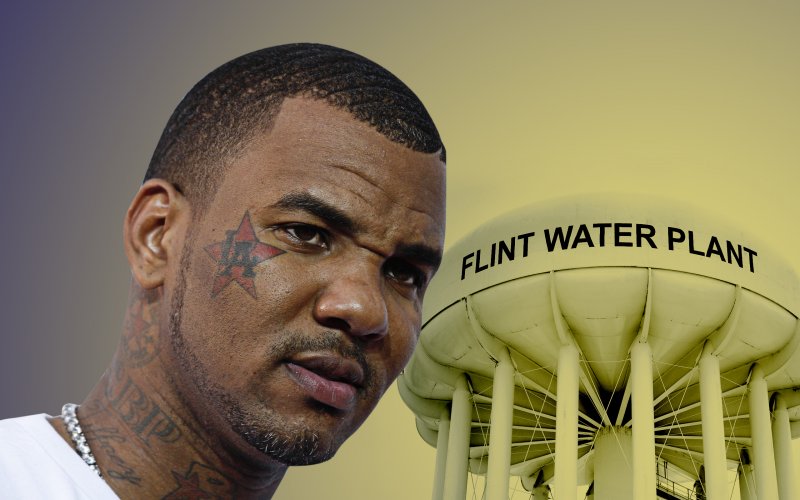 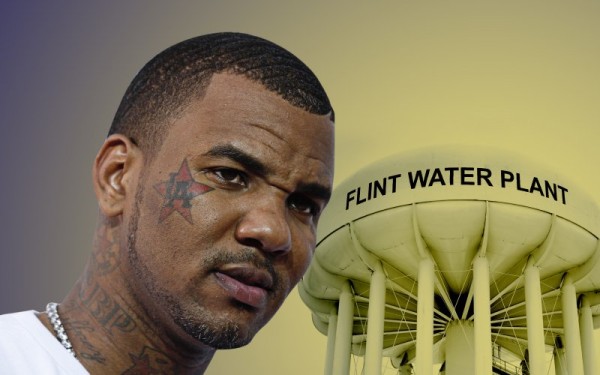 The platinum-selling rapper donated half a million dollars to provide water to Flint, Michigan. He discusses why he opened his wallet and pseudo-philanthropic celebs.
The Game took some time out from his busy schedule of beefing with Young Thug, posting thirst traps, and releasing a line of emojis for a very good cause: donating $500,000 towards providing water to the people of Flint, Michigan. And yes, we have the receipts.
On Tuesday, the Compton rapper posted a picture to his Instagram account of a wire transfer from his charity, the Robin Hood Project, to Avita for half a million bucks. Avita, an artesian alkaline water company, is matching The Game’s $500,000 for a grand total of $1,000,000. It’s the biggest public celebrity donation so far to Flint, which is in the throes of a federal emergency after it came to light that its water supply contained high levels of lead, poisoning its people. Experts estimate that roughly 8,000 to 9,000 children under the age of six may have suffered permanent brain damage after being exposed to the tainted water. And that’s just the kids.
“It’s obviously a very big deal and a tragedy in Flint, and I saw people donating small amounts, and I just thought I’d go above and beyond that,” says The Game. “So I donated the funds from the first 11 shows of my European tour. Avita matched it and they’ll be one million bottles of water given out—33,000 bottles of water at a time because of trucking and shipping it in and out. It’s not easy shipping it out because of the snowstorms, and trucks being backed up. But we’ll get it there, however long it takes.”

The Game isn’t the only celebrity who’s come onboard to help. Pop diva Cher got the ball rolling, donating 180,000 bottles of water; Mark Wahlberg and Diddy’s AQUAhydrate, joined by Eminem and Wiz Khalifa, pledged one million bottles; Meek Mill donated $50,000; and Madonna and Jimmy Fallon forked over $10,000 apiece.
In his Instagram post, The Game also called out celebs like Madonna and Fallon for donating only $10,000, which he felt was insufficient given their immense wealth.